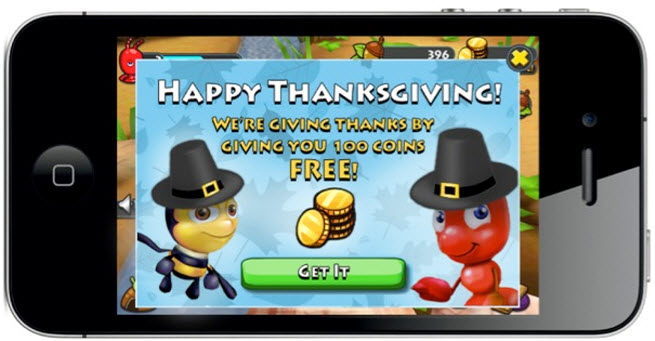 PlayHaven, a real-time mobile marketing startup that has enabled a four-fold increase in in-app purchases for its game developer customers, is adding new monetization features that will help developers make even more money.

PlayHaven’s new monetization features use analytics and user segmentation to help developers target their best customers with offers that can generate more revenues over the life of the audience members. The company’s pitching the features unofficially as “Zynga in a box,” since, like Zynga does on Facebook, they make actionable analytics available to developers as a convenience. The offers can be changed on the fly, in real-time, to get the best results.

The new features are being added to PlayHaven’s existing in-game marketing platform, which works by adding an HTML5 layer on top of games, which can run in a native format on the iPhone. The layer, dubbed a “dynamic overlay,” is something that developers can easily tweak themselves. That’s important since they don’t have to wait for Apple to approve a submitted update. If the developers want to change a feature for a user, for example, they can do so instantly. Such real-time offers are much more effective, resulting in higher user response. 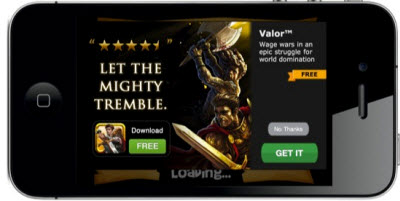 “You can dynamically change what you show the user at any given time without interrupting the game,” said chief executive Andy Yang. “Publishers can now take control of this completely.”

With the monetization features, PlayHaven can help game companies maximize profits by segmenting and managing customers. The tools can generate real-time metrics and insight that are actionable. Yang said that these features can help sort customers into batches of “minnows,” who can be monetized with ads but never have to pay for anything; “dolphins,” who are regular customers who come back often; and “whales,” who make huge in-app purchases. PlayHaven says it can help convert users to pay via up-sell and cross-sell tactics.

Developers can use the tools to segment their customers by purchase behavior, country or region, device, game version, and level of engagement. PlayHaven will offer virtual-good promotions and the ability to capture emails. Two customers are testing the system now.

“We are not just giving you data,” Yang said. “We let you do something about it in real time.”

San Francisco-based PlayHaven is announcing the new features at the Mobile World Congress event in Barcelona.

Since our last story in September, PlayHaven has had some good traction. It has tripled the number of monthly sessions by people who play its customers’ games. It has been integrated into 1,200 titles, up 300. And it has doubled the number of employees to 25. New customers include Disney Mobile, Digital Chocolate, Pocket Gems, Halfbrick, Natural Motion, and Breaktime Studios.

Yang says that customers using PlayHaven have seen their daily active users grow two-fold. Their in-app purchases have grown as much as four times, thanks mainly to a feature called “announcements.” And their ad revenues generate the best eCPMs (effective cost per thousand impressions) in the market.

This kind of non-incentivized promotion is working extremely well right now because of a change in the market. Apple has banned incentivized installs, such as those offered by game maker Tapjoy in the past. Apple didn’t like the fact that companies could effectively buy their way into top-seller lists by bribing users to accept apps they really didn’t want in exchange for rewards in games they really liked. Now that incentivized installs are banned, the non-incentivized promotions are taking off, Yang said.

PlayHaven also has a feature called More Games, which allows a publisher to show more titles to a user without interrupting the game experience, like monetizing with a banner ad without the need for an actual banner. And PlayHaven can run interstitial ads within a game, showing a video ad when a player reaches a certain point.

Yang said that the company is doing well even as developers deal with market changes such as Apple’s recent crackdown on copycat titles and third-party marketing services that use bot farms to push titles higher in the App Store rankings.

Not bad for a company that has had three pivots. PlayHaven started as MyGameMug, a social network for gamers, in 2008. The founders, Raymond Lau, Erik Yao, and Kurtiss Hare, then switched to creating communities for mobile games in 2009. That generated a lot of users but was hard to monetize. During the last change, the founders departed and Yang took over. He is counseled by chairman Mark Jung and advisors Bill Lee, Kevin Dent, and Ken Keller. They encouraged the company to attack the distribution problem by taking a previously developed cross-promotion widget and turning it into the company’s main business. That turned into the non-incentivized install business.

To date, Playhaven has raised $3 million. Rivals in the business include companies such as Tapjoy and Flurry.