Virtual goods sales are starting to look better than real world goods sales these days. PlaySpan announced today that it has raised $16.8 million for its virtual goods platform and online payments business for online games.

Karl Mehta, chief executive of the Santa Clara, Calif.-based company said PlaySpan will use the money to expand into new markets overseas and investigate opportunities for its platform on social networks. The company makes both the system that lets game publishers charge players for digital goods and the payment system that gamers use to pay.

PlaySpan is cashing in on the trend toward free-to-play games, a model popularized in Asia in which users play for free but pay for upgrades to their characters and capabilities. The free-to-play genre is one of the fastest growing segments of the business, giving game publishers a host of new revenue options besides advertising and subscriptions. Players like it because they get more control over their gaming experience, paying as much or as little as they want, based on their progress in a game.

“Game companies are realizing they can make additional money if they have an infrastructure for electronic commerce,” Mehta said.

PlaySpan isn’t the first to offer this kind of infrastructure. But it does supply a convenient system and a different take on the business. Earlier models for digital goods were often set up without game publishers’ permission. That resulted in a lot of fraud, poor quality and annoyed game publishers who felt the secondary market operators were parasites. They’re called secondary markets because players are reselling what they’ve earned.

Companies like Player Auctions (based on Korea’s Itemmania virtual goods platform) continue to operate secondary marketplaces for games without permission. Live Gamer, based in New York, has successfully set up a number of secondary markets, where players trade directly with other players with the permission of game publishers. A dozen or so big companies, including Sony, have signed up with Live Gamer.

But PlaySpan focuses mainly on helping game publishers set up primary markets. In that business, it competes with Twofish, which raised $4.5 million in October. PlaySpan indexes all of the items in a game and markets them to gamers based on relevancy.

It takes into account a player’s character and experience level, then offers a virtual good just when a player needs it most, like on the 11th level of a game where a player needs a special sword to defeat a particular enemy. Within the game itself, a screen pops up and the player can buy the sword instantly, without needing to enter a credit card number.

Since the amount of money is so small, it’s like an impulse purchase, Mehta said. PlaySpan also offers secondary markets where players sell to other players, but that’s not its main focus. Generally, the company gets about a 10 percent fee on every transaction.

PlaySpan was founded in 2006 and raised its first round last year. A year ago, it had one employee — now it has 80. As it moves into social networking, it may run into virtual gift services such as Viximo. 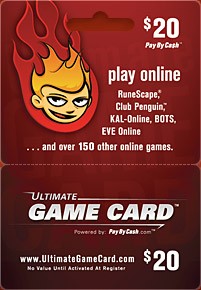 To make its system work seamlessly, PlaySpan bought PayByCash, an online payment company, earlier this year. PayByCash has more than 70 payment solutions in 180 countries. It offers a prepaid Ultimate Game Card that retailers can sell to gamers who don’t have credit cards. The cards are available in 20,000 stores and can be used in more than 200 online games. The PayByCash business competes with eBay’s PayPal and other prepaid card vendors.

Investors in the second round include Easton Capital Group, Menlo Mentures, Novel TMT Ventures, STIC and other undisclosed investors. To date, the company has raised $24 million.