Sony’s gaming brand is 20 years old today. To celebrate, we decided to look at 20 games from all of Sony’s consoles that helped to define the PlayStation experience.

Note that this isn’t necessarily a list of the best PlayStation experiences but rather the games that were most important to the establishment, growth, and popularization of the brand.

What it was: Twisted Metal was a car-combat game featuring plenty of violence and multiplayer fun.

Why it was important for PlayStation: Nintendo was increasingly becoming known as a kid-friendly company, a reputation that it still faces. Meanwhile, Twisted Metal was the epitome of an anti-Nintendo game. Like Mortal Kombat before it, Twisted Metal reveled in its own violence. It helped to make the PlayStation brand seem edgy.

What it was: Crash Bandicoot was a3D platformer starring a cartoony bandicoot who had to jump and spin his way through box-filled levels.

Why it was important for PlayStation: Crash gave the PlayStation brand its first mascot. While this might not seem important today, system mascots were a big deal in the ’90s. Mario and Sonic were the faces of their companies, and Crash served the same function for Sony’s gaming division.

This was also the first PlayStation game that Naughty Dog developed. The studio would go on to have a long, fruitful relationship with the brand. 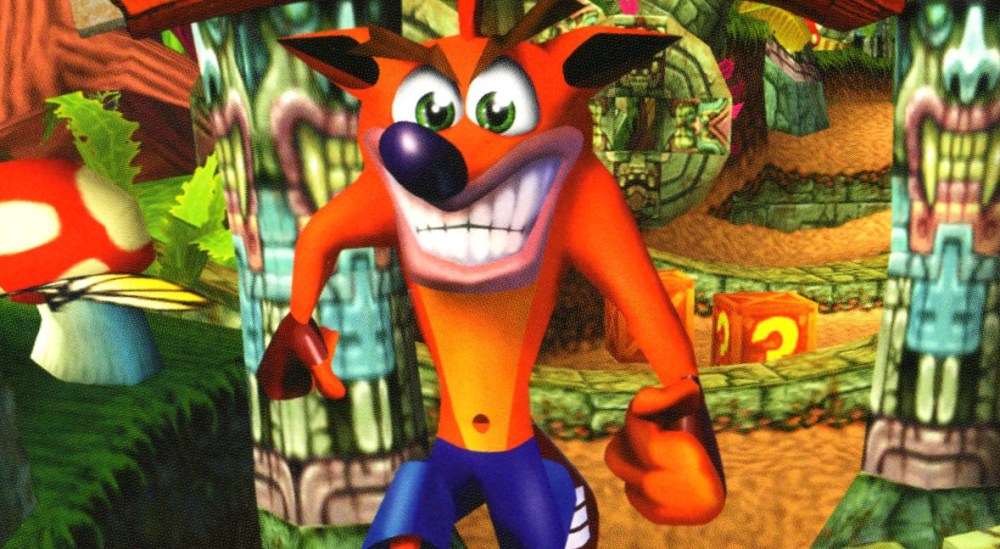 What it was: This was a 2D sidecroller set in the bizarre land of Oddworld, a disgusting, industrial place where the weird creature Abe has to stop an evil company from turning his species into food.

Why it was important for PlayStation: Crash Bandicoot gave the PlayStation its Mario competitor, but Abe’s Oddysee scratched the 2D platformer itch. Even the Nintendo 64 still had sidescrollers like Yoshi’s Story, but that game looked quaint when compared to Oddworld’s darker world and demanding gameplay.

What it was: This was the first installment in the popular role-playing game series to not appear on a Nintendo system. Final Fantasy VII featured an epic story set in fantasy/steampunk world.

Why it was important for PlayStation: First off, Final Fantasy was previously a Nintendo franchise. Jumping ship to the PlayStation brand was a big deal, and in many ways, it started the Nintendo console stigma of lacking third-party games that still exists today.

Besides that, Final Fantasy VII was a huge hit, featuring an epic story, 3D graphics, and prerendered cutscenes that seemed ahead of its time. Even if you haven’t played it, you probably know who Cloud and Sephiroth are. 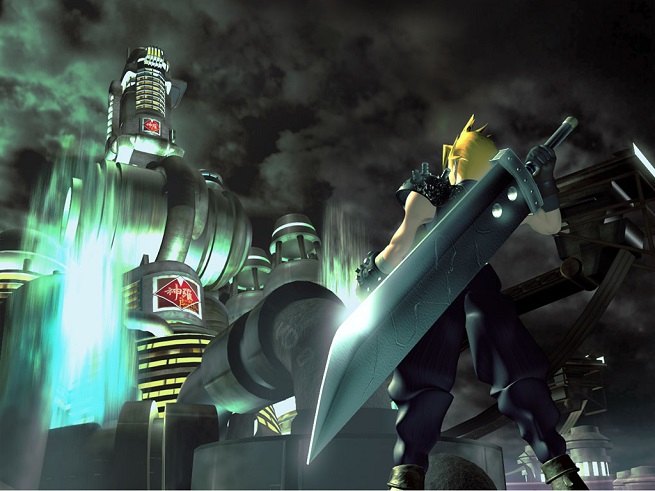 Above: It was kind of a big deal.

What it was: Symphony of the Night was a 2D action-platformer that added elements of exploration to the Castlevania series.

Why it was important for PlayStation: Speaking of cool 2D sidescrollers, Symphony of the Night remains a favorite entry for many fans of the Castlevania series. Traditional Castelavania games were linear and slow, but Symphony of the Night added elements from Metroid and role-playing games to create something new — the “Metroidvania.”

Symphony of the Night proved that not every franchise needed to move to 3D to stay relevant. While the PlayStation got this great sidescroller, the Nintendo 64 got the ill-received Castlevania 64.

What it was: Parappa the Rapper was a music-based game starring a bunch of characters who were as thin as paper.

Why it was important for PlayStation: Parappa the Rapper was fun, but it was also joyously weird. Although most PlayStation games take a more realistic approach these days, that flavor of oddity was a staple of the PlayStation brand for many years. 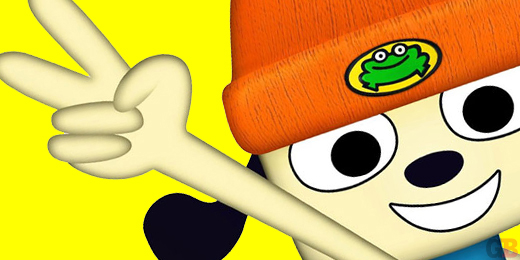 Above: What’s so weird about a flat cartoon dog who raps?

What it was: Gran Turismo was a realistic racing game.

Why it was important for PlayStation: While other racing games were cartoony or arcadey, Gran Turismo tried to emulate the real thing. It featured actual cars and tracks, and it was the system’s best-selling game. It quickly became one of Sony’s most important franchises.

What it was: Metal Gear Solid was a 3D action game that focused on stealth. Players took control of Solid Snake, a man on a mission to stop terrorists from launching a nuclear attack.

Why it was important for PlayStation: Metal Gear Solid might be the original PlayStation’s most critically acclaimed game. It featured a gripping, intriguing story (with every line from a voice actor) and memorable characters, and its stealth-based gameplay was a refreshing change from the faster-paced action of other games.

It also gave the PlayStation a hit that could counter Nintendo’s The Legend of Zelda: Ocarina of Time, which came out just a month later. 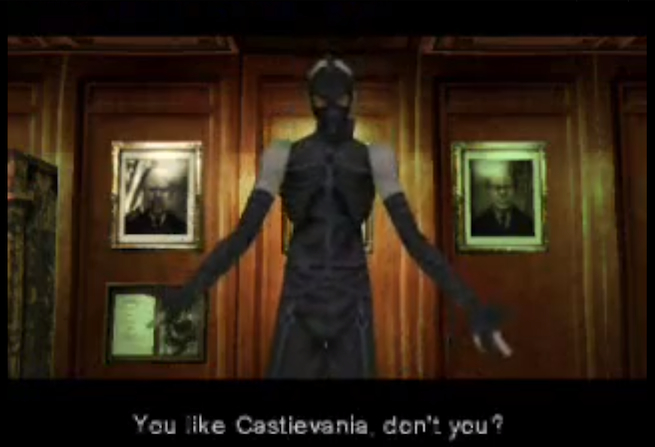 Above: How did he know that?!

What it was: This was a skating game that focused on over-the-top trick and grinding combos. It starred famous boarders from the day, including the game’s namesake, Tony Hawk.

Why it was important for PlayStation: Tony Hawk would later see release on the Nintendo 64 and Dreamcast, but most people still associate the game (and even the series) with the original PlayStation. Tony Hawk’s Pro Skater was a perfect bookend for the PlayStation’s dominance of the late ’90s. It was cool, hip, and incredibly popular, just like the system itself. The success of this game would result in over a dozen sequels and spin-offs.