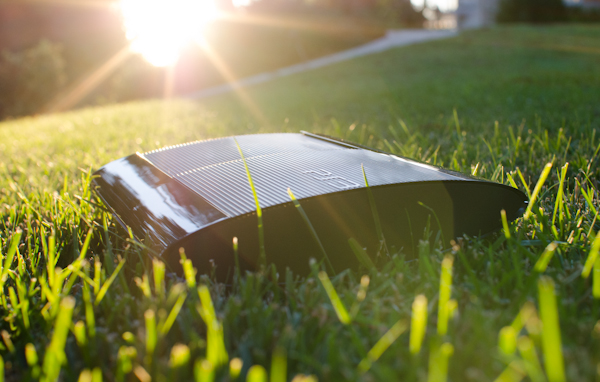 Sony just released its fifth iteration of the PlayStation 3 game console (affectionately named the “Super Slim.”) This new version is basically the same as the original PS3 that debuted in 2006 and is almost technologically identical to the Slim that hit stores in 2009, though it is not backwards compatible for PlayStation 2 titles. Sony will offer three models of the Super Slim: the 250GB (of internal storage) model ($270, tested in this review), the 500GB model ($300, due out Oct. 30 in North America, and currently available in Europe and Japan), and a 12GB Flash memory-only model that’s only available in Europe.

So, how is the Super Slim? It’s ugly and clunky, but it might have a redeeming quality or two. 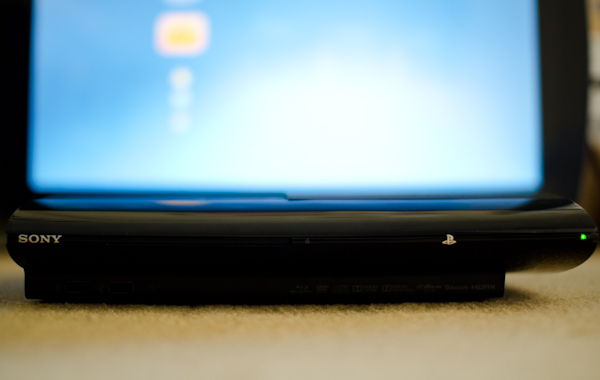 I’ve found only two good reasons to buy the Super Slim. Either you don’t actually own a PS3 and decided that this holiday is the special one, or you have one of the original “fat” models and want to upgrade. But the few additional features in the Super Slim don’t warrant a new purchase for those with older PS3s. And since any PS3 allows for simple hard drive upgrades, it’s much cheaper to buy a new drive than buying a whole new console if you want more space.

The biggest difference between the Super Slim and previous PS3 models is the power supply (PSU, or power supply unit). The 190W PSU uses half the power of the original PS3, which besides being one of the largest game consoles in history also has a massive 380W PSU. You won’t see a major difference in your electric bill if you own the PS3 Slim. Depending on which model, the Slim already thinned out with either a 250W, 230W, or 200W PSU.

The Super Slim does offer one major improvement: quiet fans. The Super Slim is the quietest home console I’ve ever used. It’s silent compared to the jumbo jet Xbox 360 Slim and even a whisper side-by-side with the Wii. You can leave it on by accident and not notice because it’s so quiet. This is where the 190W PSU really comes in handy.

It’s all downhill from there. The new look is as drastic a change from the past models as it can be without becoming a 360. It’s glossy on the front and back and with a ridged, matte finish on the Blu-ray tray; I haven’t seen an uglier home console in over 10 years. Just take a look at the gallery below and judge for yourself. It can stand upright, but I wouldn’t recommend it without a stand; the featherweight 4.62 pound console is easy to tip over with a gentle push.

What makes the Super Slim the ugly duckling of the PS3 family is the new Blu-ray tray, which opens with a spring-release button. You know, instead of a mechanical or touch-sensitive button like most Blu-ray, DVD, and CD-ROM drives have had years. The Super Slim has an actual spring-action lock to open up the try. Press a button and the top of the tray flings open to reveal the disc tray.

Compared to the original PS3 — which uses touch sensors for the power and disc removal buttons — the Super Slim looks and feels like Sony spent millions of dollars to build a device that would look futuristic … in the ’80s.

I understand that Sony wants to keep costs down, but the Super Slim is actually more expensive than the past Slim model, which still sells for $250. It may be lighter and thinner, and it may sell as a bundle with a year-old game (Uncharted 3: Drake’s Deception — Game of the Year Edition, a popular third person action-adventure), $30 of in-game currency for the upcoming free-to-play online first-person shooter Dust 514, and a month of PlayStation Plus. But a cheaper-looking and -feeling console that’s more expensive? That’s ridiculous.

All that additional $20 really pays for is the step up from a 120GB hard drive to 250GB one, which doubles the storage capacity but doesn’t increase speed. That makes it great for downloading movies, TV shows, and storing all of your game installs while rarely worrying about running out of space. Anyone who uses their PS3 as a media center or who takes full advantage of Sony’s initiative to make new games available for direct download upon release will love the bigger drive. But it’s nothing that any current PS3 owner can’t already get for just $50, a screwdriver, and half hour or so to switch out hard drives. 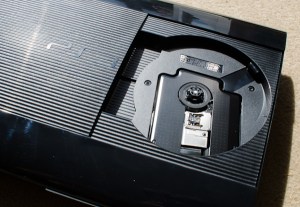 The Super Slim still comes with built-in Wi-Fi, only two USB 2.0 ports (compared to the first two models’ four ports), and ships without an HDMI cable. It’s actually amazing that Sony is shipping a game console in 2012 without any HD cables. Thankfully, they’re as quite affordable (as long as you avoid retailers such as Best Buy).

All of the software is identical across all PS3 models. Applications and games run and load at the same speed on all iterations of the PS3. Games download and install just as fast. 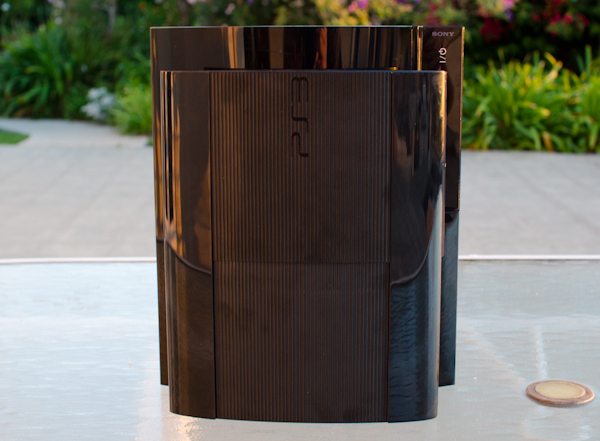 The Super Slim is not worth upgrading to for those who already own a PS3. It’s more expensive than past Slim models, and today you can find older model PlayStation 3 units for less than $150. The Slim models (that’s the last generation PS3 models) are still available for $250 and $300, and frankly are better deals than the new Super Slim.

The Super Slim does have two reasons that make it worthy of a recommendation for potential first-time buyers PS3 or would-be upgraders. The first is if you use your PS3 to stream a lot of Internet video services like Hulu or Amazon Prime (or if you live in Europe or Japan and stream TV through the console), then you probably have some dark, quiet hole that the Super Slim can hide away in and never be seen. Sure, the disc tray will be a pain to use, but for all of your streaming content, a growing list of PS3 games that are fully downloadable, and a PlayStation Plus account, who needs discs?

The second is for the peace and quiet that the Super Slim affords. It’s not competitively priced with older models, but if you hate hearing anything except your speakers when playing, then the Super Slim is for you. No other PS3 — or any other home console — is as quiet as the Super Slim, so you won’t need to anger your neighbors with obnoxiously loud audio to drown out jet engine fan in the living room. But if you’re seriously considering the Super Slim, I recommend that you wait for the 500GB Assassin’s Creed 3 bundle. It’s $300 but crams double the capacity and a new game we’re actually excited about in the same machine for just $30 more.

The PlayStation 3 Super Slim unit tested was provided by Sony.