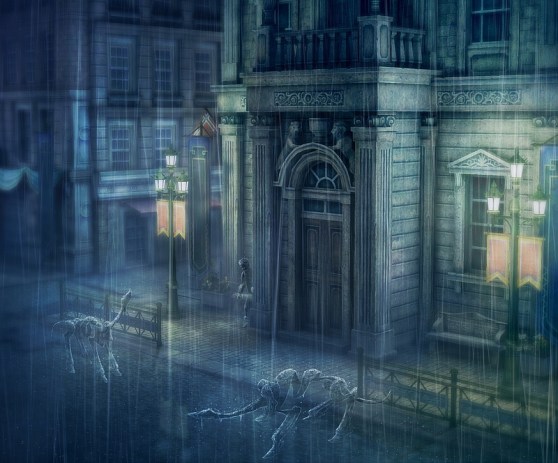 Sony started off the press demo of Rain with a PowerPoint presentation — usually not a good sign. Director Yuki Ikeda rattled off a bunch of feelings he hopes his upcoming PlayStation Network stealth/adventure game will capture: “lost,” “uncertainty,” “curiosity” … .

These words reminded me of the emotions I felt while playing another PSN adventure: Journey. That 2012 game of the year (contender for some, winner for others) is one of those “everyone will get something different out of it” experiences, and Rain certainly feels like that.

It does have a more structured story than Journey — at least initially. “One morning, he sees an invisible girl with a silhouette in the rain,” said Ikeda of the young, mute protagonist. “He sees that she’s been followed by an invisible creature. He chases after her to save her, and while following her, he somehow enters the mysterious world of Rain. He learns that he, too, has become invisible.” Throughout the demo, we saw glimpses of the girl in danger, and we continue to run after her in silence, never quite catching up, never quite understanding what’s going on. It’s very dreamlike and surreal — much like Journey. 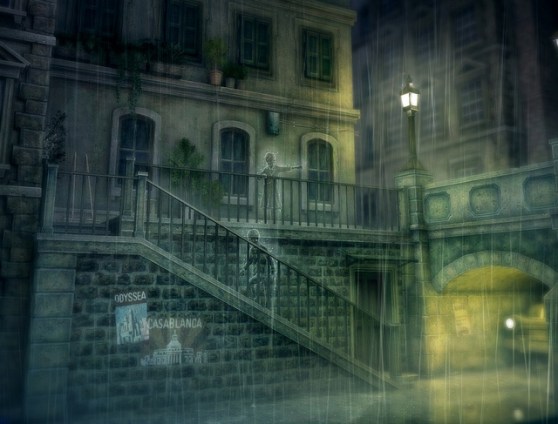 Some people will see Rain simply for the stealthy gameplay: Our ghostly main character only becomes visible when directly under the ever-present (and slightly depressing) downpour. It helps him stay grounded as a physical presence in this supernatural story, but it also exposes him to danger, such as the demonish hounds who constantly stalk and kill him if they see or hear him. If the boy ducks under cover, the rain will stop outlining him, and he’ll vanish, leaving only wet footsteps as a trace of where he’s actually at.

He can use this water-based mechanic to lure the creatures to certain areas (to knock over scaffolding to create new sections to climb on, for example) or simply to get them to stop blocking the exit out of a street. He can also purposely step on large puddles to create noise to draw enemies to him. Think of the boy as Sam Fisher, the sneaky agent in the Splinter Cell series, using dry cover (shadows for Fisher) or splashing (sounds) to manipulate foes in order to get around them more easily.

Only Rain’s main character has no guns, spy cameras, flashbangs, or night-vision goggles. He’s armed with nothing, in fact, and those threatening him operate under the exact same rain-cover conditions. He can’t even run very quickly. This leaves players with a very vulnerable child character who’s at the mercy of the dark, dangerous, and foreign world around him. And that’s really what Rain is getting at.

“I remember the sadness and the fear I felt as a child getting lost,” said Ikeda. “But as an adult, if I go to a new place and get lost, I feel excitement. I wanted to combine those two emotions into Rain.”

Certainly it works, at least from the few minutes of live gameplay we’ve seen so far. The oppressive gray city, the relentless rain, and the haunting soundtrack may not initially remind anyone of the more whimsical and colorful Journey, but the feelings are the same: lost, uncertainty, curiosity … .

And similarly to how a mysterious second player from somewhere in the Internet may just suddenly join you in Journey, providing much-needed companionship in that otherwise isolated adventure, Ikeda is going for a similar effect: “Initially, when making the game, I only had the boy by himself. But when I was playing it, I noticed it was really lonely and sad, so I decided to add the little girl.”

Rain is due out later in 2013. See below for more screenshots and a gameplay video.