With the opening of their market to consoles, China rolled out new guidelines that publishers would have to meet. A newly formed panel reviews all games against these guidelines, with those receiving clearance seeing approval in as early as 20 days. Most guidelines would have the panel passing on games that go against China’s culture or rules. For example, works banning gambling or promoting drug use would receive bans.

These guidelines are certainly a step forward for the country, and dozens of publishers have expressed interest in releasing their top franchises on the PlayStation 4. But the door isn’t wide open yet. Newzoo’s Peter Warman says that he’s not fully convinced that these changes will lead to an easier entry for Western companies.

“Opening up the market for official console sales means officially agreeing to regulations set by the Chinese government and that could turn out to be more of a problem than an opportunity,” he says.

While the majority of China’s approval guidelines are sensible and easy enough for game publishers to navigate around, the government will limit the types of games they can put on the market. The guidelines are heavy-handed when it comes to violence, which would block some of the top-selling Western franchises from sale in China. Beyond this, a few of these rules are vague and could present problems in the future for even nonviolent games.

Regulation hiccups like these could relate to the delay of the PlayStation 4’s Chinese launch. Warman thinks that a power play could be taking place.

“I expect that the Chinese authorities will restrain any big launch by foreign companies until local Chinese companies have a serious competitor or two on the market, like the ‘console’ announced by Alibaba,” Warman tells GamesBeat. “Comparably, locally developed Chinese games are not hacked because local Chinese companies are very powerful and will retaliate any website that does so. This does not apply to Western games.” 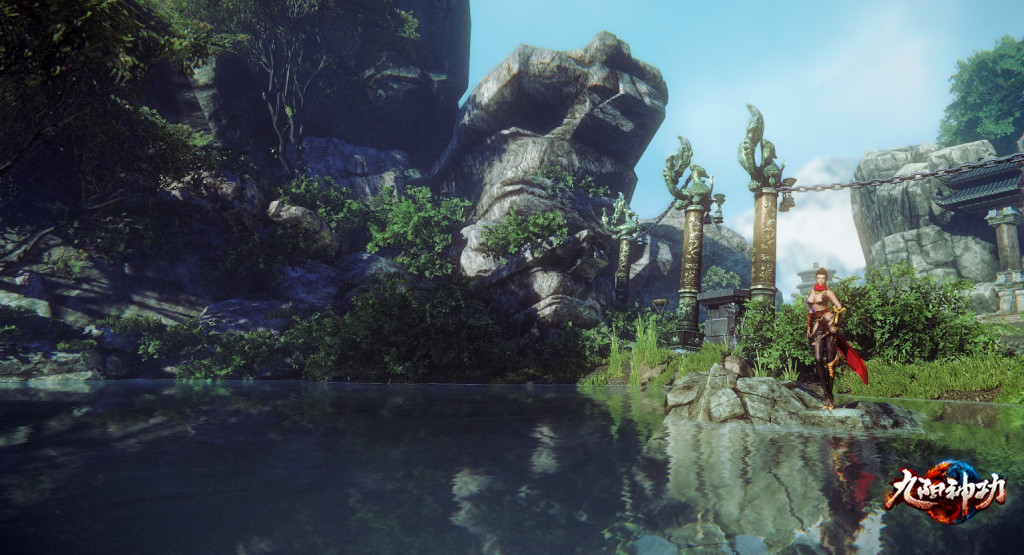 Above: Snail Games’ King of Wushu, one of the Chinese-developed exclusives coming to PS4

These restrictions affect software just as much as the consoles themselves. They have the potential to hold back releases in franchises that are known to be system-sellers. The Xbox One’s launch lineup lacked notables such as the best-selling Call of Duty: Advanced Warfare, with its first-person war setting and multiplayer combat.

Sony’s lineup will have to deal with the same restrictions. While Ubisoft’s Trials Fusion and Rayman Legends are slated for the PlayStation 4’s launch, the publisher’s leading franchise, Assassin’s Creed, is missing.

Sony says it is applying for licenses for 30 PlayStation 4 games for China and that the list of developers for the territory is 70 strong. But its launch lineup will likely offer less than a dozen games. The company says that Sony-published LittleBigPlanet and Final Fantasy franchise games will join some Chinese-made titles for its debut, though it’s not clear which or how many will make launch day. What is clear is that some of Sony’s own top game franchises, such as The Last of Us, Infamous, and Uncharted, won’t likely make it to China.

“Just like anybody else, Chinese gamers expect great content,” Toto said. “A significant gaming culture evolved there over the last years. Without great content that’s not possible to get on other platforms, possibly from Chinese makers that understand the local user base best, it will be an uphill battle for Sony to make China a big PS4 market. Users there will not jump on the console just because it’s cool, a lifestyle product from Sony, or something they couldn’t officially lay their hands on for over a decade.”

And one concern trumps all of the rest: Nothing is stopping China from going back on its decision to release the ban on consoles. While the market has been opened, the sale is still limited to the Shanghai Free-Trade Zone, and approvals are on a case-by-case basis. Toto says that the delays for both the PlayStation 4 and the Xbox One could point to problems with Chinese authorities on clearing regulations. He says that “the government in China is unpredictable and could put back the ban anytime.”