Sony has revealed that its codename Neo system is coming to consumers as the PlayStation 4 Pro.

Sony Interactive Entertainment took the stage at the PlayStation Theater in Manhattan today to talk about some of the major leaps forward it is making with the PlayStation 4 Pro. This upgraded console is due out November 10 for $400. With this system, Sony is enabling publishers to produce games for displays with 4K resolutions and support for high-dynamic range. Sony showed off games like Mass Effect: Andromeda, For Honor, and Spider-Man running on the PS4 Pro, and it emphasized that the games look more realistic and detailed thanks to the upgraded console.

“Display technology offers so much potential if there is content,” said House. “Which is why we are excited about 4K and HDR.” 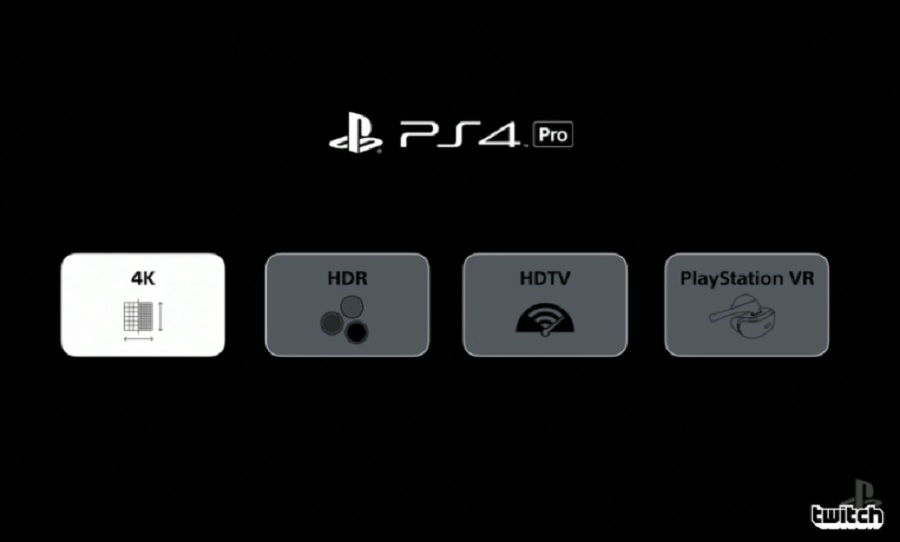 Above: The features of the PS4 Pro.

House explained that 4K improves clarity while HDR increases the accuracy and realism of color re-creation on television displays. Essentially, this means that the PS4 Pro is going to render beautiful-looking games if you have a relatively recent (and expensive) television that supports these capabilities.

But you are still going to get the same games that anyone who owns the standard PlayStation 4 is getting. The extra power will make them look better on 4K displays, and they may even increase the visual fidelity on older 1080p TV sets. For example, Call of Duty: Black Ops III, Modern Warfare Remastered, and Infinite Warfare will all support PS4 Pro with 4K resolutions on the day the system launches.

PS4 Pro may make serious improvements for the PlayStation VR experience. Sony claims games will have better framerates and even higher resolutions, and those are crucial for the experience of virtual reality. Of course, PSVR still works with the standard model, but the Pro may make for a more comfortable journey into the metaverse.