Sony revealed today that the PlayStation 4 has sold over 86.1 million systems. The info came in a blog post celebrating the console’s fifth anniversary. The PS4 debuted on November 15, 2013 (I know you can probably do the math, but I’m just making sure).

The platform has also sold over 777.9 million copies of software. PlayStation 4 has had a steady stream of exclusives that have helped move consoles and game sales. These include 2016’s Uncharted 4: A Thief’s End and 2017’s Horizon: Zero Dawn. This year has been huge for Sony, with God of War and Marvel’s Spider-Man both breaking sales records for PlayStation exclusives.

Third-party support has also been a big part of the PlayStation 4’s success. In fact, the top five best-selling games for the system are from third-parties, according to the below infographic released by Sony. These include (only ordered apathetically) Call of Duty: Black Ops III, Call of Duty: WWII, FIFA 17, FIFA 18, and Grand Theft Auto V. 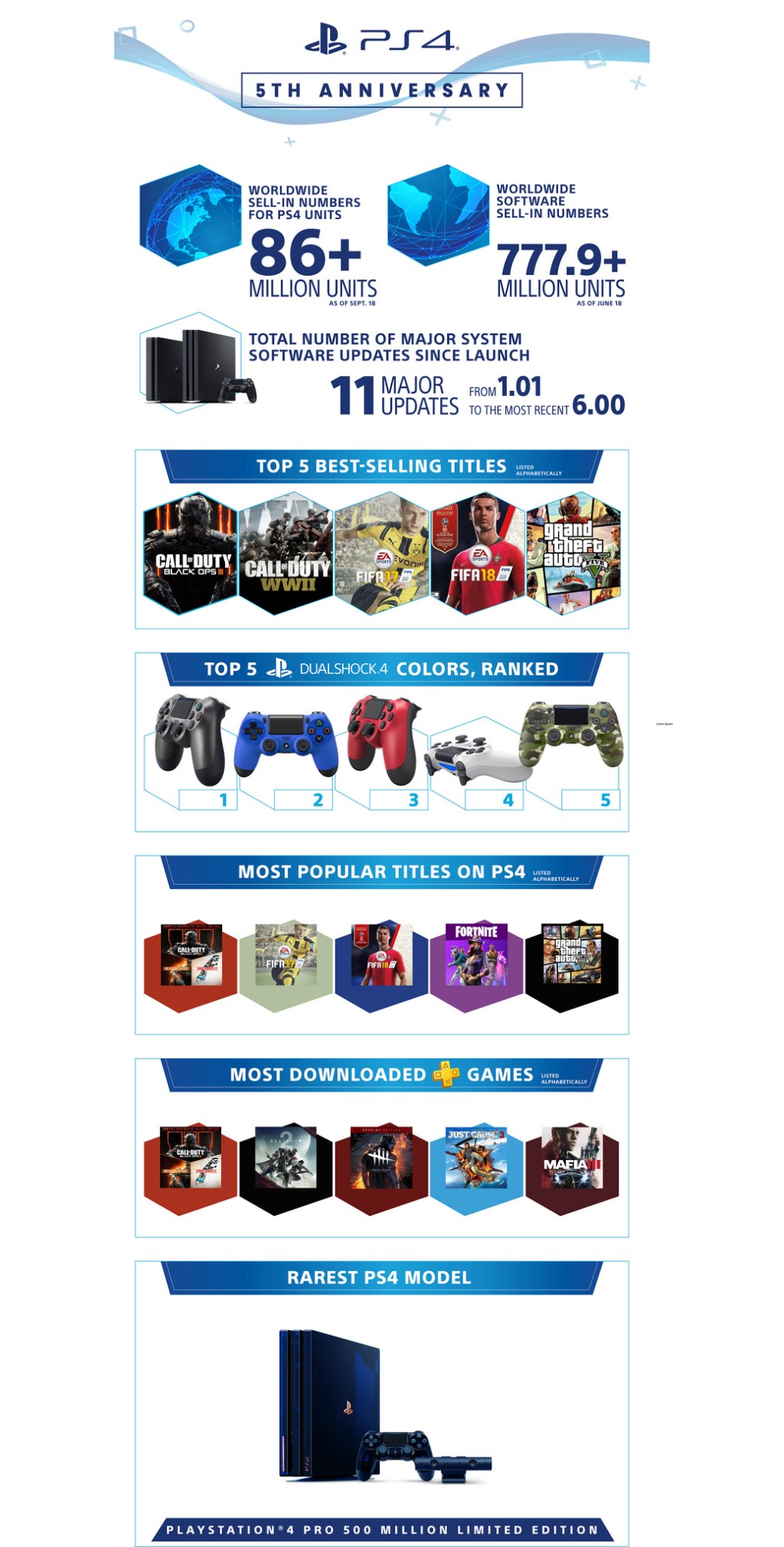 Sony’s chief competitor, Microsoft, does not release sales number for the Xbox One. Nintendo’s Switch, which released in March 2017, has sold over 22.86 million systems.