That is a smashing success by console launch standards, and it bodes well for the Japanese strategic battle with Microsoft’s Xbox One game console. Sony also said it sold 13.7 million units of software, or 2.2 games per machine, as of March 2. 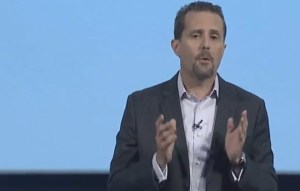 Sony added that 100 million shares have been captured via the Share button on the controller, and more than 56 million people have watched game sessions as spectators. Sony said it has seen a dramatic increase in the sales of PlayStation Plus membership subscriptions. More than half of PS4 owners are subscribing for features such as cloud game saves and game discounts. The PlayStation App has been installed more than 3.6 million times as of March 2.

“I am absolutely delighted that PS4 is off to such a great start in Japan,” said Andrew House, the president and group CEO of Sony Computer Entertainment Inc. “The responses we have received for the PS4 system’s integrated social capabilities have been phenomenal, and I couldn’t be more thrilled that gamers are utilizing these unique features to engage, share, play, and connect with users around the world. SCE will continue to expand the world of PlayStation by growing its library of breakthrough games and bringing more innovative features and services only possible on PS4.”

Sony says there are now 30 titles available from Sony’s own Worldwide Studios, with more coming from its own developers and third-party game developers. The top-selling titles include Killzone: Shadow Fall, which has sold 2.1 million units; Knack; Call of Duty: Ghosts from Activision; FIFA 14 and Battlefield 4 from Electronic Arts; and Assassin’s Creed IV: Black Flag from Ubisoft.

The PS4 is available in 57 countries.