Sony had PlayStation boss Jim Ryan take the stage during the company’s Consumer Electronics Show keynote this evening in Las Vegas to talk gaming and reveal a logo. Surprise! The PlayStation 5 logo (pictured above) looks a lot like the PlayStation 4 logo. But if you look closely, you will see that the number “5” is one more than “4.”

If you found that logo exciting, you better hold onto your wig, because Sony also went over some sales numbers. The company revealed that PlayStation 4 has surpassed 106 million consoles sold. That is up from 101.63 million systems sold in October, when Sony last reported the number. Sony has also sold 5 million PlayStation VR headsets.

On the software side, consumers have purchased over 1.15 billion games for PS4 worldwide. That comes as Sony touts 103 million monthly active users and 38.8 million PS Plus subscribers. 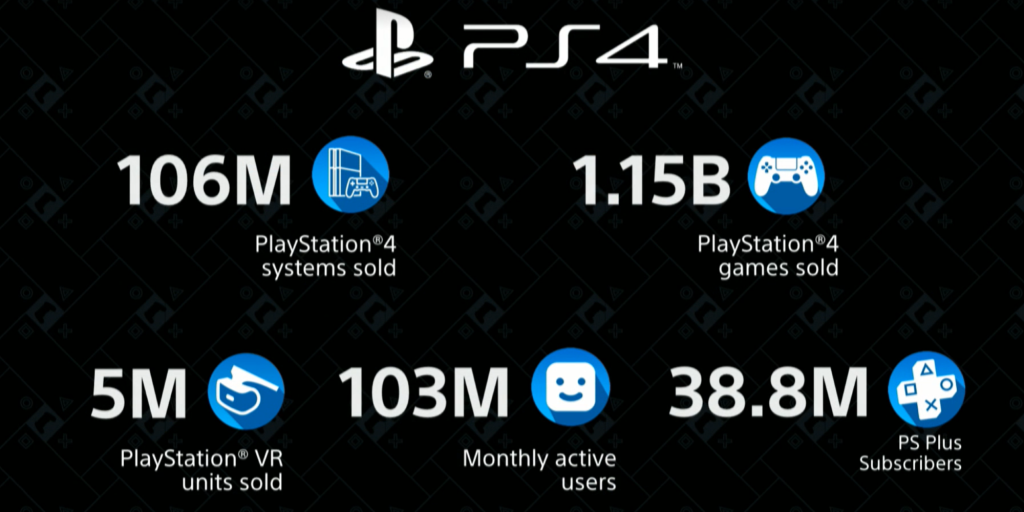 Of course, the PS5 is faster and more powerful with features like hardware ray tracing. And Ryan listed a number of other generational improvements that we already knew about from Sony’s previous announcements. Those include 3D audio, fast SSD storage, and support for Ultra HD Blu-ray discs. The system is also getting an updated controller with haptic feedback and adaptive-resistance triggers.

But no one at Sony wants to mess with the PlayStation branding, and it’s probably smart not to. What do PlayStation fans want? They want what they already have but with a bigger number, and that’s exactly what PlayStation 5 is going to deliver.