For most of the year, I wasn’t all that excited for the new consoles. That’s why I’m surprised that I love my PlayStation 5 so much already.

The PlayStation 5 launches on November 12. You can buy the console with a disc drive ($500) or without ($400). Sony sent me one with a disc drive. Console generations aren’t what they once were. We’re not going to see a graphical, industry-shaking leap like we did with, say, the SNES and Nintendo 64. We’re in an era of diminishing returns, where graphics can get better, but not in a way that is going to fundamentally change your gaming experience.

That’s why it’s impressive that the PlayStation 5 still manages to feel so exciting.

Designed for the senses

Even just taking the console out of the box is amazing. The design of the PS5 is wild. It’s a giant machine with bold white flaps curving around the console. After years of tech going for straightforward, simple designs (look at the Xbox Series X), it’s refreshing to see such an off-ball system.

And I love it. The PS5 is beautiful and bold. Yes, it’s also huge, so it can be difficult to fit in some entertainment cabinets. But it’s a small price to pay to have a video game console that looks fun again. Luckily for me, I was able to fit it into mine easily enough by placing the console on its side.

Your next “wow” moment will come when you grab the new DualSense controller for the first time. It has the same button layout as the DualShock 4, but this gamepad is a bit beefier and more comfortable to hold. Just like with the console, it also has a beautiful white color with gray and black accents. 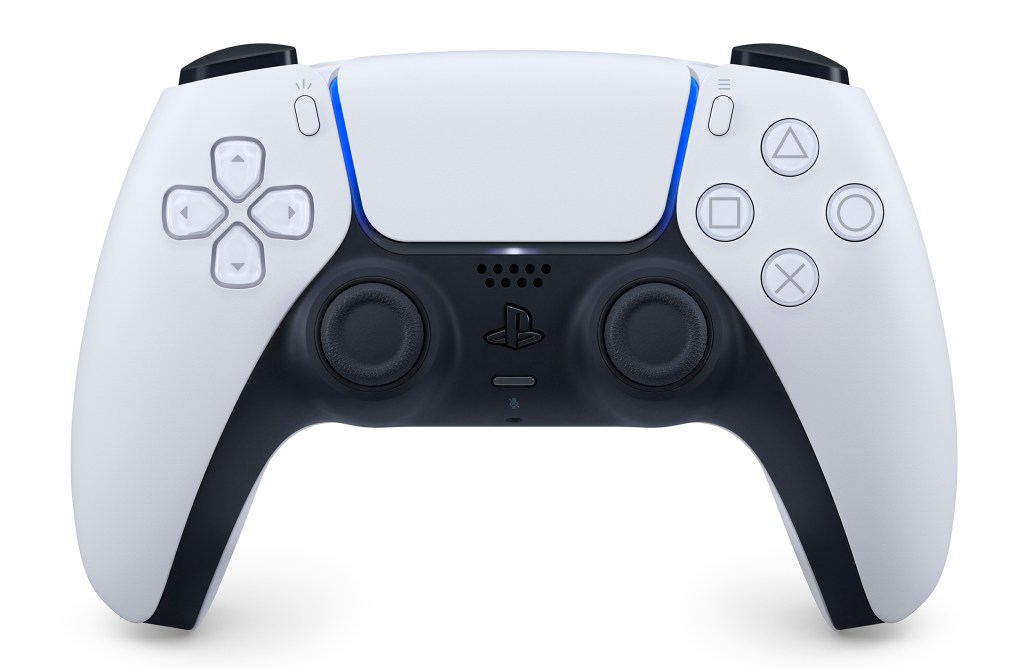 The DualSense isn’t just a looker: It contains some of the PS5’s most exciting features, and the system does a great job of introducing you to them. Every PlayStation 5 comes loaded with Astro’s Playroom, a delightful 3D platformer. I don’t care what other launch games you buy — Astro’s Playroom is the first thing you should start once you’ve set up your console. The game starts with an introduction to the DualSense. It shows off all of its features, such as the adaptive triggers and haptic feedback.

Those adaptive triggers may be the single best thing about the PS5. The back trigger buttons can offer different levels of resistance. Sometimes you won’t feel any at all. If you’re playing Spider-Man: Miles Morales and pushing down on the trigger to shoot out a web, it will offer a bit of resistance at the end of your button press. It replicates that feeling of Spider-Man pressing down on his own palm (go ahead, try it and see what I mean). In Astro’s Playroom, you can find a bow. Like in most games, you shoot it with the trigger button, but that action feels so much more satisfying when the trigger tenses up as you push down on it.

Haptic feedback also feels like a next-gen feature. This is a more elaborate form of controller rumble. In Astro’s Playroom, the controller will rumble gently to match Astro’s footsteps. The intensity of this can change based on what kind of surface he’s running on. At another point,  you’re running against wind and sand is kicked up by a giant fan. The controller shakes in a convincing and intense way to make you feel like you’re pushing through intense gusts.

If developers do a good job of implementing these adaptive triggers and haptic feedback, it could give their games an extra layer of immersion and satisfaction that other consoles can’t replicate. These features, which the PlayStation 4 controller did not have, are so important that I understand why Sony doesn’t let you use the DualShock 4 for PS5 games. 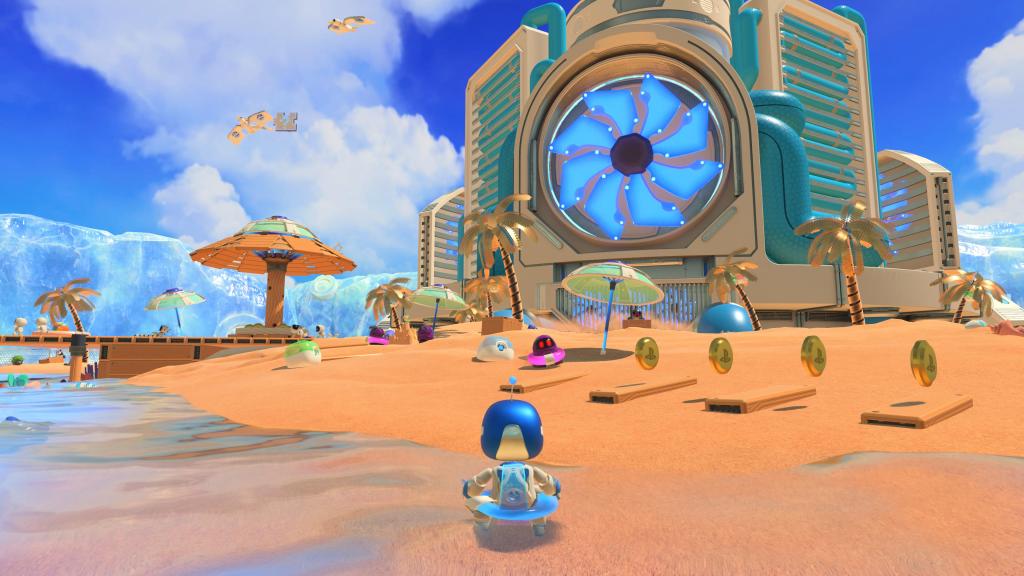 Above: An adventure inside your console’s cooling system.

The other big PS5 features are inside the console. This includes the solid-state storage drive, which Sony has been touting since it announced the console.

The SSD has faster loading times for games and other software. This will be the biggest difference you notice between your PS4 and PS5 games. If you ever played an open world title on PS4, you know that you tend to sit through long loading screens when using a fast travel option. In both Astro’s Playroom and Miles Morales, teleporting your character to another level or another game world just takes a few seconds. It makes for a more seamless gaming experience.

This speed also plays a factor with the UI. You can quickly move from a game to the home screen. For PlayStation 5 games, the home screen can even show your progress on Trophies or teleport you to specific game levels or missions with the click of a button. The UI is also effective but simple. For as brazen as the design of the actual PS5 console is, the UI is pretty safe and familiar. You just scroll through icons of games and options. Don’t get me wrong; it works, but it’s nothing to get excited about.

For the graphics, game performance feels better all around. Miles Morales, like a lot of big titles on PlayStation 4, lets you choose between performance and fidelity video options at any point from the options menu. Performance means better framerates; fidelity means higher resolutions and other visual features. 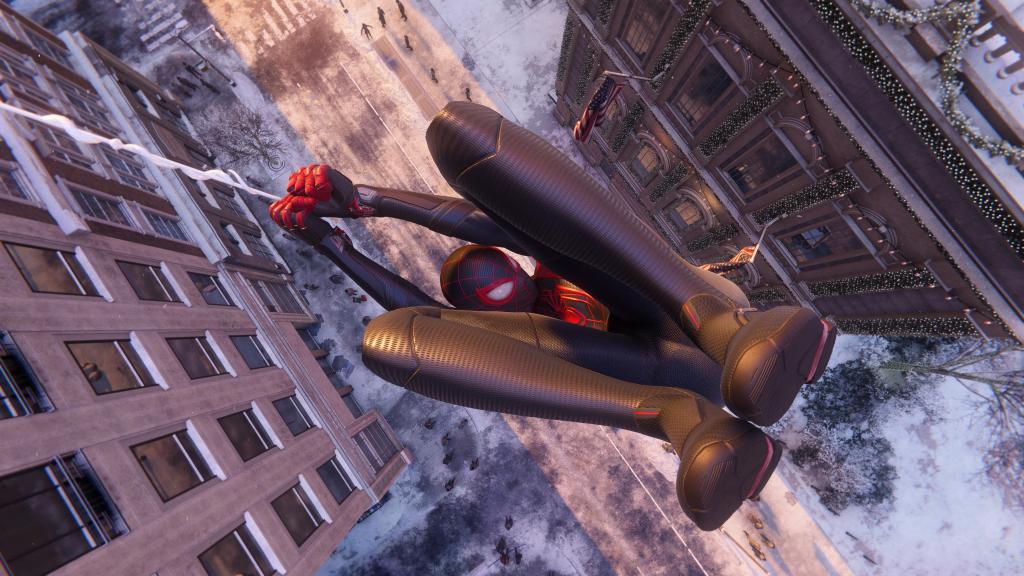 It sucks that you still have to make a compromise, but each choice gives you better results. In performance mode, Miles Morales gives me a consistent 60fps experience that still looks sharp and beautiful. The fidelity mode takes things down to 30fps, but the resolution is sharper, and it turns on ray tracing. Without ray tracing, a reflection in a window is just some texture-based trick that isn’t accurately mirroring anything. With ray tracing on, those reflections become impressively realistic. Now, is that worth losing 60fps? It’s not for me. But no matter which option you prefer, you’re going to enjoy a beautiful experience.

The improved hardware also helps your old PlayStation 4 games. The PS5 has backward compatibility with most of these. I noticed much more consistent framerates when selecting performance graphical options on my old PS4 titles. The Avengers, which runs sluggishly on my PS4 Pro, is a much smoother experience on PS5. The SSD also speeds up PS4 load times, although not nearly as dramatically as it does for PS5 games. I know that Microsoft has touted backward compatibility for the Xbox Series X as one of its biggest selling points. Sony has been more quiet on this front, but the PS5 backward compatibility with PS4 is impressive.

When it comes to the specs, storage space is the only slacker. As fast as that SSD is, it doesn’t hold many games. I installed around seven or so before I ran out of room. You’re going to be spending some time deciding which games you’ll want to keep installed on your system, and you’re going to have to do some shuffling whenever you want to download something new. 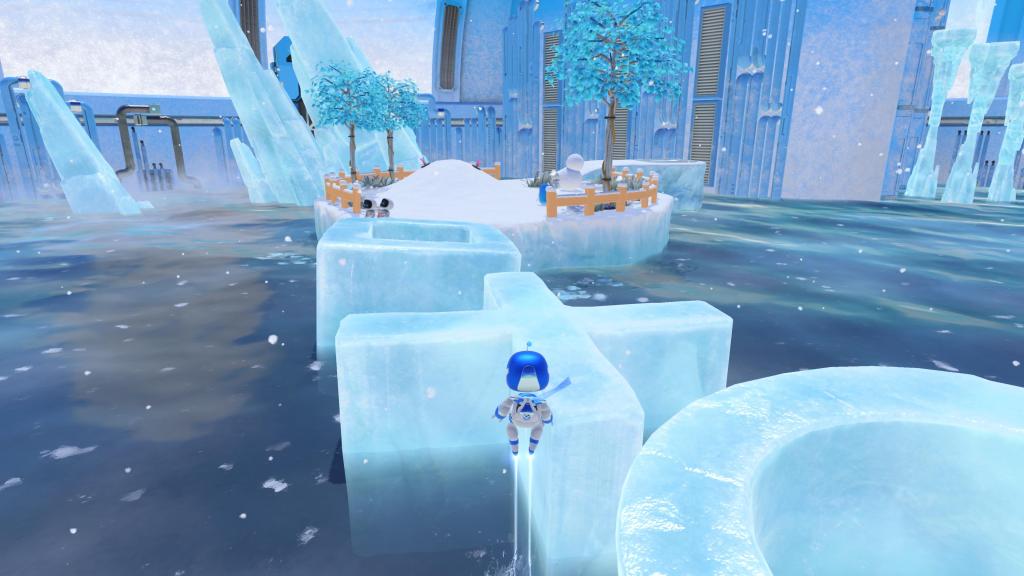 Above: PS5 is a cool console!

It’s not going to fundamentally change the way that you play video games. But it is going to offer a significantly better experience, thanks to its fast loading times and stronger hardware, than you had with your PlayStation 4. And the DualSense is one of the best controllers I’ve ever held. I just hope that other developers use it as creatively as those who made Astro’s Playroom.

If the PlayStation 5 has one big negative, it’s the SSD’s small storage space. It feels kind of silly that I can only keep a handful of games installed on the drive at any given time.

But this isn’t keeping me from loving my PlayStation 5. I do mean it; I already have a strong affection for Sony’s new console. With its bold design, innovative controller, and strong launch games like Spider-Man: Miles Morales and Astro’s Playroom, this may be the best start any Sony console has ever enjoyed.

PlayStation 5 launches on November 12. Sony sent us a console with games, an extra DualSense controller, a charging station, headphones, and a PS5 HD Camera for review.