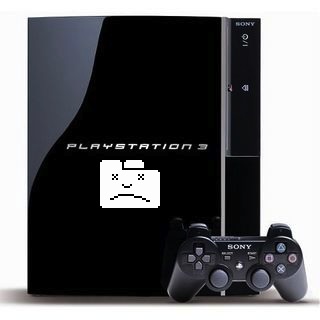 But that agony should soon come to an end with the PlayStation Store coming back online May 24, according to an internal memo issued to game publishers from Sony.

The company finally brought its beleaguered online gaming network back online on Saturday after hackers were able to break in and steal sensitive information about more than 100 million PSN and Station.com users. That ended a 24-day period where PlayStation 3 and PlayStation Portable owners were unable to download new content for their games and play their games online with other players. But the PlayStation Store, a critical distribution method for downloadable content and games for game developers, is still offline.

If the memo is real, it indicates that Sony is still continuing its strategy of keeping internal communication about the downtime away from the public. Sony has been uncharacteristically silent throughout most of the downtime, even though it is now offering gamers two free PlayStation 3 or PlayStation Portable games — as well as a host of free trials for its other services like its Music Unlimited service — as payback for the downtime. That effort might fall on deaf ears because many PlayStation 3 and PlayStation Portable owners already own the games Sony is giving away.

The downtime has been bad for game developers because they aren’t able to release downloadable content and new games on the PlayStation Store — all while other online game stores like the Xbox Live Arcade and Steam have remained online. Christian Svensson, senior vice president of game development studio Capcom, said on the company’s public forums that the downtime was costing his game development company “hundreds of thousands of dollars” because it could not sell downloadable games. Capcom is responsible for franchises like Street Fighter.

Sony laid indirect blame for the PSN’s downtime on hacktivist group Anonymous, which typically rallies a group of loosely connected hackers under moral or political banners to take down large companies. Anonymous has denied that it was involved in breaking into and bringing down the PSN.

Also, for the haters: I know Xenogears was not one of the best games available of the PlayStation. But I love it anyway, and May 24 is marked off on my calendar as “Xenogears Day.”