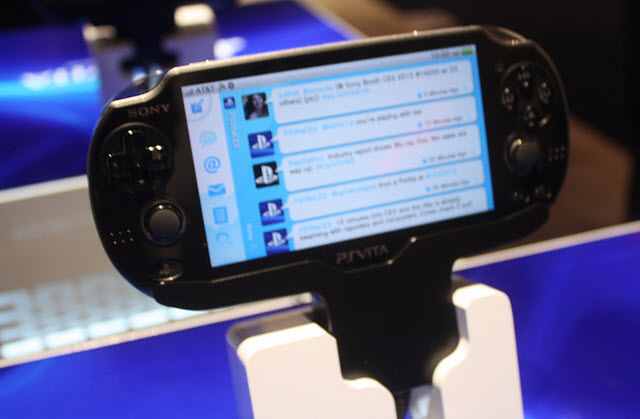 Sony knows that its new portable console, the PlayStation Vita, is going to live or die on how good its games are. So said Guy Longworth, senior vice president of marketing and PSN at Sony’s games division, in a dinner interview at the Consumer Electronics Show. The ads and marketing campaigns beginning soon will reflect that.

But with the PS Vita, Sony has a chance to appeal to the larger mass market of non-gamers because it can do a lot more than just play games. 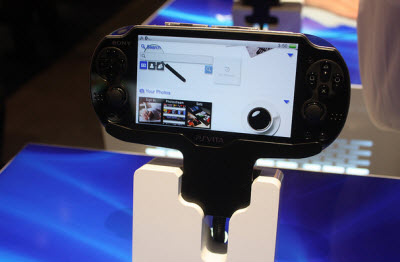 The PS Vita debuts in the U.S. on Feb. 22 (it has already launched in Japan). If it takes off, Sony has a chance to fend off the dual threats of the Nintendo 3DS and the Apple iPhone in portable gaming.

With the PS Vita, Sony has a chance to capture the crowd of serious gamers who have been waiting for a great portable system to play hardcore games such as first-person shooters. But it also has a chance to get mainstream users by incorporating apps such as Twitter and Flickr.

Longworth agreed that the PS Vita could become the mainstream controller for the home and life on the move. In that way, it represents a big challenge to Apple’s iOS devices — the iPhone, iPad and iPod Touch — which have made huge inroads into portable gaming in the past few years. As Sony sees it, the PS Vita will be like a companion screen that you can use while watching TV, which is a role that smartphones and tablets are already playing in the home.

“This is why we consider the PlayStation Vita to be a generational shift in portable devices,” Longworth said. “We still all look at these devices as having long life cycles. The hardcore customers will buy first. But with accelerated competition, the life cycles move faster. We cannot wait four years before we move from the hardcore gamer to the mainstream users.”

The core of the device will still be the video game experience, however.

“We really wanted to focus on the games. We really wanted to make that it had the biggest and the best experiences possible” when it came to games, said John Koller, director of hardware marketing at Sony’s game division in the U.S, in another interview at CES. “We also wanted to make sure the social component was built into each game. Separate from that, we wanted to make apps that were relevant to gamers and really allowed them connect with their community.” 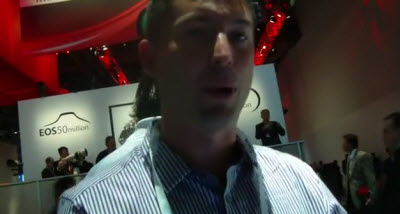 As the team was designing the PS Vita, it saw that community was important to creating bigger and better experiences for gamers. By contrast, the PlayStation Portable was really a device for individuals playing a single-person game. That’s part of why the PSP lost out to Apple’s devices.

The Twitter user interface is different from what you see on the PC. The Twitter app is written from the ground up for the Vita, with the emphasis placed on letting gamers share their exploits in games with fellow gamers or the rest of the world. You can finish a game and immediately tweet the results to your friends.

You can take photos with the camera on the PS Vita. It has a web browser for sharing and ways for you to chat with your friends. The Flickr interface looks slick and clean and it lets you post your photos automatically to the photo sharing site.

Besides Flickr and Twitter, the PS Vita can also run Skype, Netflix and Facebook. On the PlayStation 3, Netflix is the most-used non-gaming application, so it could be a popular one on the Vita as well. You can use the Vita to watch high-definition movies, listen to music, and shop for online games.

“We will never have an app store like the Android Market, but we will have relevant apps that allow gamers to be social,” Koller said. “That’s very important. We don’t want 10 billion apps. We want relevant, core apps for the experience.”

Don’t be surprised if future apps allow you to view PlayStation Vita content on a big screen and do things such as replace the remote control of your TV set with the touchscreen controls on the PS Vita. For now, you can control your PS 3 console with a PS Vita, meaning that the Vita itself can serve as a wireless controller for PS 3 games in the living room.

Sony has also added is own apps such as Near, which allows gamers to see who is nearby among their gamer friends. The Party app lets players send text messages and do voice chat in real time with their PSN friends.