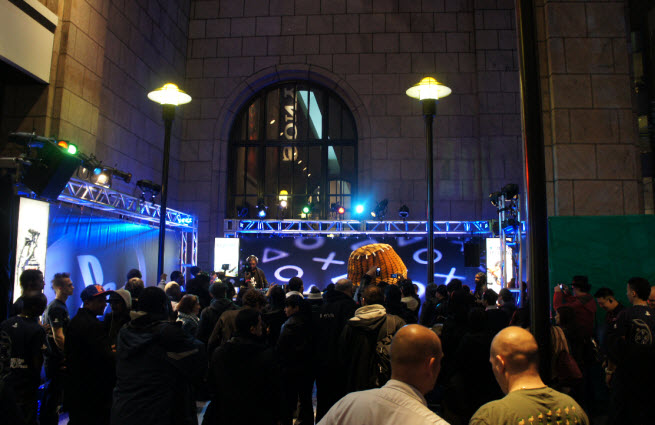 Sony began selling the PlayStation Vita last night a midnight Eastern time. The portable gaming device is the company’s bid to stay relevant to gamers in an age of iPads and smartphones. 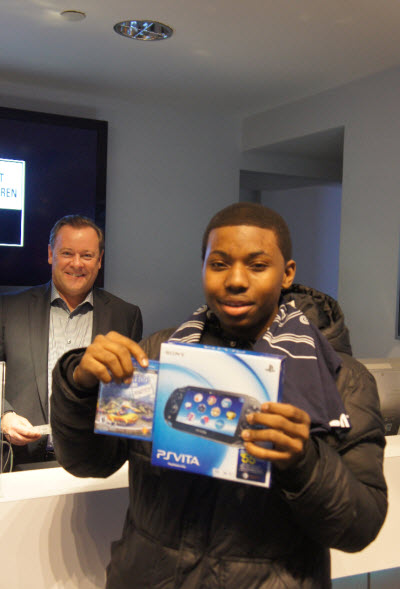 The sales kicked off in the U.S. with a big crowd (pictured) showing up at the Sony Style store in New York. Jack Tretton, pictured below left, president of Sony Computer Entertainment America, had the honor of handing over a Vita to the first customer, Martin Treherne.

This is the moment of truth for Sony, which has struggled with losses and just changed its chief executive.

“Today marks a historic day for the PlayStation brand and our fans,” said Tretton in a statement. “PlayStation Vita is the most powerful and connected portable gaming system ever created.  For the first time ever, consumers will find compelling PS3 console-like gameplay experiences on-the-go from the most popular PlayStation franchises as well as titles unique to PS Vita.”

Sony is launching a $50 million ad campaign in the U.S. to get consumers to buy into the PlayStation Vita brand, which is expected to be around for five to 10 years. That amount of money is a record spend for the launch of a new game platform by Sony, according to Guy Longworth, senior vice president of marketing and PlayStation Network at Sony.

The device is already on sale in Japan and it replaces Sony’s PlayStation Portable gaming device. The Vita hardware includes two analog joysticks, a touchscreen, a back touchpad, PlayStation control buttons, and a 5-inch organic light emitting diode (OLED) screen.

It will be interesting to see if Sony sells out in the U.S. Longworth said the company has been working closely with suppliers to ensure adequate supply, but would not say whether the company expects a sellout.

For a roundup of our reviews and coverage of the Vita, click here.