Thanks to The Ring, Western audiences are highly familiar with Japan’s uniquely terrifying spin on horror — now there’s an opportunity to experience two Chinese takes on the genre, in virtual reality. Publisher Winking Entertainment today announced the PlayStation Store releases of 18 Floors and The Walker for PlayStation VR, each with its own unsettling look at China’s folklore.

Developer Aoga Tech’s 18 Floors looks to be the creepier title. Based on the Chinese concept of “18 levels of hell,” the VR puzzle game bears more than a passing resemblance to Fireproof Games’ popular mobile franchise The Room, albeit with more diverse settings. You work to escape from numerous rooms that traverse time and space, solving interconnected puzzles in the process.

Areas include a room from the Renaissance period, an Old World railroad train speeding across the Sea of Blood, a Forest of Fantasy, and the City of God. Ornate puzzle elements, the occasional scream, and a mysterious painting of a woman — sometimes shown bleeding from her eyes — all contribute to 18 Floors’ timelessly frightening design. 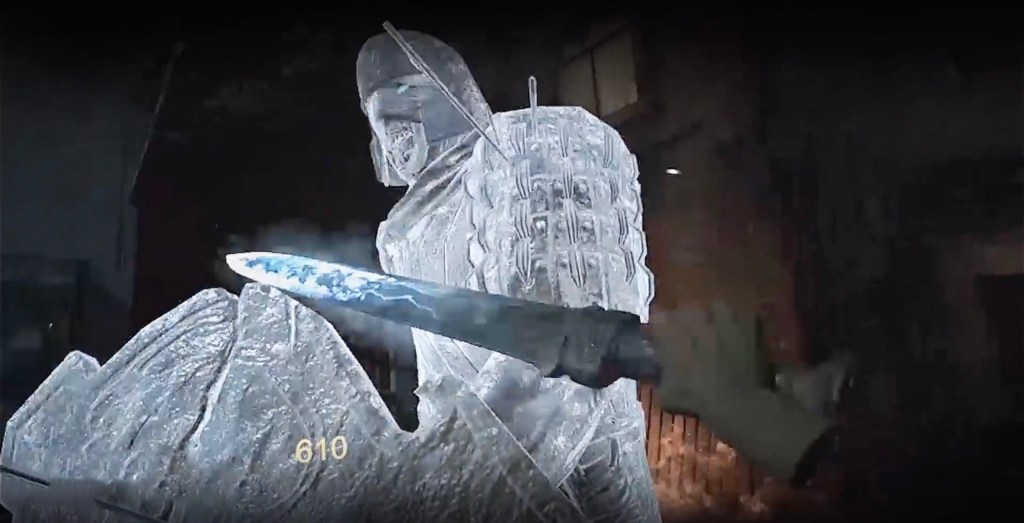 By comparison, Haymaker Game’s The Walker is a Chinese horror spin on a well-worn genre — the first-person shooter. Here, the twist is that you’re fighting your way through Shanghai, China, which for some reason is filled with zombies that can be dispatched with either a sword or a gun. As your character is an exorcist, you can use magical talismans to add elemental powers to your weapons.

While the roam and shoot action doesn’t look terribly different from earlier PSVR titles, snarling, wall-crawling zombies help to give the game some extra terror factor, and you can actually have swordfights with walking terracotta soldiers. The “old Shanghai” setting also lets you explore some of the darker corridors and subways of the famous city, rather than the gleaming modern skyscrapers that it’s known for today.

Virtual reality has taken off in China due to a combination of strong consumer interest, numerous competitors, and government sponsorship of the sector. Even major hardware and services companies have set up VR divisions, seemingly with even greater optimism for the medium than in the United States. While abundant development dollars have led to plenty of mediocre products, the VR sector is maturing, and developers are progressing past the “copycat” stage to create more unique and first-of-kind products — including ones with broader international appeal.

18 Floors and The Walker are available now in the PlayStation Store for $15 and $20, respectively. Both games require PlayStation Move controllers, a PSVR headset, and the PlayStation Camera. A Steam version of 18 Floors is scheduled to release later today for HTC Vive and Oculus Rift players.