One of the founding members of Japanese media giant Sony’s gaming arm in North America is walking away while the new PlayStation 4 home video game console is on top.

Sony Computer Entertainment of America president and chief executive Jack Tretton is stepping down from his position with the company at the end of March, according to Sony. He was part of the executive team that first put together Sony’s American gaming division in 1995, and he helped guide the PlayStation brand from an upstart to overthrowing Nintendo and selling more than 340 million consoles to date. A statement from Sony says the decision to not renew Tretton’s contract is mutual. Current Sony Network Entertainment International executive vice president Shawn Layden will take over as president and CEO of one of the biggest companies in the multibillion-dollar gaming industry.

For Sony, bringing in Layden likely means the company has an eye on the digital future. Where Tretton had a long history working with retailers to sell physical games and hardware, Layden has spent the last few years establishing Sony’s presence in digital distribution of games as well as movies, television, and music.

“Working at SCEA for the past 19 years has been the most rewarding experience of my career,” said Tretton, who was one of the longest-tenured execs in America’s video game industry. “Although I will deeply miss the talented team at SCEA and the passion demonstrated every day by our fans, I’m very excited about starting the next chapter of my career. I want to thank the employees, partners, and customers for their tireless commitment to the PlayStation brand and, of course, to our fans, who have pushed us to new heights of innovation and entertainment over the past two decades.

“I leave PlayStation in a position of considerable strength and the future will only get brighter for PlayStation Nation.”

Tretton further addressed PlayStation fans in a letter on the company’s blog. 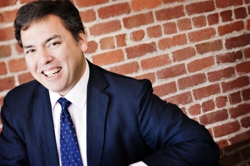 Layden has worked with the PlayStation brand for 15 years before helping to found Sony Network Entertainment, the corporation’s multimedia digital-distribution service, in 2010. Before that, he worked as the president of Sony Computer Entertainment in Japan.

“It’s an honor and privilege to join Sony Computer Entertainment America and be a part of the team that is leading the next generation of gaming and entertainment,” said Layden. “SCEA is committed to delivering breakthrough gaming experiences that inspire fans and exceed their wildest expectations. As [the] PS4 shows us every day, there has never been a better time to be part of the PlayStation community, and I look forward to working with our retail, development, publishing, and network partners to further demonstrate why PlayStation is the best place to play.”

“I’ve worked with Jack for nearly two decades and I want to personally thank him for his leadership and the considerable contributions he’s made to the SCEA business and PlayStation brand over the years. I wish him nothing but the best in his future endeavors,” Sony Computer Entertainment group president and chief executive Andrew House said. “I also want to welcome Shawn to the Sony Computer Entertainment America team. I have the utmost confidence in Shawn’s leadership capabilities, and his deep knowledge of the gaming industry and commitment to gamers, will help keep PlayStation at the forefront of entertainment and innovative gameplay.”

Tretton has a long history in the video game industry. Prior to joining Sony in 1995, he worked in the gaming division of JVC Music Industries. Before that, he was vice president of sales for publisher Activision, one of the oldest and biggest companies in gaming.

He was part of the company as it moved the industry to new standards. The original PlayStation introduced the dual-analog stick design for controllers and it popularized optical discs for games. The PlayStation 2, with its built in DVD drive, helped establish consoles as multimedia devices.

In November 2006, after helping to develop and release the successful PlayStation and PlayStation 2 consoles, Sony promoted Tretton to president and CEO of SCEA just as it was releasing the PlayStation 3. He oversaw the company as the PS3 failed to live up to the legacy of its predecessors, at least in terms of sales in North America. The PS3 faced strong competition from Microsoft’s Xbox 360, which outsold the PS3 for most of the last three years in the U.S., according to The NPD Group.

Sony still sold 80 million PS3s worldwide, according to an update in November. While that’s impressive, it is far behind the PlayStation 2’s 155 million units sold. The PS3 had a hard time catching up after launching a year after the Xbox 360 and at a higher price.

Tretton was also involved in taking the lessons learned from the PS3 and applying that to the launch of the PS4.

“One of his most recent achievements of course is outselling Xbox One with his PS4 in countries like the US that are traditionally more Xbox minded,” NewZoo analysts Peter Warman told GamesBeat.

Sony released that console in November, and it has already sold 6 million units worldwide. The device is less expensive than the Xbox One competitor from Microsoft, which launched a week later in the U.S. That has helped the PS4 outsell the Xbox One to date.