Playstudios, a social casino game maker which is poised to go public, has launched MyVegas Bingo as the latest part of a suite of titles that generate real-world rewards.

The Las Vegas-based Playstudios teamed up with Boss Fight Entertainment to create the game aimed at giving players the VIP treatment on a virtual Las Vegas Strip. It gives Playstudios something new to showcase as it prepares to go public via a special purpose acquisition company (SPAC) in the second quarter.

The free-to-play bingo game offers real-world rewards, such as stays at MGM casinos and other gifts. Players will earn powerups, complete challenges, and unlock “bingo boxes.” It’s available now on iOS and Android.

Measurement firm Sensor Tower said that bingo games generated $601 million from player spending in 2020, an increase of nearly 54% from a year earlier. The subgenre makes up 8.2% of the $7.3 billion casino market. When it comes to downloads, Bingo games accumulated 53 million downloads in 2020. This accounted for 6.4% of casino category installs, which generated 827 million downloads last year.

In addition to catching numbers and filling in cards, players progress by accumulating collectibles and unlocking their virtual Las Vegas resorts. Players can also team up with friends, form clubs, and compete with other bingo clans for their share of mega-bingo jackpots.

And like all Playstudios games, the game features loyalty points that can be redeemed for real-world rewards from entertainment, food and beverage, travel, and other leisure partners.

As for group play, the game includes a Club Bingo, which allows players to create and join their own clubs with up to 30 friends, then compete in tournaments and trade collectible tokens that are won throughout the game. Playstudios other games include MyVegas Slots, Pop! Slots, MyKonami Slots, and MyVegas Blackjack. 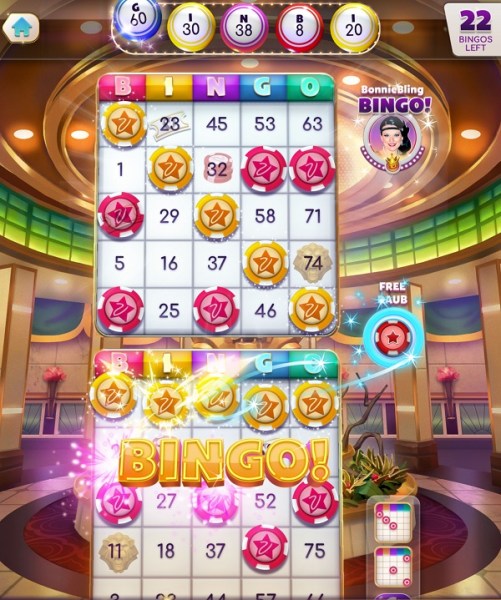 Above: MyVegas Bingo is available on iOS and Android.

As for the SPAC, this kind of transaction has become a popular way for fast-moving companies to go public without all the hassle of a traditional IPO. SPACs are set up by managers who raise money in a blind shell public company, and the investors don’t know what they’re putting their money into. The SPAC then finds an appropriate company to merge with, thereby taking a private company public in a way that is faster than an initial public offering process.

The SPAC deal will value Playstudios at $1.1 billion. Playstudios will operate under its name and trade under the ticker symbol MYPS.

Investors in Las Vegas-based Playstudios include Icon Ventures, Incendium Capital, and DCM Capital. The company has 385 people across six studios.