Playtika‘s Robert Antokol doesn’t speak publicly that often. I did a fireside chat with him at Casual Connect in Israel in 2015, and he said that was the last time he did such a talk. But since Playtika went public at $11 billion in January in an initial public offering, Antokol will have a higher profile. And we’re pleased to have him as a speaker at the GamesBeat Summit 2021 event this year in a fireside chat with Michael Metzger of Drake Star Partners.

Antokol started out by saying that Playtika was actually his third company, and that everything he did in his career was around games. So gaming isn’t his hobby.

“This is my job, and this is my career,” he said, noting that Playtika is now about 11 years old.

It started out with a focus exploring the Facebook platform. The company tried many things, and mobile games are what took off, with titles such as Playtika’s World Series of Poker and Slotomania social casino games. Now it has nine of the top 100 grossing games in the U.S. Those top nine games generate around 97.6% of revenue. All told, the company has 20 games, and Playtika said it has more titles in the top 100 games than anyone else. Slotomania is still one of the top games, with 1.4 million daily active users.

It has close to 4,000 employees in 16 offices around the world. The first company Playtika acquired was Jelly Button, the maker of Pirate Kings. Playtika has since has acquired numerous companies like Wooga, Seriously, and Supertreat over the years, with seven deals altogether. Wooga’s June’s Journey is doing well under Playtika’s ownership. Playtika has more than 35 million daily active users. 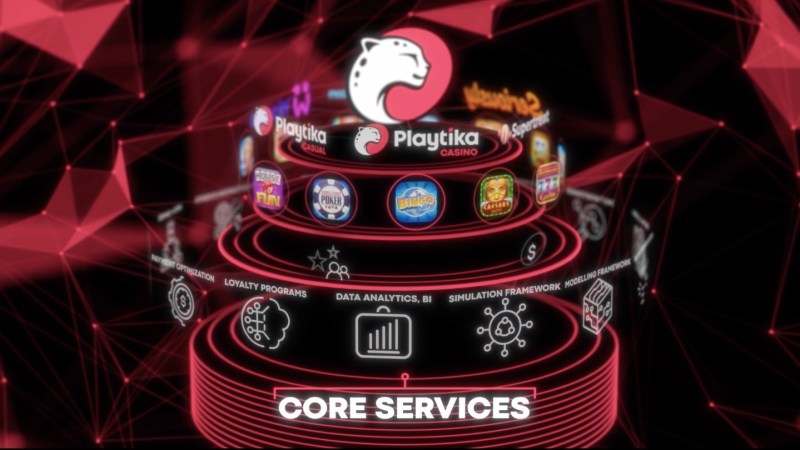 Above: Playtika is about more than just running games.

Playtika has kept Slotomania strong over the years by continuously updating it, rather than doing sequels to the game. Every six to nine months, the team managing it changes most things about the game. And in the past few years, Playtika has focused on strengthening its Playtika Boost Platform, a central service that helps both internally and externally created games take off and monetize better. Wooga’s games, for instance, have used the Playtika Boost Platform to great results.

“In the last few years, we’ve been focusing on getting new games on our platform,” Antokol said. “We find ourselves with so much knowledge about the game experience. When we acquire a new company, we want to help them. We needed this for scalability, so that we could scale our M&A. It helps us move features from one game to another game.”

“This has always been our DNA,” Antokol said. “This is how we control our own destiny.” 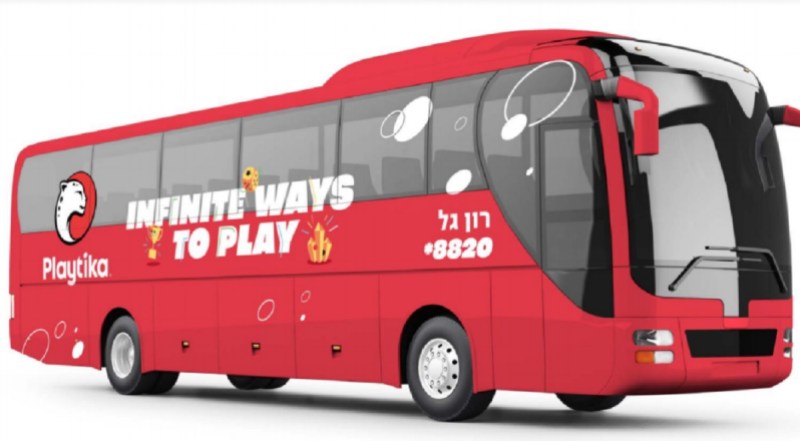 As for competition, Antokol said he doesn’t obsess about the rivals.

“We always were the leader in everything that happened in this industry,” Antokol said. “When we started to think about gaming as a platform, we saw that the others are doing this and it’s OK.”

He noted his company has done more M&A deals than other rivals in the industry, and the company has also done a good job cross-promoting its own games and navigating different owners.

Playtika’s owners sold it to Caesars Interactive Entertainment in 2011, and then a group led by Giant’s owner acquired it in 2016. Playtika recently had a rebranding, which we wrote about in September, focused on the phrase “infinite ways to play.”

“Now we’ve taken the challenge and gone to explore the world beyond social casino,” said Antokol. “We found a huge ocean of opportunities. When we focus on one channel, the opportunities are very small. And we’re going outside and looking at these different channels.”

Antokol said the human element is so important in acquisitions and he wants to meet people in-person to be able to see “the human behind the game.” Still, he said there are ways to explore good opportunities in search of the right team that is hungry for success.

Above: One of Playtika’s mainstays is the World Series of Poker.

Regarding the last year, there was an explosion of M&A and games as well as IPOs. But Playtika did not acquire anything significant during that time.

“The world changed, people have more time, people started to play more games because the device here in your pocket can play mobile games,” Antokol said. “Everyone started to look at this industry in a more serious way. It’s not only just the console games, it’s not only the computer games. Small companies are becoming huge. I don’t see that changing. I see the mobile game industry will keep growing. It’s getting more interesting. I believe this engine is going to grow and grow and grow.”

Since there was a COVID effect in May, this year’s growth numbers may relax. But a few years from now, Antokol believes the industry will still be so exciting.

As for future deals, Antokol said he needs the right opportunity and the right team to do more deals. He hopes that being a public company means that potential acquisition targets will think of Playtika more when it comes time to doing a deal, and so he glad that Playtika is becoming better known.

Antokol said the company is doing more subscription and advertising revenue now. It’s never been the focus, as in-app purchases in free-to-play games generates most revenue. In-app purchases will likely be the engine of growth for a while.