Today, Pocket Gems is releasing its Demi Lovato: Path to Fame game as a stand-alone app as well as an interactive story within Pocket Gems’ mobile storytelling platform, Episode.

The game is a still-frame, comic-style story where players take a journey to stardom. Much like Kim Kardashian: Hollywood, the mobile game that created a huge splash in the past year, the Demi Lovato app is aimed squarely at audiences that don’t normally play video games but enjoy casual experiences on smartphones and tablets.

The app will be appealing to people who are Demi Lovato fans but don’t already enjoy Pocket Gems’ Episode stories, which are like interactive comic books on mobile phones. But the interactive story has the potential to reach a lot of people because Pocket Gems’ Episode has a huge audience in the target market for the Lovato game. More than 600 million chapters have been read on the user-generated Episode platform, and more than 1.5 million users have created their own stories.

Demi Lovato: Path to Fame gives fans the chance to see what it’s like to be on tour with Demi while chasing their dreams of becoming a famous musician. The story offers a behind-the-scenes look from Demi’s perspective, and it features prominent figures from her life like her band and manager. Lovato can help boost the app without incurring huge advertising costs, since she has more than 28 million Twitter followers and 37 million fans on Facebook. She’s known for songs like Heart Attack and Neon Lights. She’s working on her fifth album. 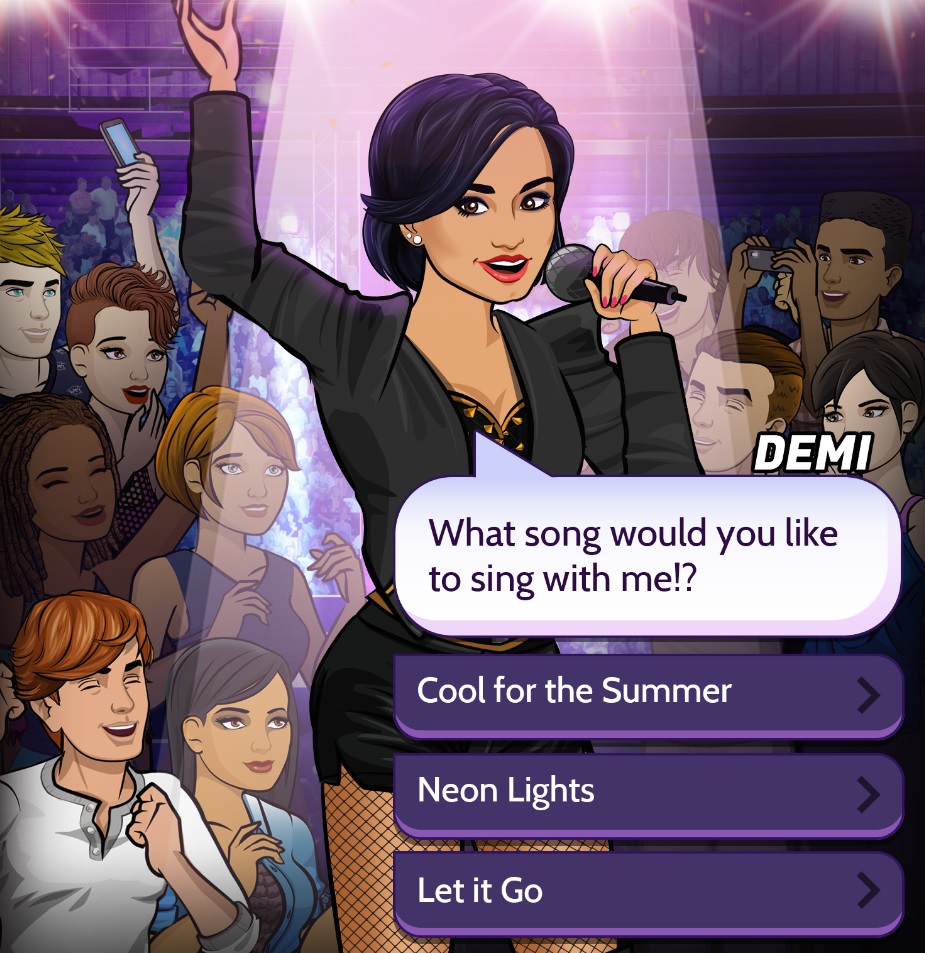 “I wanted to make sure this story captured my voice perfectly, so I worked in tandem with the Episode team to add authentic touches,” said Lovato, in a statement. “As my Lovatics know, it’s very important that my personal experiences come through in everything I do, and this story is no different. I think they will really enjoy this exclusive glimpse into my life that they haven’t seen before.”

The story presents players with difficult choices on the path to fame. Players will have to decide what they are willing to sacrifice to achieve their dreams. In the story, players’ choices shape the character’s plot path. With the help of Demi and her friends, players discover their voice and define their musical career.

You can also dress like a star and customize your character’s look from hundreds of options. You can earn bonus stories based on your choices. That means you can go on romantic dates, attend exclusive parties, and frolic on tour. Lovato helped design the story and included her own anecdotes.

“It’s been an incredible experience working with Demi to make this story happen,” said Jameel Khalfan, who oversees licensing partnerships for Episode, in a statement. “We believe that the best celebrity-branded mobile apps offer fans a deeper look into stars’ lives. Episode is the perfect medium to create these fun and authentic experiences for players.”

At the Casual Connect game conference in San Francisco, Khalfan said that celebrity licensing creates interesting opportunities for game companies. With movies, the characters and world have already been created, and the game company can expand on them. But with a celebrity, the story of a game can “be more like a blank canvas,” he said.

CAA brokered the deal with Pocket Gems on behalf of its client Demi Lovato. 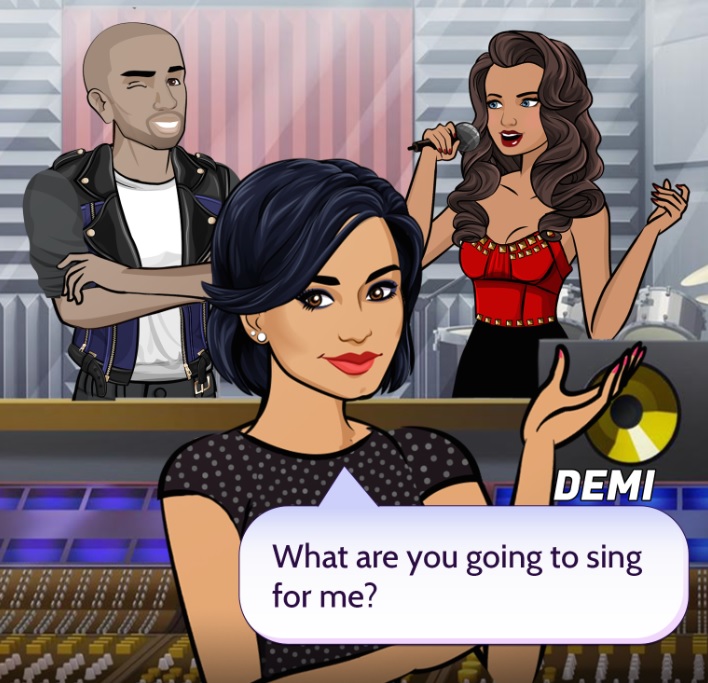