The latest Pokémon game for mobile is fun, but it’ll have a hard time reaching as large an audience as Pokémon Go has.

Pokémon Go was a big success largely because it’s so accessible, meaning that it’s easy for most people to pick up and play with little instruction. It generated revenues of $950 million in 2016. You could show it to anyone and they would understood how it worked. If you showed someone a screenshot of Pokémon Duel, they’d probably have a lot questions about how the game actually works. Just look at the picture to the right: 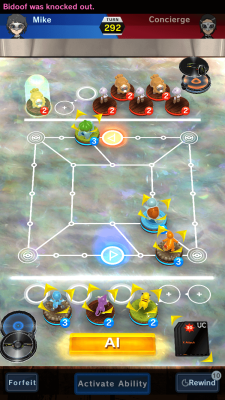 Above: A battle in Pokémon Duel.

It’s hard to understand what exactly is going on here without a lot of tutorials and practice.

Pokémon Duel is a strategy game that came out on January 24 for iOS and mobile. It’s a different experience compared to Pokémon Go’s location-based gameplay, which had players walking around the real world. Instead, the free-to-play Pokémon Duel is all about fighting computer opponents or other players in a board game-like setting, using figurines to represent the pocket monsters.

It still has a lot of the elements that make Pokémon games popular — specifically, the desire to “catch ’em all.” You can collect more creatures either as rewards or by buying them with in-game or real money (via “boosters,” which give you random Pokémon figures). 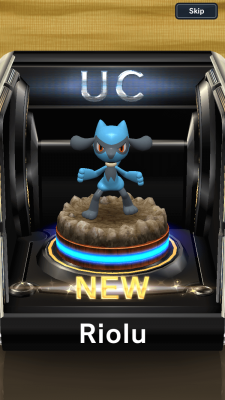 Above: Hooray, a new one!

It’s is also fun. You move figures around the board with the goal of reaching your opponent’s side. The first player to get a figure on the other person’s home space wins. You can try to block their progress by using your own Pokémon, and you can engage in battles if two figurines are next to each other. The losing Pokémon is removed from the board.

And, really, there’s a lot more going on than that. Pokémon can level up, evolve, surround other figurines to remove them from the board immediately, cause status effects like “poison” and “sleep,” and more. And that might be part of Pokémon Duel’s problem. It’s complex and sometimes confusing.

To give you an idea of what I’m talking about, just look at the game’s main menu in the picture on the right. 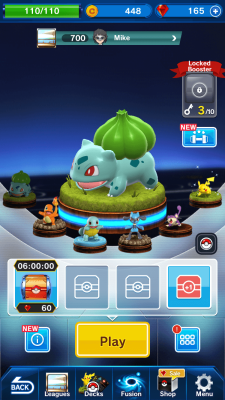 That is a lot of buttons, and a lot of them open up more menus. Pokémon Go is a master class in accessibility. Anyone could understand how play it, largely because the actual game part was so simple. You walked around and caught Pokémon by flicking a ball at them. Even battles, which weren’t necessary to enjoy the game, mostly involved tapping your screen repeatedly. Some criticized Pokémon Go for not actually having any depth, but that accessibility made it one of the biggest hits in mobile history.

Pokémon Duel has the complexity that a lot of fans of the franchise are looking for. After all, this series did get start off as a role-playing game, which are famous for their abundance of menus. But that complexity could shut out more casual Pokémon fans who aren’t used to strategy games.

Not that every mobile game needs to be as simple as possible. Plenty of popular mobile games, like Clash Royale, involve strategy. Still, don’t expect Pokémon Duel to become a Go-level success. As far as accessibility goes, it’s on the other end of the mobile spectrum from Pokémon Go.