Since launching July 5, people have downloaded Pokémon Go more than 75 million times across iOS and Android, according to app-market intelligence firm Sensor Tower. It only took 19 days for the game to surpass the 50-million-download milestone, which is much faster than the 77 days the casual puzzler Color Switch required to reach that mark. Pokémon Go is still only available in just over 30 markets, but it still the top-grossing game in the $36.9 billion worldwide mobile-gaming market.

“Pokémon Go has already blown by 2016’s other big launches, including Supercell’s Clash Royale, in the race to 50 million worldwide downloads,” Sensor Tower head of mobile insights Randy Nelson wrote in a blog post. “Despite launching four months earlier, Clash Royale is still working its way towards this 50-million-download milestone — but to its credit, so are most other mobile games at this point in their lifespans.” 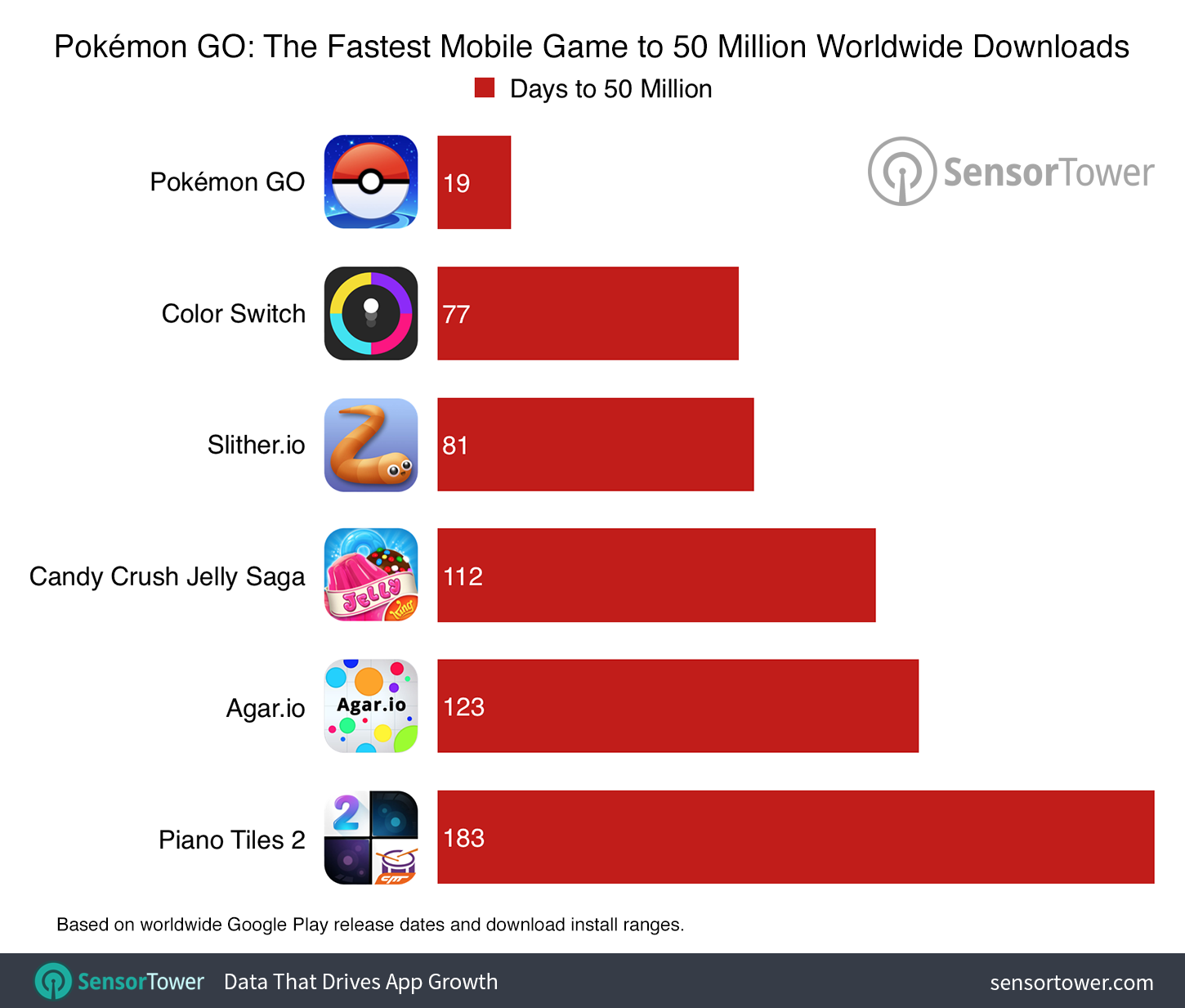 What’s most impressive about Pokémon Go’s rise to the top is that it was an organic, word-of-mouth sensation. The game didn’t have any expensive TV advertising — and iOS and Google still haven’t featured it on the front page of their app markets.

“King’s most recent Candy Crush spin-off, Candy Crush Jelly Saga, surpassed 50 million installs after just over three months, but even it did so with the help of copious mobile, web, and real world advertising,” writes Nelson. “For most mobile games and apps, even reaching 10 million downloads is a marathon, but Pokémon Go made that and 50 million in a sprint. As it rolls out in additional regions over the coming weeks, the size of the markets will get smaller, but it will no doubt still hit the ground running. It may not be unreasonable for the game to pass 100 million downloads in its first 60 days, especially if some of the planned gameplay updates hit sooner rather than later.”