Pokémon Go was the fastest mobile game to hit $600 million in revenues, according to market researcher App Annie.

Even if its growth is slowing down, the game where you collect cute Pokémon creatures is the most successful mobile game in history. In its third-quarter market index, App Annie found that Niantic Labs generated more than $600 million in revenue from July through the end of September. And that set the record in terms of the time it took for a mobile game to reach that amount.

App Annie said that the most impressive feat was Pokémon Go’s ability to single-handedly convert a massive amount of a player’s non-mobile time to mobile time. Pokémon Go wasn’t significantly borrowing time from other games or apps, for that matter. Rather, its innovative augmented reality gameplay and iconic brand were compelling enough to convince players to spend more time overall on their mobile devices. While its popularity declined in its third month, Pokémon Go still commands a gargantuan amount of time spent in-app relative to its peers. 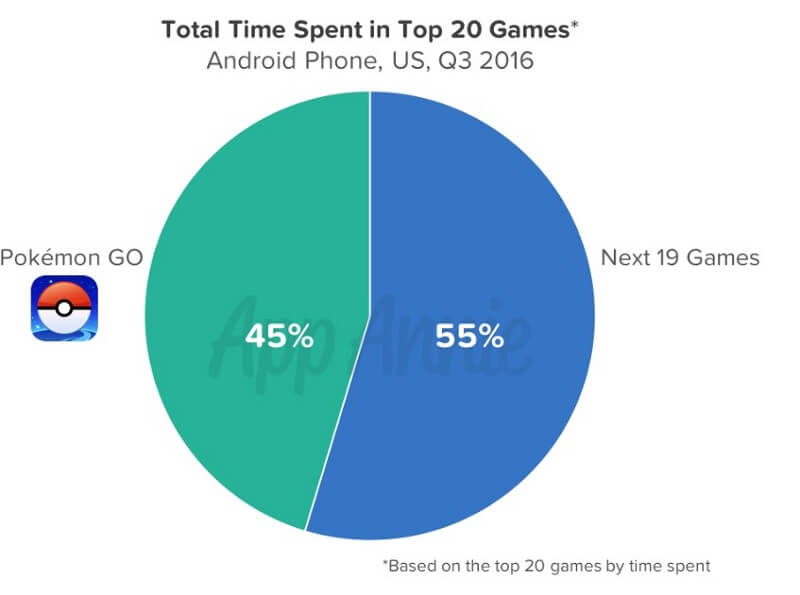 Above: Time spent in Pokémon Go was almost as much as the next 19 games combined.