I think we all remember how the theme song to the Pokémon animated series goes:  ♫I want to be the very most downloaded app, like no app ever was!♫ 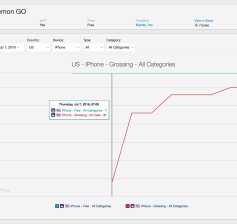 Above: On top of the revenue charts.

Pokémon Go is generating more revenue and is getting more downloads than any other iPhone app in the United States, according to data industry-tracking intelligence firm Sensor Tower provided this morning to GamesBeat. The GPS-powered hide-and-seek free-to-play game went live the evening of July 6 in the U.S., and it performed a quick attack to get to No. 1 on the download charts in less than 5 hours. That is one-third of the time it took the megapopular and addictive Clash Royale to reach the top spot when it debuted earlier this year. Obviously, Bulbasaur, Charmander, and the rest of the Poké crew have the appeal to draw in fans in the $36.9 billion mobile gaming market.

But people aren’t just downloading the app and forgetting about it — they’re also spending cash. Sensor Tower revealed that Pokémon Go is the top-grossing iPhone app in the U.S. as of 10:30 a.m. Pacific time. It is outgrossing megalucrative apps like Game of War, Clash Royale, and Clash of Clans. Miitomo, Nintendo’s social network and first smartphone app, only ever got as high as No. 73 on iPhone’s top-grossing chart. Go is also available in Australia and New Zealand — popular testing markets — and it is No. 1 for both downloads and revenue in each of those countries as well. 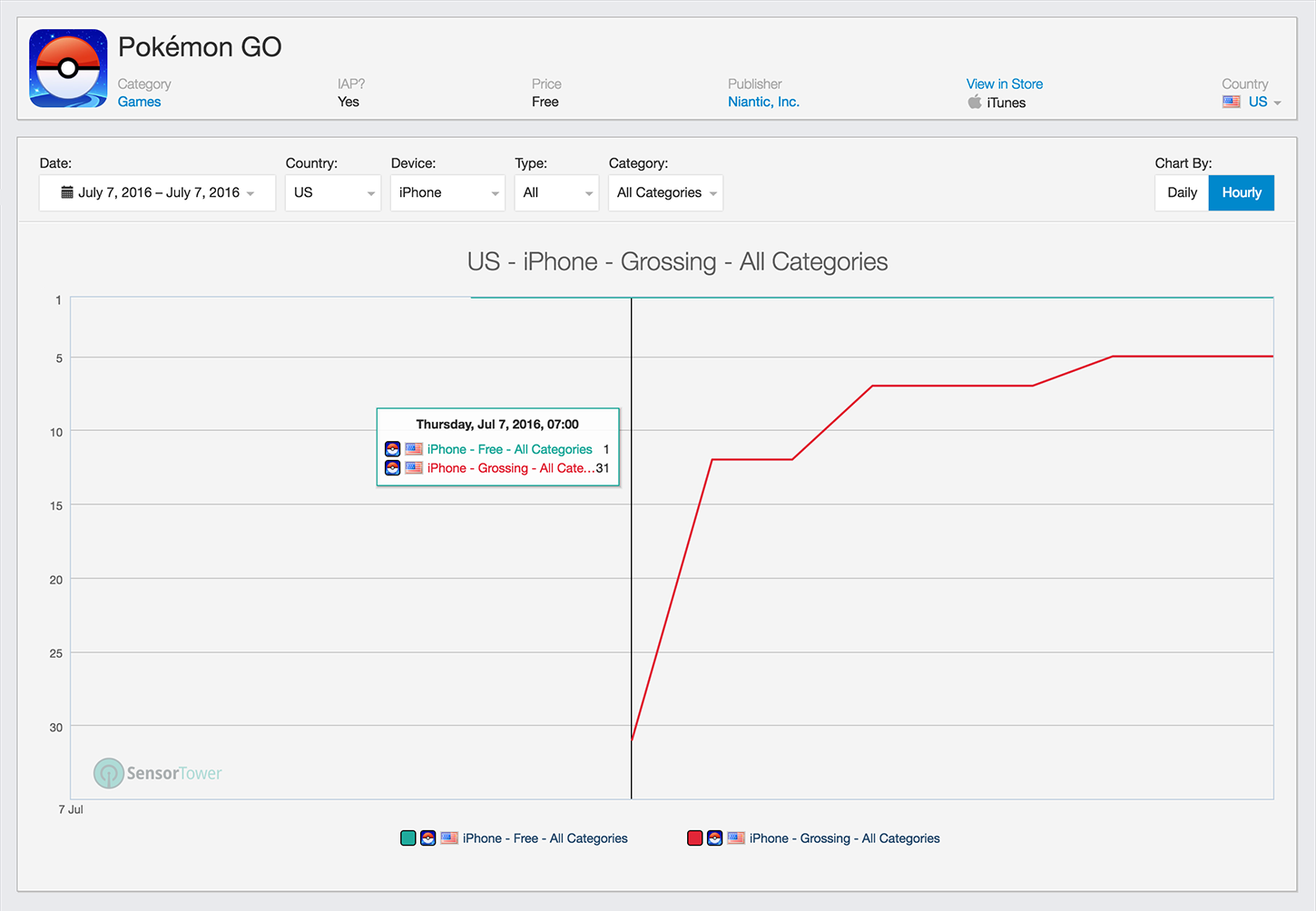 Above: Pokemon Go is shooting up the charts.

The Pokémon Company, which controls the property, is embracing mobile gaming, and this app is the biggest example of that so far. That company enlisted the help of Ingress developer Niantic. The studio adapted Ingress’s location-based gameplay, which has you walking around the real-world looking for physical locations to complete digital objectives. In Go, the studio added an augmented-reality layer that puts the critters in the real world with you using your smartphone’s camera.

This early success gives Niantic every chance to turn Pokémon Go into a long-term money-making powerhouse. If the studio can hook a significant number of players on the idea of actually catching ’em all, then the game could end up make millions of dollars every single day across iOS and Android. To do that, it’ll have to maintain its spot in the top-10 highest-grossing list.

Edited at 12:00 a.m. Pacific time: Updated to show it is now No. 1 on the grossing chart once again.

Edited at 11:10 a.m. Pacific time: Updated again to show that it is trading places with Mobile Strike.