Niantic’s augmented reality game Pokémon Go launched in 2016, becoming an instant hit and generating over $1.2 billion in its first year. Two years later, the hype has quieted down, but the popular monster-catching app is still one of the top-earning games.

To satisfy its fans, Niantic has rolled out frequent updates, like weather effects, new Pokémon, and features like trading and raid battles. It still has a devoted core group of players, and thanks to its constant updates, the number of folks playing has steadily increased. It has the most number of players now since its hot debut, according to market analyst SuperData Research.

Pokémon Go is alive on the charts as well. Aside from a few days, it’s been one of the top 100 most downloaded titles on the Apple App Store and Google Play since the start, according to market researcher App Annie. Last week, it was the No. 3 and and No. 2 top-earner on iOS and Android respectively. All of this has added up to a total of $1.8 billion lifetime sales for the AR game, according to mobile analyst Sensor Tower. 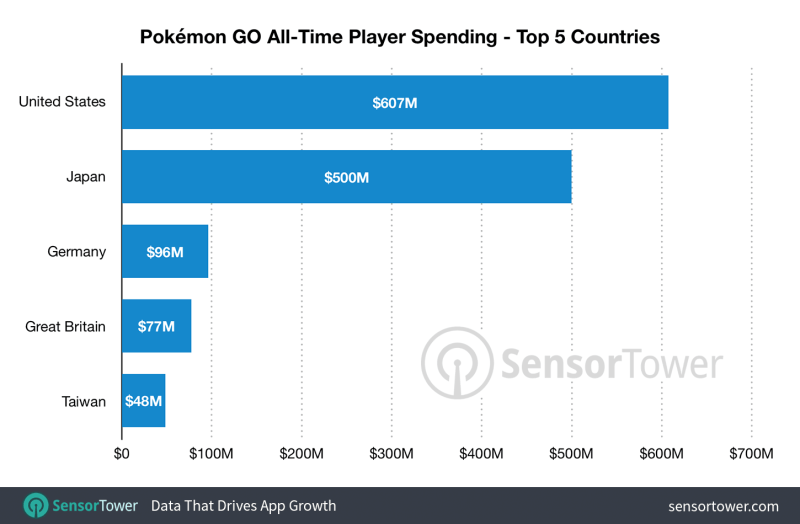 In 2017, mobile games generated $48.3 billion and most of the top earners were all familiar titles — like King’s Candy Crush Saga and Supercell’s Clash Royale. These games haven’t been dethroned from their spots partly because of the developers’ devotion to releasing a steady drip of new content, which is a model that Pokémon Go adheres to as well.

It’s a strategy that’s paying off — in May, more people spent time in Niantic’s game than Candy Crush Saga and Candy Crush Soda Saga on Android devices. And in the U.S., it had the second most monthly active users after Candy Crush Saga, according to App Annie.

All these numbers prove that Pokémon Go wasn’t just a momentary trend; it’s a game with lasting power. That’s something Niantic is hoping to replicate with its upcoming AR title Harry Potter: Wizards Unite, which also leverages a big-name IP.