It seems like the most obvious thing in the world to make a fighting game spinoff of an role-playing game property that features monster fighting, but until now, The Pokémon Company was content to leave its competitive battling turn-based. That changes with the emergence of Pokkén Tournament, the new fighting game from Namco Bandai coming to Wii U in Spring 2016 that aims to capture the spirit of monster battling in a real-time, blow-for-blow format.

And The Pokémon Company isn’t fooling around here. It’s using developers who work on the Soul Calibur and Tekken (hence the name Pokkén) series. With such a pedigree, one would expect a polished and fun fighting game in the same vein as the aforementioned series. What is surprising is how much of this it owes to its Pokémon DNA.

What you’ll immediately find when you first play Pokkén Tournament is a control scheme that would be at home in any traditional fighting game. Striking is paramount to the experience, with light and heavy attack buttons letting you clock your opponent ands a jump button for maneuverability in more dimensions. And then you have different powers with meters that fill up as you fight – one of them lets you call an assist Pokémon that can attack an enemy for a second or buff you, and the other allows you to activate Burst Mode, which strengthens your attacks, heals you a bit, and lets you unleash an ultimate Burst Attack.

So far, so familiar. The Pokémon Move button, though, proves the most integral to the Pokkén Tournament experience. This button unleashes your Pokémon’s special attacks and is the key to performing their attack moves, which all are taken directly from the main games. Charizard uses Flamethrower if you press the button and nothing else, but if you press Forward with it, Charizard will use Flame Punch. Jumping and pressing the Pokémon Move button will produce a Flare Blitz, which serves as the obligatory mid-air attack. Some moves take some additional inputs, but most of them only require a direction and another button. 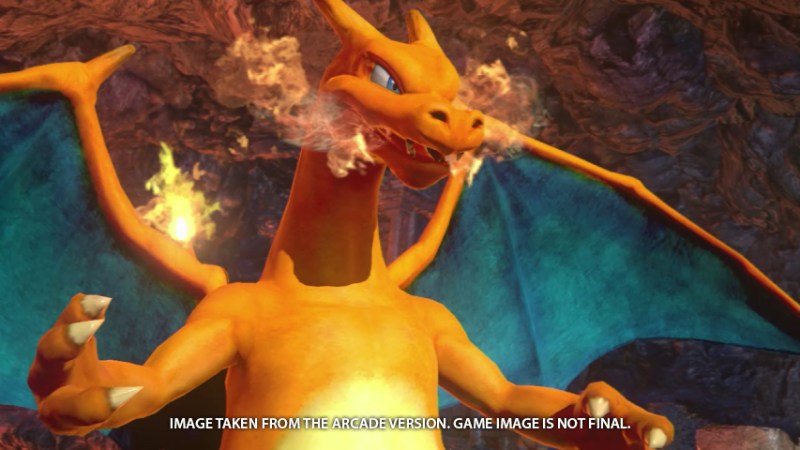 Above: Charizard gets ready to heat it up.

The vast majority of the selectable Pokémon follow this pattern, with only a few using more complicated moves. And even the most complicated ones aren’t too difficult, requiring a few more buttons at most. Though not as intuitive as, say, the Super Smash Bros. series (though remarkably similar), Pokkén Tournament’s simplified move system is incredibly easy to get the hang of, making it a much friendlier game for players not already versed in the often-impenetrable fighting-game genre.

That’s by design, as the developers wanted to create a game anyone can play regardless of skill level — the arcade version actually uses a console-style controller similar to a slightly longer Classic Controller instead of the normal joystick and chunky button layout. The Pokémon Company and Namco Bandai want to speak to everyone with Pokkén Tournament. And in the end, they need to, because Pokémon in general speaks to all kinds of game-playing audiences already, whether competitive or casual.

The true spirit of battle

Pokkén Tournament largely succeeds at being something anyone can pick up and play, and given the positive reception to the surprise Pokkén Tournament Invitational event — which featured many leaders in the fighting-game community — it stands a chance of being a competitive force as well. If nothing else, Pokkén Tournament places a greater emphasis on long range versus melee moves than most other fighters, so it has enough different in it to carve out a niche for itself.

But if there’s one audience that’s going to eat Pokkén Tournament up, it’s the Pokémon community. The game feels like the truest expression of Pokémon that a fighting game could be. Where something like Tekken starts in a traditional 2D Street Fighter-esque viewpoint, Pokkén begins with the camera behind your Pokémon’s back, facing your opponent, just like in an actual Pokémon battle. The dynamic camera will adjust based on how you’re tangled up with your opponent, even moving to a full side view so smoothly that you won’t even notice. 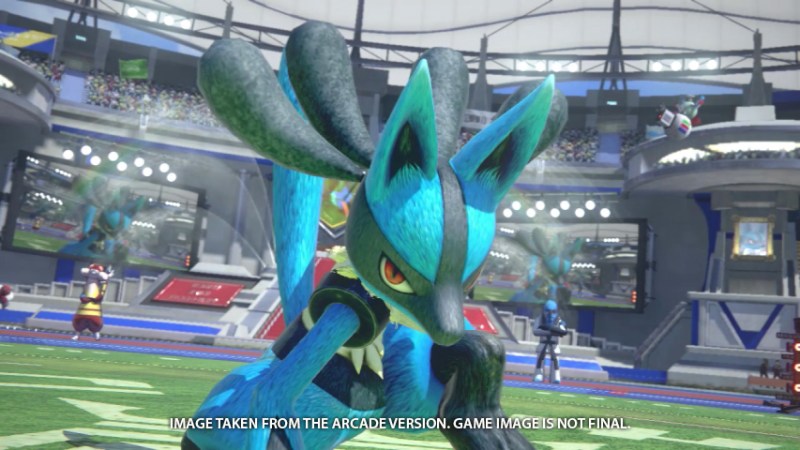 The emphasis on simplified move inputs and big, splashy move animations means that in between poking each other to get some quick damage in, you and your foe are going to be attempting one move at a time – again, just like in the main games – with one of you succeeding. When a move hits, the game pauses for a second before launching your opponent to the ground. It sounds weird to say that a fighting game is successfully simulating turn-based battles, but Pokkén Tournament gets as close as it can without veering into awkward hybrid RPG territory (looking at you, Dissidia Final Fantasy). Life bars have numbers attached to them, and you can buff your attack power using different means, but this isn’t really anything new for fighting games. Pokkén Tournament is just more upfront about it than most. Still, everything about the fights feels like a proper Pokémon battle transferred into a fighting game, which is an amazing accomplishment.

The downside, though, is that better players are going to win more. Where something like Super Smash Bros. includes balancing factors like environmental effects and items, Pokkén Tournament is a pure fighter. Players who are better at these types of games will be winning more than those who aren’t, and though that seems like an odd thing to note, it does mean that the game won’t be the same kind of unifying force that Smash is. Without any kind of variance, the more competitive types will just trounce those who are just looking to jump into a fun Pokémon-themed game. You’ll definitely want to find a group of people of a similar skill level to play with.

Even so, Namco Bandai created an accessible, competitive game in Pokkén Tournament that miraculously captures the form of Pokémon battling in a mechanically sound fighting-game shell. And with updates adding fighters like Blaziken and Lucha Pikachu to increase the roster’s diversity, Pokkén Tournament promises something for everyone even if player skill still separates them from each other.