Game developers who have successful mobile titles face a big timing problem. If their game is a hit, they should start spending money to boost it even further through mobile advertising. But the platform owners Google and Apple don’t pay quickly.

So Pollen VC is stepping in as a financing company, fronting money to the developers so they can start capitalizing on their success, even as they wait for payments for 30 days or more from the platform owners. It’s a middleman role for London-based Pollen VC, but it’s critical role in modern financial technology.

Pollen VC was started by Martin Macmillan, chief executive; Richard Skaife, director; and Gordon Fitzjohn, chairman. MacMillan calls this “velocity capital,” a way to expedite the growth of businesses that rely on digital “receivables.” It’s a lot like a line of credit, secured with a game’s sales.

“We provide a new form of liquidity,” said Ryan Lessard, vice president of business development at Pollen VC’s office in San Francisco. “We give early access to the revenue developers earn on iOS and Android. If you make $1,000 on the app store, we can make $1,000 available to you on the next day.”

And Pollen VC can funnel that money directly to an advertising network, if the developer wishes. Or Pollen can just turn over cash after taking a fee.

“You just log into your dashboard and get your data,” Lessard said. “We plug directly into the platform sales. You connect to your Apple iTunes Connect account. We verify the sales data from Apple or Google, and then we make it available on our dashboard for you to allocate. Developers know how much they are making. We make the funds available before they get them.” 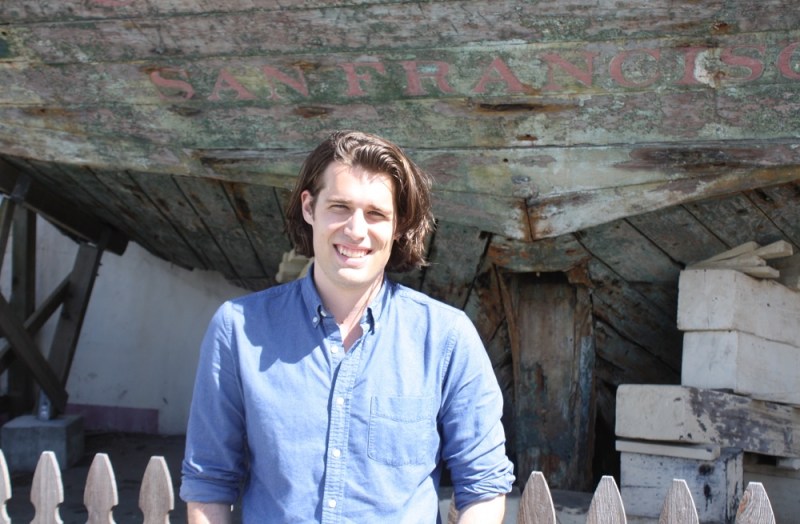 Above: Ryan Lessard of Pollen VC

The app stores have delayed payments because they have to deal with issues such as returns. Two years ago, Google actually extended its payment terms for a longer period. So the platform owners actually earn a lot of interest on money during that time.

The fee is 5 percent every seven days, if you decide to draw down cash. Pollen VC can also get paid by the ad networks, via affiliate revenue programs. So if the developer chooses to steer money to an ad network, then it doesn’t have to pay a fee to Pollen VC. Generally speaking, Pollen VC works with developers who make more than $10,000 a month on the app store, Lessard said.

Mitch Lasky, general partner at Benchmark Capital, said at our GamesBeat 2014 event last year that he was very reluctant to fund game startups that were simply going to use his cash to fund user acquisition advertising campaigns. Lessard said that some VCs are actually referring startups to Pollen VC once they discover that their primary need for cash is to do user acquisition.

“We do a large percentage of our business from venture referrals,” Lessard said.

MacMillan has spent 20 years launching and building technology businesses in financial technology, music, and media sectors. He was also a bond trader in a prior career. He saw how tech startups were always short on financing, so he decided to marry his traditional expertise in both finance and tech to create a new business model for digital businesses.

He was previously CEO of Soniqplay and also at Level Four. His team includes an advisory board with experience at Apple, Natural Motion, and Deutsche Bank. Investors include Access Industries Group, Archimedia, the partners of Initial Capital, and angel investors. Pollen VC has raised a seed round and it has eight employees.