The system represents a pivot from Bushnell’s 2015 plan to create a new kind of game cabinet that could hang on a wall and take advantage of the revival of arcades such as Barcades. Sadly, many of these are now shuttered due to the pandemic.

Bushnell is the son of Atari cofounder Nolan Bushnell. He said in an interview with GamesBeat that he now wants to take this experience into the home with the Polycade 2600, a simple console-like PC loaded with games. Polycade made a number of announcements today.

“Our core thesis is that everyone loves video games, but not everyone’s a gamer,” Bushnell said. “And so when you look at gaming today, and the track that it’s taken, a lot of people have opted out. You have many people who will tell you that they play a lot of video games but they don’t consider themselves a gamer. The core of our mission is making gaming accessible.”

Bushnell also announced the Polycade Arcade Gaming Software (Polycade AGS). It turns a PC into a Polycade video game system that runs its games and uses its eZpZ controller, which it modeled after the Super Nintendo Entertainment System’s classic controller. 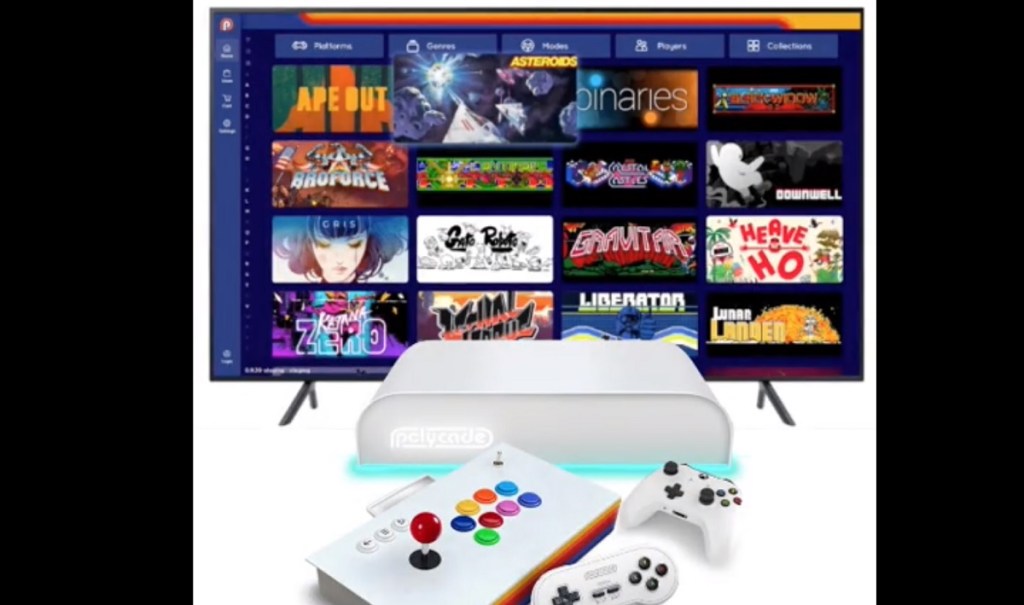 “To date, PC gaming is reserved for experts,” he said. “But those of us who are those experts know that the PC is really the king when it comes to video games. It can play more games than any other platform. There’s extensive customizability. But it has a high barrier to entry. And so what the Polycade software does is it makes it extremely easy to game on PCs. And so just installing our software will help configure your PC to be an easy experience, removing notifications and stuff like that that would get in the way of … a console-style gaming experience.”

Bushnell also announced the Polycade Arcade Controller, which the company designed to bring arcade-style gaming to the couch. And to help curate games for casual and mid-core players, it has a store platform that allows players to easily find the right game. 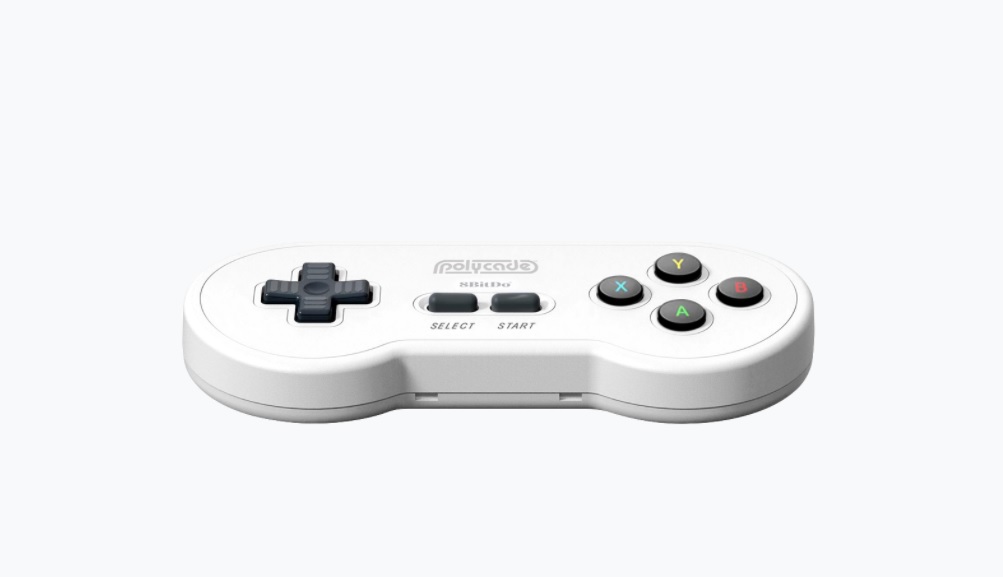 Bushnell hopes to sell the Polycade 2600 for $500, but it’s going to be a tough sell, as Microsoft and Sony are about to launch their $500 next-generation game consoles with eye-popping graphics. Nintendo’s Switch is also poised to sell huge numbers during the holiday season, and it costs $199 for the Lite version and $299 for the standard console.

Bushnell believes Polycade’s secret weapon will be casual and accessible games that make gaming social again, bringing back the days of playing with your friends on the couch. The company is also targeting players who are intimidated by modern game controllers. That’s similar to the pitch Intellivision’s Tommy Tallarico is making for his Amico console remake coming in April, and it’s launching at $249.

Bushnell said the Polycade AGS will also let players play games they own from multiple platforms, such as Steam, GOG, and Utomik, creating one unified library that works with its game controllers or typical arcade controls.

For the seasoned gamer, Polycade AGS includes popular emulators, baked-in and preconfigured  to make running retro ROMs easier than ever. That’s one of the distinguishing features of the Polycade system, but it could be hard to get game publishers to make games for the system if players run pirated games in the form of ROMs.

The system will have leaderboards for nearly any retro arcade game, an achievements system that awards players with real cloth patches much as Activision did in the 1980s, and a rating system to make it even easier to find games you’re interested in. The included game store allows players to purchase legally licensed retro games and well-curated modern titles with a focus on social, in-person play.

The console will have a clean-lined, powder-coated steel case. The Polycade 2600 includes two eZpZ Controllers and a 240GB SSD, with the option to upgrade to a terabyte. Polycade’s platform will have two different controller types, one with a stick (the Polycade Arcade Controller) and one that looks like an SNES controller (Polycade eZpZ controller). Polycade chose an SNES-style controller as the core offering because it is easier to use, Bushnell said. 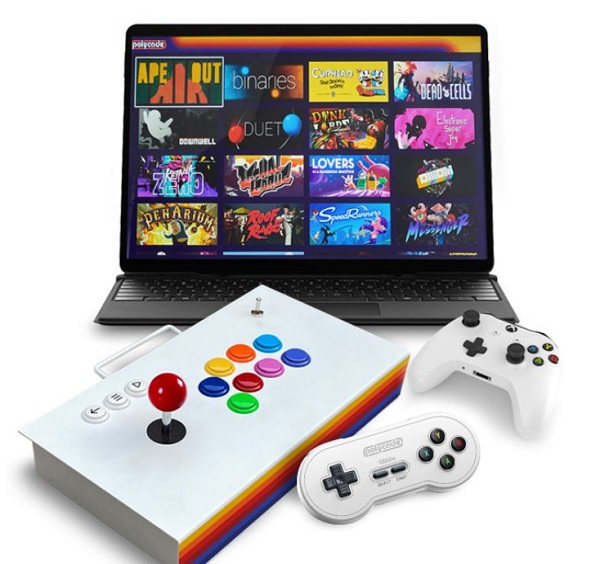 Above: Polycade software on a laptop with Polycade controllers.

Bushnell and cofounder Jake Galler had a successful Kickstarter campaign for Polycade in 2017, raising $125,000 from an ask of $25,000. They shipped about 75 machines based on those preorders and are now ready to try their luck again.

Polycade participated in the Comcast/NBCUniversal Lift Labs accelerator that Techstars runs and raised $2 million in investment from Founders Fund, Wavemaker Partners, Rashaun Williams, Eric Campbell, and various celebrities and tech luminaries. The company currently has a team of 10.

Bushnell said the company has more than 90 games signed at the moment and plans to hit the market with at least 100. The bulk of these are retro games normally sold in catalogs. Polycade said it will also ask users running illegal games if they want to make them legal through a licensing offer.

“I think that will generate a lot of sales,” he said, regarding the licensing offer. “This gives us insight into the space, and we can then take that information to major developers.”

Bushnell says those who preorder via the Indiegogo campaign could get their shipments by December 15, at least for the first 50 shipments.

As for launching during the pandemic, Bushnell said, “It has caused a lot of people to have extra time on their hands to spend at home. And so for a lot of folks, that means they have always wanted to get back into gaming and now’s the time. That’s the type of person that we think most needs the help.”