U.S. video game companies haven’t done well in China. Stymied by piracy and sometimes unable to understand the tastes of Chinese gamers, they’re floundering in one of the fastest-growing game markets.

But Seattle-based PopCap Games, which has pioneered the development of casual games such as “Bejeweled,” hopes to buck the trend. The company is sending its long-time business development director James Gwertzman to Shanghai to head the company’s Asia/Pacific office. Gwertzman has studied the Chinese market and spent about half his time in Asian in the past year. He also served in Asia for two years in a previous role for Microsoft.

Gwertzman will manage a team of developers, artists, business development staffers and others charged with taking hits such as Bejeweled and “Zuma” to Asian audiences. The office will also include a team of Chinese developers tasked with creating original games for the Asian market.

“If we can get it right, it’s a tremendous opportunity,” Gwertzman said. 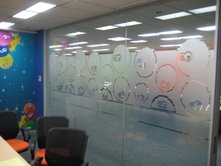 The good thing is that PopCap’s games are well known in China. The bad news is that most retail versions are pirated. “It’s clear that whining about piracy is not going to be the way for us to build a business in Asia,” said Gwertzman. Instead, he said, the company will explore different business models such as subscription online games, virtual goods sales, and other models that work in the region. He said the “try and buy” models may work, where gamers play a version of a game for free and then pay to unlock more of the game.

Historically, PopCap has focused on single-player games. But the nature of the market in China may force the company to come up with multiplayer versions. The company may also try its hand at creating mobile games for the Chinese market.

Gwertzman said it’s important for the company to remain humble, despite its successes in the U.S. PopCap has added staff in Korea, Singapore and formed a partnership with game publisher Square Enix in Japan. The company has 15 people in Shanghai and more than 200 overall.

Companies such as Electronic Arts have invested heavily in China but don’t have much to show for it. EA currently has an investment in The9, a company that distributes World of Warcraft for Blizzard in the Chinese market. PopCap CEO Dave Roberts (whom we interviewed in April) will be one of the speakers at the annual China Joy video game conference in July.