The World of Warcraft is about to get bigger. Now it’s time to figure out how.

Blizzard is announcing the next expansion for its hugely popular online game tomorrow (and it couldn’t come sooner with the game’s subscription numbers plummeting), but we don’t have to wait that long to get an idea of what to expect from it. Thanks to rumors, past examples, process of elimination, and educating guessing, we’ve come up with out own predictions for Warcraft’s sixth expansion. 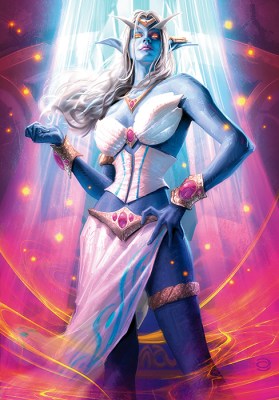 Before we get to our predictions, it’s worth pointing out this supposed leak (reposted on the forum MMO-Champion, since it was deleted from 4chan and Reddit). It says that Blizzard will name the expansion The Dark Prophet, and that it’ll focus on the Southern Isles of Azeroth and a story involving Azshara (the former Night Elf queen that now controls the serpent-like Naga) and Zul (a Troll prophet) as the main villains. While Orcs and Draenei were the respective Horde and Alliance races to get the most love in Warlords of Draenor, The Dark Prophet will supposedly focus on Night Elves and Trolls. It’ll also increase the level cap to 110 and add a new class, Shadowstalker.

So, do we believe this? Honestly, a lot of it makes sense. Azshara is one of the few Warcraft big bads that hasn’t made an appearance in the MMO. Out of all the potential expansion villains, she stands out and is interesting. Also, the Night Elves and Trolls haven’t had received a lot of attention in recent expansions, so putting the spotlight on them makes sense.

The idea of a new class is a bit harder to believe, however. Blizzard has only added two to the game since launch, the Death Knight in the second expansion, Wrath of the Lich King, and the Monk in the fourth one, Mists of Pandaria. OK, maybe that does indicate that Blizzard is fond of introducing a new class every even-numbered expansion.

However, Blizzard is already having a hard time keeping the current 11 classes balanced. Each one has three different specializations, which change their role (healer, tank, damage) and the way they play. Every major patch sees a lot of tweaks to all of these builds, and even then, some inevitably emerge as more popular and powerful. 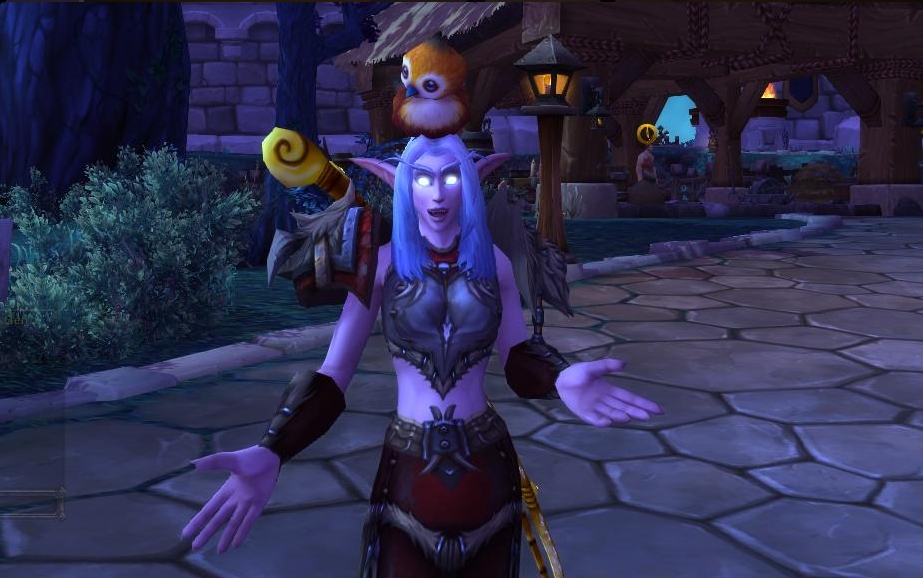 Above: Maybe bird-keeper can be a new class.

However, adding a new class does give players an excuse to play through old content again. But the last expansion, Warlords of Draenor, was the first that didn’t add a new class or race, instead focusing entirely on end-game content and giving new players an instant boost to level 90 so that they can see it all. It seems likely that Blizzard would continue this route.

Also, Shadowstalker seems like a weird choice for a new class. It sounds more like a specialization. All of the current classes (with maybe the exception of Death Knight) are pretty standard: Mage, Paladin, Warrior, Rogue, Hunter, and so on.

Again, the last new race came with the fourth expansion, Mists of Pandaria. Instead of giving each faction a new species to play as, Blizzard let Pandaren players choice their side.

Since Warlords of Draenor skipped out on adding new races, is the sixth expansion due a new one? Probably. New races are an exciting, easily digestible addition. Like a new class, they give players an excuse to start new characters. New races can also enrich the lore and story.

However, Warcraft might already be too full of races. It has 13 (six for each side, and then the Pandaren can join either). Out of all those races, it seems like a lot of them get pushed to the story’s sidelines. When was the last time the Worgen had a big part to play in any plot? What about the Gnomes? Blizzard is already having a hard time getting all of these current races enough time in the spotlight, especially when so much of Warcraft’s story focuses on Orcs and Humans.

But let’s say Blizzard does add new races — these are the most likely candidates: 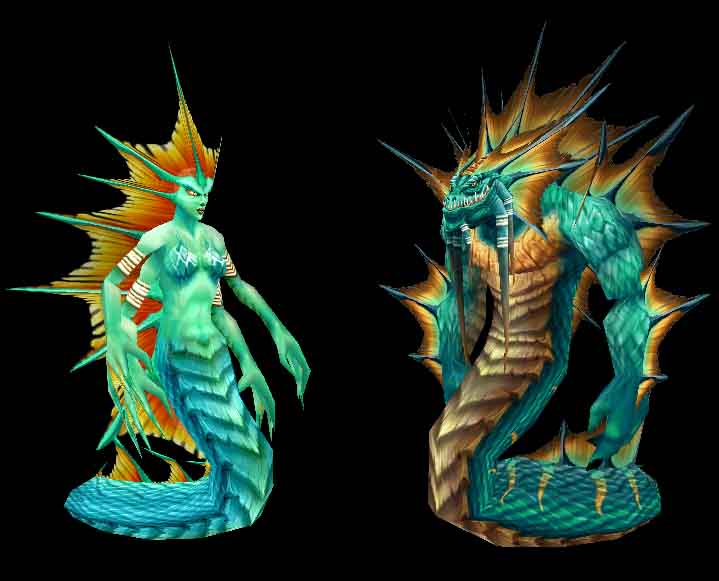 The Naga are a serpent-like race originally introduced in the Warcraft III expansion The Frozen Throne. They’re a recognizable race to any WoW player, and their scaly appearance stands out from any playable race. Of course, they might be a little too different. They don’t have feet or legs, which makes you wonder how Blizzard would handle the cosmetics behind all of that corresponding armor. 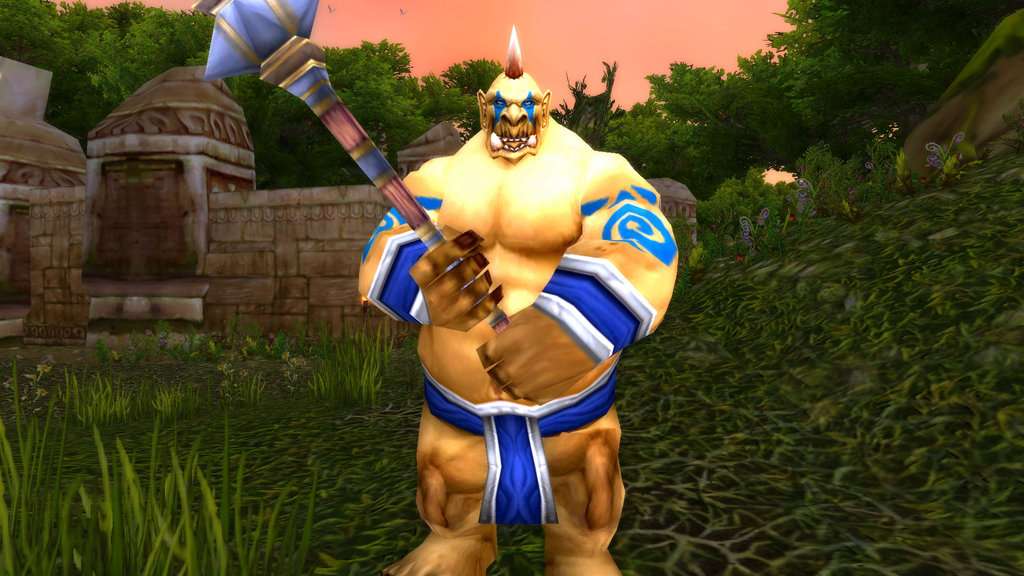 Ogres already fill up a lot of Azeroth, either as nonplayable characters that decorate the world or as enemies. They’ve also been a staple of the series since Warcraft II. The only thing really going against them is their height, since the in-game versions are bigger than any playable race. That would require either scaling down the current Ogres or reworking every area of the game to make sure tall Ogres can fit. 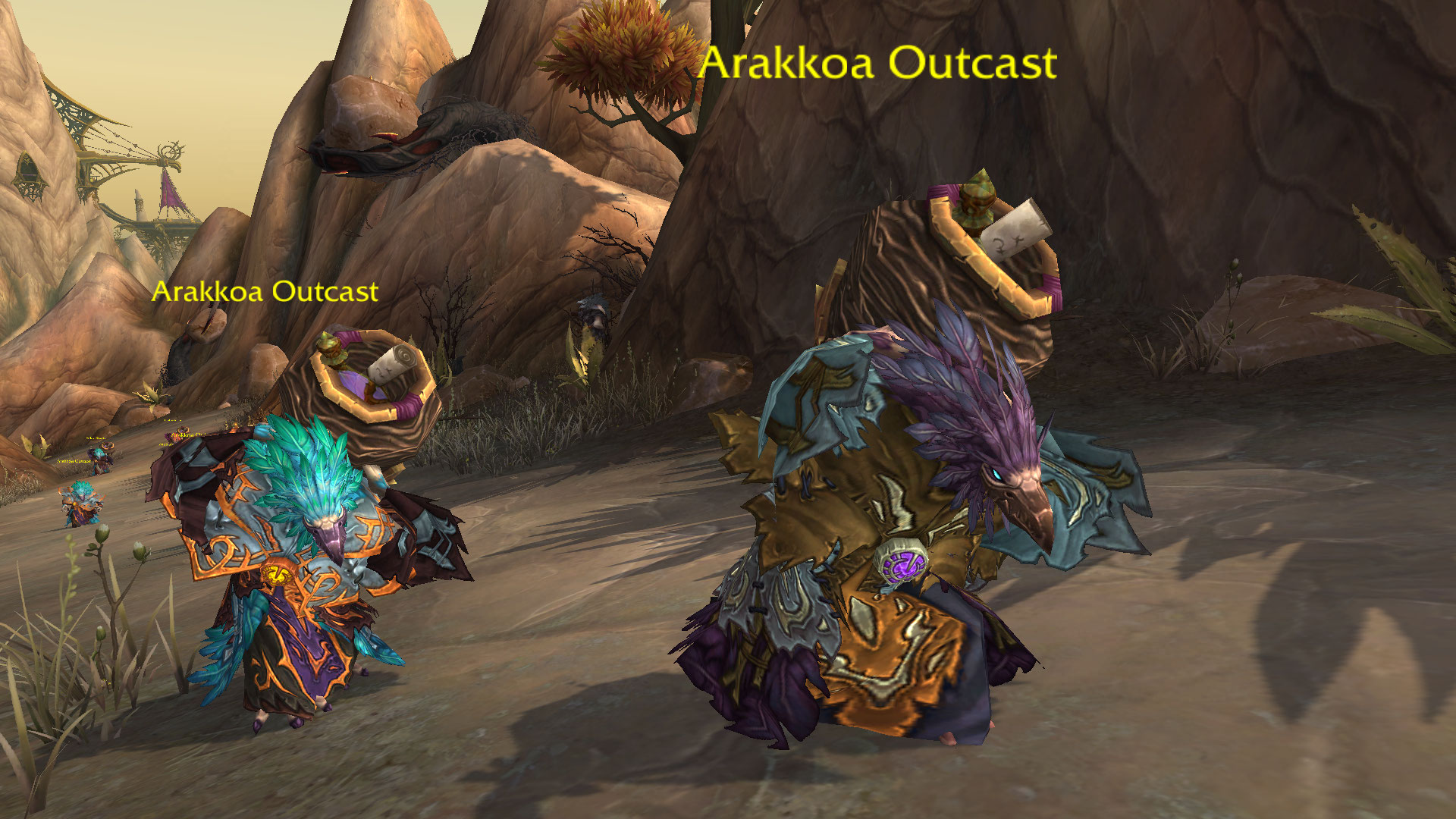 The Arakkoa are a bird-like race first seen in The Burning Crusade expansion, but they also played a big part in Warlords of Draenor. Regular Arakkoa can fly, which would make them an overpowered player race. But the Outcasts are thrown from their high cities to the ground, becoming crippled and unable to fly. They’re an interesting, melancholy group that would certainly stand out from the current races.

Where would the expansion take place?

The leak mentions the Southern Isles as the location of the expansion. That actually makes a lot of sense. It’s part of Azeroth that Blizzard hasn’t put a ton of in World of Warcraft yet (we got a taste in the Goblin starting zone), and its tropical themes would make for a distinct visual difference from past expansions. Also, the latest patch for World of Warcraft let players build a shipyard in their garrisons. Building a large ship that sails between these islands sounds like a logical next step. Honestly, out of everything in the leak, this seems the most plausible. 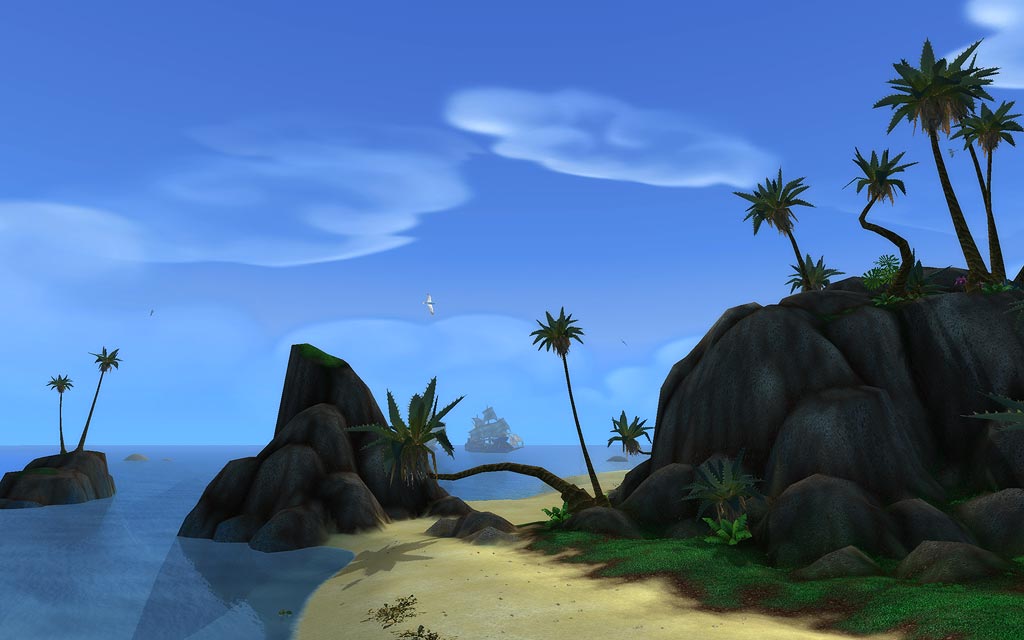 Above: The Lost Isles. 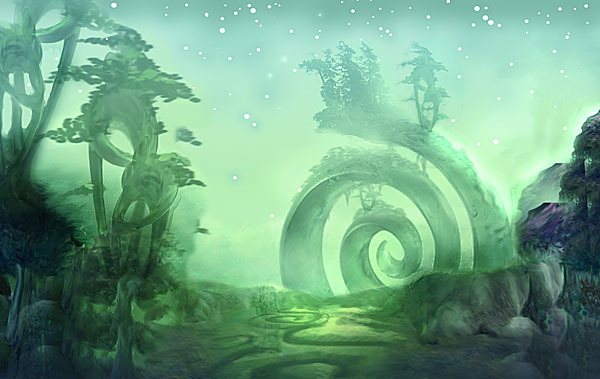 Above: The Emerald Dream.

Don’t be too surprised if the Dark Prophet leaks turns out to be true. A lot of it makes sense, and even if it isn’t an actual leak, the Southern Isles and Azshara seem like inevitable inclusions for an expansion at some point. It may as well be the next one.

But if not, then we’re putting our money on an Emerald Nightmare expansion. One thing’s for sure with either possibility: expect a lot of Night Elves.