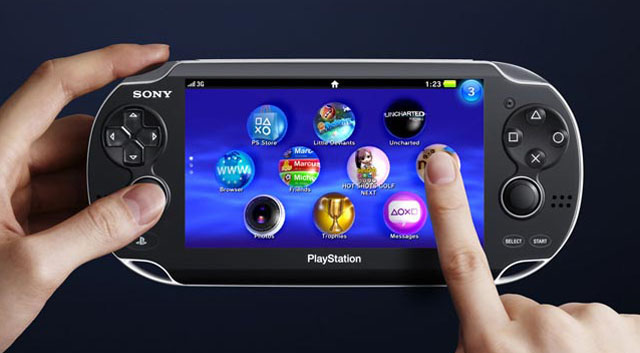 What’s it like developing a video game for the PlayStation Vita, Sony’s new handheld device? London-based independent game development and digital publishing studio Icon Games Entertainment is talking about its experiences in an online diary.

Icon Games has developed titles for a variety of platforms, including the PlayStation Portable, Wii, iOS and PC, and says working on a Vita project is different in many ways. The company believes it will have a more realistic prospect of earning a decent level of income from its Vita titles than in the past. “Unfortunately on-going Vita development has been difficult as we need to keep putting other titles out to keep some form of income coming in,” said Icon Games Head of Development Richard Hill-Whittall. “It is also more than a little scary when we look at some of the products and well-funded teams out there who are working on Vita right now. Sometimes I wake up and think; shit – how the hell are we ever going to pull this off!?”

Hill-Whittall says his tiny, 3-person development team is currently working on two PSP Mini titles and two PS Vita titles. Over the last couple of years, he’s found that WiiWare or Minis don’t provide enough revenue alone to support a full-time team, even a small one like Icon Games. This has led to severe, ongoing cash-flow restrictions for the company, making any future strategy or expansion incredibly difficult.

“Another thing on my mind is that we have just enough money to cover the bills in January – our last PSN invoice was for just €1684.45 ($2,181.53), which is a long way short of covering our bills for even one month,” Hill-Whittall said.

Despite the financial challenges of video game development, Hill-Whittall says he is proud of what his team has done. “Now while it is true that we still have to submit our Stage Two concept approvals for both Vita titles to Sony, and as of now only one of the games is fully up and running on Vita (we do much of our development on PC), [Steve Howard] has done such an incredible job with the Vita engine so far,” he said.

“Finally after years of Wii & PSP development I have proper pixel shaders, normal maps, real-time shadows, bloom, reflections and other effects,” he added. “At last I feel like a ‘proper’ 3D artist, at last able to utilise the latest shaders and effects to create the sort of environments and detail level that I have long dreamed of.”

Hill-Whittall also has nothing but positive things to say about working alongside Sony Computer Entertainment. “They are very supportive and deal with any concerns in a very positive way. No other platform holder comes close to this and it makes it a completely different (in a very good way) experience. They listen, help where they can and treat you with professional respect – certainly from our dealings with platform holders in the past this has been unique and very welcome.”

To date, Icon Games has developed and released over 20 games, including Bashi Blocks, Vertigo, and Pool Hall Pro. The two PS Vita titles the studio currently has in development are  Build’n Race Extreme and Pub Games.