PlayerUnknown’s Battlegrounds is getting a tournament in Germany with a $350,000 prize pool. The Gamescom PUBG Invitational will take place August 23 through 26, and developer Bluehole is planning to sell cosmetic items to fund the tournament and raise money for select charities. The studio will broadcast the event live on Twitch, Facebook, YouTube, Mixer, and Twitter.

As part of raising money for the prize pool and charity, Bluehole announced it is introducing a new loot-box system for its cosmetic items. Players can now use their in-game “Battle Points” (BP), which they earn through getting kills and winning, to buy more than just the standard Pioneer crate. These include the Wanderer and Survivor crates that feature clothing inspired by the Battle Royale movie and book, which also serves as the basis for Battlegrounds’ last-person-standing combat. The new Gamescom Invitational Crate, however, will require keys that you purchase for $2.50 each.

Bluehole is using the Gamescom tournament as a test for its in-game purchasing system. Prior to this, all crates unlocked for free. The studio says that it will return to that after the Gamescom event is over.

H1Z1, the last-person-standing shooter from publisher Daybreak Game Company, has featured microtransactions since 2014. Battlegrounds has had the hooks in its games for these kind of purchases since it launched in March. It has had a currency system and crates, but it hasn’t charged through its Early Access release up to this point. Bluehole has never explicitly said it would or wouldn’t bring microtransactions into Battlegrounds, but it has always seemed likely — and now here it is. 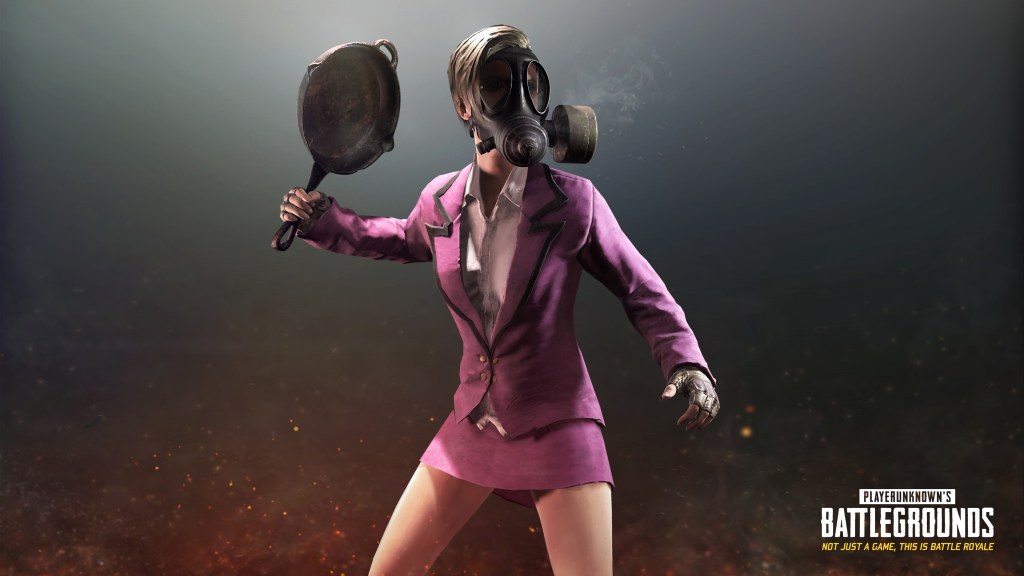 Above: One of the outfits you can find in the Survivor crate.

Bluehole is also adding the first-person-only mode to the North American and European solo and duo servers. Players now have the option to adjust their first-person field-of-view. Battlegrounds is also getting a new rifle.

As for the tournament, the Gamescom PUBG Invitational will see some of the top players from around the world competing in solo, duo, and first-person-only duo matches. Esports organizer ESL is putting the event together, and it promises to keep working with the studio on similar competitions in the future.

“From very early on we knew that the success of PUBG was reliant on the passion of its community,” Bluehole executive producer Chang Han Kim said in a statement. “We want to celebrate this by inviting eighty of the top players from around the world to compete in the first offline invitational. It’s been incredibly rewarding to see how quickly our community has grown, and we can’t wait to hear about everyone’s experience this summer.”

Oh, my summer experience? I died a lot and ate like four chicken dinners. It was pretty great.