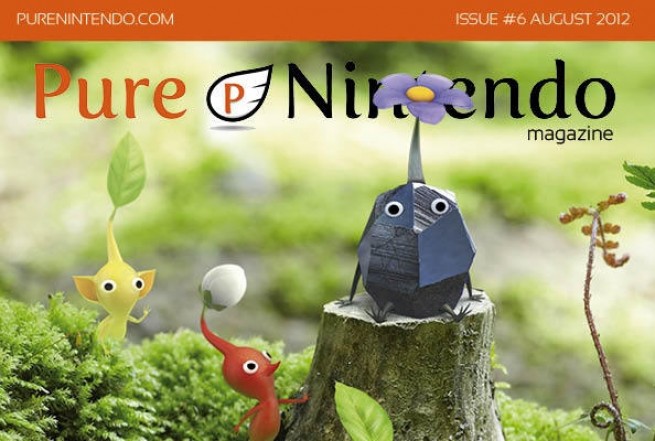 Nintendo Power magazine is dead. Print is dead. Yet someone is trying to start a new print magazine focused solely on Nintendo games and hardware.

Pure Nintendo is a digital publication that has just a few hours left to raise a total of $20,000. If it hits its goal, it will begin to ship out subscriptions of physical copies of Pure Nintendo Magazine.

“Pure Nintendo Magazine currently exists in a mostly digital form,” Pure Nintendo editor-in-chief Justin Sharp told GamesBeat. “We have developed the magazine’s layout and design over the last year and are gearing up for full-scale print production for our subscribers from the Kickstarter project.”

Sharp and his crew plan to ship a new mag every two months. Subscriptions net customers six issues a year.

“We’ve definitely positioned Pure Nintendo Magazine as continuing the legacy of print magazines such as Nintendo Power, but we also realize that consumers need options,” Sharp said. “With Pure Nintendo Magazine, we will offer print issues and also digital versions available through our website, iOS, and Google Play.”

Nintendo Power is the long-running official publication for the Japanese publisher. It will close its doors after 24 years once the December 2012 issue ships.

The proceeds from the Pure Nintendo Kickstarter will go directly toward funding the print costs for its first issue. If the funding campaign succeeds, then the first mag will go to the presses and immediately out to subscribers.

After that, Sharp hopes the enterprise can survive on ads.

“We have a number of advertisers lined up for our next six issues of the magazine and even more that have backed our Kickstarter that we will work with for future issues,” Sharp said.

As nice as it is to attempt to re-create Nintendo Power, in the end, readers are going to judge Pure Nintendo Magazine on the writing. Sharp thinks his team has that covered.

“The magazine already has a number of exclusive articles from game publishers such as THQ, WB Interactive, Ubisoft, and Nintendo,” Sharp said. “Our team is now comprised of 10 passionate people responsible for different areas on both the website and the magazine.”