The reality of the mobile games business is that it’s entirely hit-driven and completely unpredictable. Game studios need to churn out as many games as possible in a quick and cost-effective manner in order to find hits because it turns out, as an industry, we have a pretty lousy batting average. Based on our research, chances of achieving even top-50 success after shipping something that would be considered a “hit” is a pitiful 8 percent. Liberating development resources to crank out a ton of ideas and prototypes is more important than ever.

When a hit does come, the potential for longevity is huge. Many of the games in the top 10 right now are at least three years old, and user acquisition is increasingly competitive and monstrously expensive. If you want to maximize long-term LTV, you have to be incredibly smart about how you invest both time and money. Running a live game is a costly business, and the average across the industry right now would appear to be that it takes 20 people or more to maintain a hit.

The big challenge is solving how to decrease the cost of running a game throughout its lifecycle while freeing up engineering talent as quickly as possible. The best way to do this is by building tools that make it possible for a producer, live ops manager, artist, and data analyst to run a game. This way, the fundamentals of live operations, user acquisition and marketing, new content creation (the creation of events, and new levels), funnel analysis, and ultimately, game optimization, can all be managed without needing a coder in the mix.

What’s needed is a cloud-based, producer-oriented platform that allows a live ops manager to take real-time action based on what they’re seeing in their analytics — and create live events in real time, mix and match them, and target them to specific cohorts and users. Furthermore, because it’s cloud-based, your producers should then be able to deploy without having to resubmit the game to the App Store.

There’s been huge growth in technologies that free up studios to focus on creativity and the skills to make great games in recent years. Now, there’s an ecosystem of game services that studios can take advantage of. Obviously, Unity is the big one, and because of its wide cross-platform footprint, it now has a 45 percent market share for mobile game engines. We’re also seeing a rise in other third-party services that are carving out a niche to reduce the pressure on game teams throughout the life of a game. Engines are helping you build products pre-launch, there are services that help alleviate pain points throughout release, and then once the game is live, there are more tools to help with user acquisition and analytics.

Backend as a Service (BaaS) providers are giving developers the building blocks they need to build features for their games. Standing up server architecture to deliver a cloud-based, connected experience can be a very resource-heavy aspect of production, and it’s no wonder that companies have started to pop up with the purpose of solving this problem for mobile developers. That said, these systems are not particularly flexible, and engineers are still required to do a significant amount of legwork to build a feature from the foundation of the server architecture, and maintain it once it’s live.

Giving producers a tool that works in tandem with existing engines and platforms is the final piece of this game services puzzle. They need the flexibility to let the game adapt and grow with their audience, and to have all the tools necessary to test, make changes, and create new content in a live environment.

Features as a service

Peripheral features are increasingly something that can be commoditized. Fundamental things like multiplayer features and leaderboards are not unique to every game. Neither are functions like chat, activity feeds, lobbies, or customer service hubs. They’re all necessary features, but none of them are going to be what make your games successful. These “Features as a Service” (FaaS) can all be built once and then deployed multiple times to free up the developers to focus on more creative features.

However, building out asynchronous multiplayer features requires the development of a very specific set of expertise to really optimize head-to-head challenges and tournaments. At Fuel, we spent a full year with eight people looking into how to nail down this stuff, and we eventually found that we could increase daily average sessions per user by 350 percent, and increase DAU by anywhere from 5 to 30 percent. This was a huge effort, but ultimately it’s not going to be the root cause of any individual game’s success, it’s just something that needs to be done.

All this means that while you’re attempting to bang out potential hits quickly and efficiently, you can put all of your energy into differentiating your talent and doubling down on the skills that make you stand out. Put your best engineers and your best designers on core gameplay and IP development, and then outsource everything else.

Change doesn’t happen overnight. With time, the shift away from in-house custom development will become widespread and gain momentum. The ability to use an external team who specializes in a specific area just makes sense. 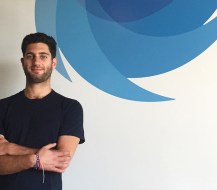 The Fuel Platform will be launching in November with the goal of providing a full producer-oriented live ops solution. It will allow developers to operate their games without having to impose on coders, and free up teams to focus on their next hit. Learn more here.

Sponsored posts are content that has been produced by a company that is either paying
for the post or has a business relationship with VentureBeat, and they’re always clearly marked. The content of news stories produced by our editorial team is never influenced by advertisers or sponsors in any way. For more information, contact sales@venturebeat.com.