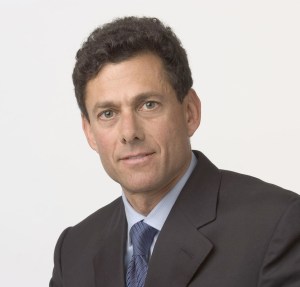 Strauss Zelnick is chairman of Take-Two Interactive, the hottest video game company on the planet thanks to its popular Grand Theft Auto IV, which sold more than 6 million copies in the first week alone. He is CEO of entertainment investment company ZelnickMedia and was previously CEO of music and entertainment company BMG Entertainment (now Sony BMG). Prior to joining BMG in 1994, he was CEO of video game developer Crystal Dynamics and president of 20th Century Fox. Take-Two had a warm reception to new titles at E3 such as “Borderlands” and is basking in the glory of GTA IV and last year’s sleeper hit, “BioShock,” which was my favorite game last year. But the company has been under the microscope since Electronic Arts made a hostile $2 billion takeover offer. EA extended its offer today and Take-Two promptly rejected it. Zelnick talks about being the manager of rock stars, such as the Rockstar Games team that made GTA IV.

VB: If you were inside a video game, and you saw Electronic Arts CEO John Riccitiello (see our interview) walking up to you, what would you do?
SZ: (Laughs). You mean I’m not a character in a game already?

VB: So the collegiality is still there despite the words going back and forth about the hostile $2 billion takeover offer?
SZ: We’ve taken enormous pains to be judicious in everything we’ve said. No, this is business. It’s not personal. 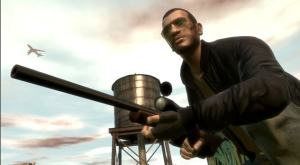 VB: You highlighted creativity in your E3 press conference talk. You did that last year as well. Almost everybody in the industry says that. How do you execute on it?
SZ: We have the highest average ratings of any third-party publisher. We won 50 “game of the year” awards for BioShock. Take-Two/Rockstar’s “Grand Theft Auto IV” is the highest rated game ever. It had perfect scores in everything except Microsoft’s publication, which gave it a 95 out of 100. I’m pretty pleased with how we’re doing on the creative side.

VB: Does that mean you let the creative people get what they need?
SZ: I try hard to. I talked about it a little bit today. We talk about being the most creative, most innovative, and most efficient company in our industry. We mean that. It can’t just be lip service. We start with what are people passionate about. Of course, we try to apply business discipline. We don’t have the highest average budgets in the industry, even though we have the highest-rated third-party games in the industry. Both can be true if you run a really lean and efficient corporate structure that doesn’t get in people’s way on the one hand, and if you encourage people to work on what they’re passionate about on the other hand. Then you get the best results. There is no inconsistency. Some people believe that in the entertainment business, creative freedom is correlated with over-spending. I don’t feel that way. We’re talking about combining passion and talent. And we’re aiming to delight our customers. I think it works. If you talk to our creative people, and we’ve got 1,400 of them, most of them would support that. 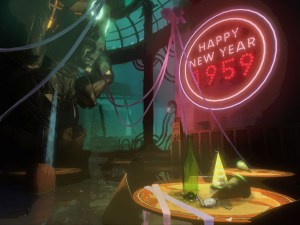 VB: So in a practical situation, where someone like BioShock creator Ken Levine says that it is ten months before shipment date. But he says they finally have the story that they need for BioShock and it’s going to mean some changes to the game. That floats up to you. How do you handle that? (Readers: this is a true story).
SZ: We proved that we were willing to delay the launch of GTA IV because we didn’t feel we would get the best result. We made a very tough business decision that was bourne out by its success. And in the case of BioShock, with 50 game of the year awards, the creative choices that were made were exactly right. Some of them were made late in the game. Do you do that all of the time? Of course not. You have to be selective and judicious.

VB: When your team came in after the proxy fight for control of Take-Two in 2007, you and your management team was painted as investors who wanted to get a return. Electronic Arts seems happy to paint you that way. How would you prefer to be viewed?
SZ: Well, everyone in business is judged by their returns during their watch. … Before we took over the company, the stock was trading around $17. By any standard, we’ve had a very good run for the past 16 months. Certainly by comparison to other industry players, we’ve had a good run. We are indeed investors. We are shareholders in the company. We’re also operators. That’s been our track record and our reputation. We are operators who invest, not investors who operate. That’s true of all of our enterprises.

VB: How do you look at the impression that people have that Take-Two is a GTA company or a Rockstar company? That there isn’t much more to it.
SZ: I know that is one of the impressions that’s been leveled at the company. The reason it’s been an issue is because of the company’s economic volatility. In a release year for a GTA game, the company would make money. In a non-release year, it wouldn’t. One thing we said to investors is that we don’t expect to drive all of the volatitility out of an entertainment company. But we do think it is our obligation to deliver a profitable enterprise year in and year out. We took enormous steps to reduce the costs of the company. 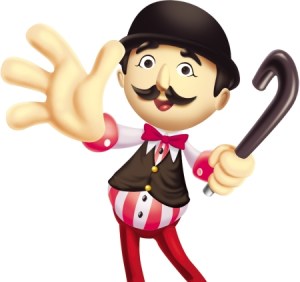 We aren’t giving guidance for 2009 yet. But I feel very good that we can deliver on that goal of a profitable enterprise even in non-GTA years. Look at our array of hits and owned intellectual property. We have 30 million-plus selling titles, 15 of which are fully owned. BioShock. Carnival Games. Our entire 2K sports line-up, like NHL, MLB, and NBA. TopSpin tennis. Carnival Games for the DS and Carnival Games for Mini Golf. Civilization is out in the market now and doing extremely well. Midnight Club LA is coming up and the list goes on. It’s just not true that we are only about GTA.

VB: How does the market look now? Did the market come to where Rockstar is or did they go to where the market is?
SZ: I’ve always believed that the right strategy for an entertainment company is a limited number of very high quality titles. We are fortunate that was the strategy of the labels at Take-Two when we took over the company. Not entirely coincidental. Remember that a good portion of Take-Two was formed by Take-Two’s purchase of BMG Interactive, which I founded and built and ultimately was forced to sell. My fingerprints have been on the strategy of the company for a long time. The answer to your question is that the market always moves to the top-quality titles in mature entertainment businesses. In periods of high growth, like where we are now, B titles and C titles can do OK. But as soon as you get to the point where the platform penetration has reached its asymptote, then quality reins supreme. We think that if you focus on quality all along, regardless of where the market peak is, you will do better.

VB: Is there any expected peak in the market?
SZ: I don’t have a point of view. I think the cycle will continue for some time. We are just now beginning to see robust penetration of the consoles into the market.

VB: Do you have any message for investors or consumers?
SZ: The message we are trying to convey is this: Our strategy of being the most creative, efficient, and innovative company in the business is tailored to creating shareholder value. That’s what we’re all about. That said, we have other stakeholders. We start with the focus on delighting the consumer. We take awfully seriously the notion of being true to our colleagues, employees, and the company. We want to make sure they focus on what they’re passionate about and they have a productive and exciting career at our company. We also focus on our investors and getting them a return. If we get these things right, then everything else takes care of itself.