Ted Price is one of the stalwarts of video game development. He founded Insomniac Games as an independent video game development studio in 1994. Since then, the company has sold more than 28.5 million video games. The president and chief executive of Burbank, Calif.-based Insomniac is perhaps the biggest die-hard PlayStation developer outside of Sony. Even as many other studios go cross-platform, Price’s studio has made games exclusively for the PlayStation, PlayStation 2 and PlayStation 3. Its big hits include “Spyro the Dragon,” “Ratchet & Clank,” and “Resistance: Fall of Man.” The latter was a key launch title that got the PS 3 off the ground in the fall of 2006 and squared off against Microsoft’s big title,”Gears of War” for the Xbox 360. Price also served the industry as chairman of the Academy of Interactive Arts and Sciences, which gives out the equivalent of the Oscars of the game industry. The company recently decided to open its first satellite studio in Raleigh, N.C. and is working on Resistance 2 for release this fall. Opening that studio is no light matter, since the company cares about its small-company culture and has been named three years running as one of the “Best Small Companies to Work for in America” by the Society for Human Resources Management and the Great Places to Work Institute. 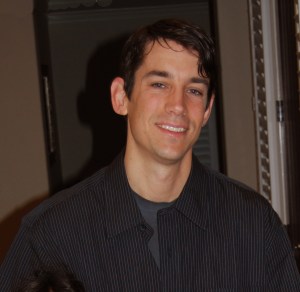 VB: Why did you set up your new office in Raleigh, N.C.?

TP: When it comes to location, North Carolina has a thriving game development community in the Research Triangle. It has the colleges with strong computer science and art programs from which we’d like to draw. There’s a lot of talent on the East Coast that would like to work for Insomniac but doesn’t want to make the move to California. This is an opportunity for us to be available for talent.

There is [game developer] Epic [already in the region], Ubisoft’s Red Storm (Tom Clancy) studio and there are others. It’s a thriving game community that is very supportive of other companies.

VB: How is this consistent with the overall strategy of where you want to take Insomniac?

TP: We’ve always had the philosophy of quality over quantity. We’ve also had the problem of pressure to expand. As our production processes become more efficient, we have more opportunity. But we want to keep the Burbank office small and focus on just a few games at once. By starting in North Carolina, we can create more games, more intellectual property, but continue that small company feel in both places.

VB: Is game development changing and causing this expansion?

TP: That’s not the pressure we’re under. It’s self-imposed pressure. It’s opportunity for all of us. We love making games. We love to come up with new concepts, but because we want to remain relatively small, we can’t do the things we want to do. 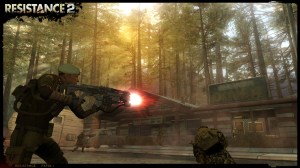 VB: You’ve been interested in the past in different kinds of business model opportunities for game developers. I think what used to happen was that game developers became publishers.

TP: Perhaps. I don’t know too many who successfully made the jump from making games to publishing games. It’s different skills. We focus on what we do best, which is developing games.

VB: But I suppose there should be a way to become a bigger company and still focus on just the part about developing games? Foundation 9 or Bioware/Pandemic forged that path to become stand-alone development companies. Do some of those alternatives looking interesting to you?

TP: What’s most attractive to all of us is to maintain the core philosophies we’ve had from day one. To create a company where people are creatively free, where there is a lot of communication, where politics and bureaucracy don’t get in the way, and where the games are key. That’s why we’re moving in this particular direction.

VB: Are you deliberately avoiding being acquired by a publisher, then?

VB: If you have multiple teams, then I suppose you don’t have to worry as much about the exact timing of your game releases. If one game is wrapping up, you don’t always have to juggle so much to make sure another one is ramping up?

TP: Our philosophy has always been to have a couple of games in pre-production so that when we finish a game we always have something else to move onto in the next production cycle. That’s been a key since our days doing Spyro the Dragon games. Opening another office isn’t necessarily related to that. The office in North Carolina will also operate fairly autonomously. It is creating games on its own with some support from tools, technology, marketing and human resources over here.

VB: How many people do you have in Burbank?

TP: We have 175 folks here now. We’re a little larger than we normally are because we are moving into the final stages of Resistance 2 development. It has a large multiplayer component and we have a lot of testers now.

VB: I know that some of the other great game development companies struggled with how to increase production without sacrificing quality. For a long time, id Software stayed small but struggled. Epic Games chose to expand rapidly via acquisition and hiring. Were you in a similar boat?

TP: That wasn’t the reason we decided to open up in North Carolina. It was an opportunity. We could stay the same size we are now. We’re focused on quality over quantity.

VB: What’s your feeling about the Entertainment Software Association and the E3 trade show now?

TP: E3 is still an important aspect of the game development process. It’s our opportunity to show new features for the games we’re developing. It’s been easier for us as a developer to deal with since it moved to later in the year. That makes it easier for those of us developing games for the fall because we can show games that are more complete. 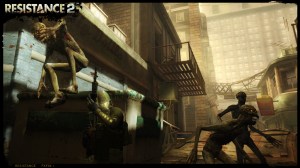 VB: How is Resistance 2 coming?

TP: It’s coming along well. What’s great about staying on the PlayStation 3 is that we have a good base for tools now. That played a lot into the decision to open up the North Carolina office. We knew we could create a team that focused on generating content, with support from the tech and tools team here. We have a Nocturnal effort, where we share a lot of what we learned about R&D on the PlayStation 3 with the rest of the industry. We hope that, with the R&D pages on our web site, we can give developers a leg up on the PS 3 and help everybody create better games.

VB: You still have no urge to move to other game platforms?

TP: No. There are always opportunities, since we are independent. But for this generation, we are focused on the PS 3 and the leading edge.

VB: It seems that there aren’t that many developers who have made the bet. Why wouldn’t you want to make it easier to double or triple your money by going to other platforms?

TP: That’s the assumption. Would you really double or triple your money by doing that? The answer is, possibly. It depends on the publisher, the quality of the game, and if you can pull off multiple versions of games with the same level of quality. We haven’t been set up to do that. We’ve been focused on PlayStation technology for a long time. If we were to make that jump, it would take a lot of planning. Right now, we see the other side. If you have a strong publisher who is marketing your games as a way to sell the hardware, then you get a lot of exposure. The sales of “Resistance: Fall of Man” have done very well worldwide, including a lot of fans playing online. 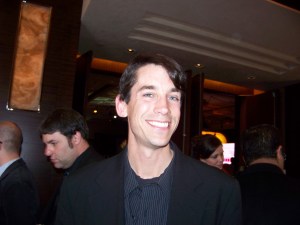 TP: We aren’t saying what they are working on. But we have said they are using tools that we have developed here in Burbank to make games.

VB: How are you going to make Resistance 2 better than Gears of War 2?

TP: (Laughs). I wish I knew more about Gears of War 2. I saw their trailers and they look great. I don’t know about the features. What we have talked about with Resistance 2 is the huge single-player campaign with a much greater scale than what we have been able to pull off before. I am talking about the size of the enemies, the density of game play, and the overall scale of the story as well. That scale is paralleled in our multiplayer mode. We can have 60 players online at the same time in competitive mode and eight players in cooperative mode. It has a separate campaign with its own light story, with features like multiple classes, character progression, and persistent rewards. It’s a big game.

VB: And a couple of bonus questions. Now that you’re in Raleigh next to Epic, will the rivalry with Gears of War 2 be even bigger?
TP: We know everyone wants to see a huge rivalry between Epic and Insomniac when it comes to Gears of War versus Resistance.  The fact is that we have a great deal of respect for Epic. Personally I’ve had the pleasure of knowing Mike, Mark and Cliff for a long time. There’s no rivalry because we’re all about making the best games possible, and learning from other developers along the way.  I’m sure the Epic guys would say the same thing.  Of course, when it comes to our softball team, or even our bowling team, that’s a different story.

VB: How do you determine which people work on Ratchet and which on Resistance?
TP: We actually have a stand-up comedy tryout here.  It’s done “American Idol” style, and if you don’t get booed off the stage then you can work on Ratchet.  If you get caught throwing sharp objects at the performers while they’re on stage, then you work on Resistance. Yes, I kid.  The truth is we try to accommodate people’s project preferences whenever possible while recognizing that each game requires
different skill sets and artistic sensibilities.