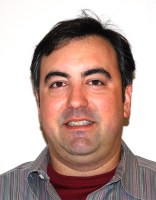 PlayFirst co-found and CEO John Welch has done what many have tried, and few have succeeded. He’s managed to launch a company built around casual gaming and actually build established brands. And while Cooking Dash might not be as instantly recognizable as Mario just yet, the company has just started cookin’.
We sat down to talk to Welch, who co-founded the company in 2004, at the New York Game Conference.

VB: Where do you see the state of online games today?

JW: I think we’re seeing an expansion of the traditional games market. In one way it is the massively multiplayer online way [where thousands of people can play together simultaneiously]. It’s the more social aspect of gaming and yet some of those tend to make people more anti-social in my experience. And on the other end of the spectrum there is the “casualization” of the video game industry. Will Wright said recently that the most important thing happening in video games is the casualization of the core industry. At PlayFirst our perspective is that that’s kind of in the distance. We’re really attacking or going after the ‘gamerification’ of the mass market. If you have the whole gamer industry, that’s a segment, and you’ve got everybody else, which is a bigger segment. So our approach is getting those people to become gamers.

VB: Where do you see the consoles vs. the PC fitting into all this ‘gamerification?’

JW: Interesting topic. We had a big debate on that yesterday. There are folks who think the console model is dead because the PC is going to be more important. “World of Warcraft” drives more revenue at Activision Blizzard. I think [Blizzard Entertainment] just acquired Activision, right? It is an interesting debate and over the last 30 years, or 20 years at least, people have been saying “the PC is more powerful than the console and that you can just plug your PC to the TV if you want to.” I don’t really agree with that logic, but I think the console is going to be over as we knew it previously. They’re expensive to make, there is no real need for them. The historic justification of the console was one-to-one with interactive entertainment in the living room, because video games were the only form of interactive entertainment. Now as you look to personal media, Hollywood media and even TV shows becoming more interactive, oh and video game also, and the increasing compute power, storage and connectivity of this beautiful display on the wall that’s not just a gaming platform, that’s a multimedia platform. So I think we see the console hardcore gamer being more of a niche at that platform.

VB: What is the reason you think consoles might be going out? There is a small opinion that it is in part because the so-called ‘Sony era’ is in many ways over. Would you agree?

JW: I think the biggest proof point in the death of consoles in my thesis is the Wii. The most successful, most difficult to acquire console in this generation is at least a generation old in hardware. The advances are in software and peripherals. Why do you need a box for that? If the real expansion is occurring because of what Nintendo has done, why do we even need a console? The technology could be adapted to run on your average set top box, at least in the next generation of set top boxes. How much would it cost to integrate Wii-like technology into a set top box, if anything even needs to be specialized? What we really need are more standards around the input devices.

VB: So are you saying that we could see a more generic box, akin to a cable set top box, replacing the traditional console? 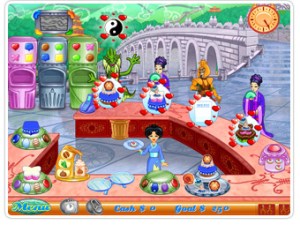 JW: First of all, I think there are multiple initiatives even at Microsoft, all competing with each other to own the living room. The Xbox is the big public one that we know about, to make the Xbox a wider platform, not just for video games. First there is casual games and then multimedia and that sort of thing. But what I see is what sort of disruption could happen. We can all debate what might happen. The old publishers, from places like Atari, and the old video game industry, they’re great at saying, ‘We know what’s occurred and we can predict linearly what will happen next. And you Internet guys are crazy for thinking disruption is going to happen.’ But I say that you can’t predict disruption. That’s why it is disruptive, and demonstrated by only the Wii, but now by the iPhone. This turned the mobile media market upside down. People bought this device because it can play content. This gives you access to multimedia, and some of the top selling apps are games.

VB: You don’t think it is just Apple’s marketing?

JW: What, the cool marketing? Well, the point is could someone else have done this? But now Apple has, and the next question is what does this mean for the living room. We’re seeing that companies like Netflix have put out a box to watch movies. They’ve moved from mailing DVDs to living room downloads, but that’s really a first generation device. The next step might be more specialized hardware that lets you watch movies that don’t come through the mail. 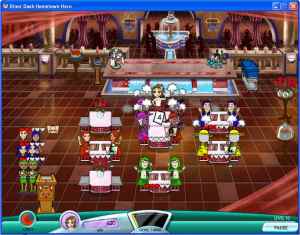 JW: I think there will be components that will make it look like a PC. But I don’t think it will be the PC from the perspective of what you put on your desktop or use to access your spreadsheets. One of the advantages of the consoles, which made the consoles successful, was that it was easy to use. Kids can’t break them very easily. The controllers may have lots of buttons but the console itself is very simple, as opposed to a PC that’s really a computing device. So that’s why the issue of console vs. PC is an interesting one, but it could be something else. I imagine Google has a ‘cloud’ solution. Why is there a piece of hardware at all? This disruption brings innovation, like Yahoo!, and Google and Facebook. And every time you thought it innovation was done, two people in a dorm room can’t do something and out pops another half billion dollar market cap company. That’s very cool and way more innovative than anything in just the video game space. As video games become more broad and more people participate you’re going to have a more broad range of kinds of entertainment. It isn’t just a 3D shooter in a virtual world anymore.