One of the most important games in shooter history is celebrating a big birthday.

Quake came out for DOS PCs on June 22, 1996, making the historic first-person shooter 20 years old. Quake came from Id Software, the company that pretty much invented the first-person shooter. Before Quake, Id worked on the Wolfenstein and Doom series, but Quake stood out because of its use of 3D graphics, which were revolutionary at the time. The franchise also helped kickstart competive gaming and conventions — QuakeCon also started 20 years ago. The series has spawned five games, with a sixth, the multiplayer-focused Quake Champions, announced earlier this month at the Electronic Entertainment Expo.

Sales are hard to find for the series, but Quake has had a significant impact on the industry. After its release, shooters quickly adopted 3D graphics as the norm, as seen in subsequent, important FPS games like 1997’s GoldenEye and 1998’s Half-Life.

Just as Mario 64 brought 3D graphics to platforming and console games, Quake showed how shooters could evolve beyond 2D graphics made with sprites. Even 1996’s other big FPS, Duke Nukem 3D, still used sprites. Duke Nukem 3D came out just before Quake. It is considered the last of the great sprite-based games.

Quake also helped to popularize online gaming. Shortly after the original’s release, Id released QuakeWorld, which allowed players with dial-up modems to easily comepete against each other. Today, online gaming is a huge factor in almost every shooter, including the Battlefield and Call of Duty series.

Quake also attracted one of the earliest modding scenes. Even the Team Fortress series had its start as a mod for the original Quake. Today, some of the biggest games, especially in esports, can trace their roots back to mods, including Counter-Strike: Global Offensive and League of Legends.

The Quake series is also known for its rivalry with Unreal. The first Unreal came out in 1998, and it also started a series of 3D-based shooters that quickly became known for its multiplayer options. Quake III: Arena and Unreal Tournament, both games that focused entirely on competitive play, released in the same year in 1999.

Quake’s director John Romero reflected on the anniversary today on his blog. He also shared some of the earliest screenshots for the project, like the one below. 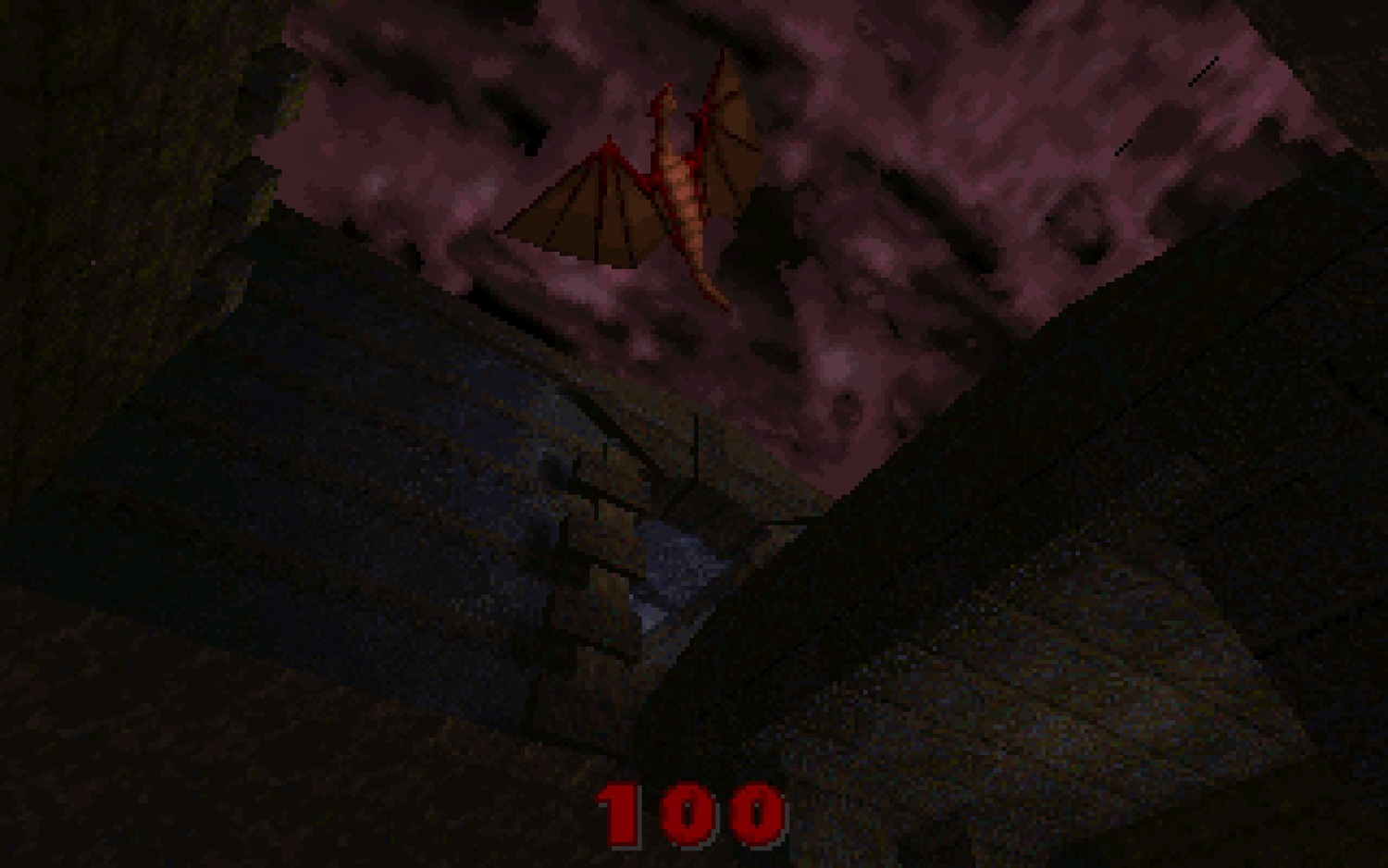 Quake soon became a series, with Quake II following in 1997. 1999’s Quake III: Arena would focus entirely on mutliplayer, a rare move for a shooter back then. 2005’s Quake 4 brought back a single-player campaign. Enemy Territory: Quake Wars in 2007 put the focus back on multiplayer. Id also created a browser version of Quake III: Arena called Quake Live in 2010.