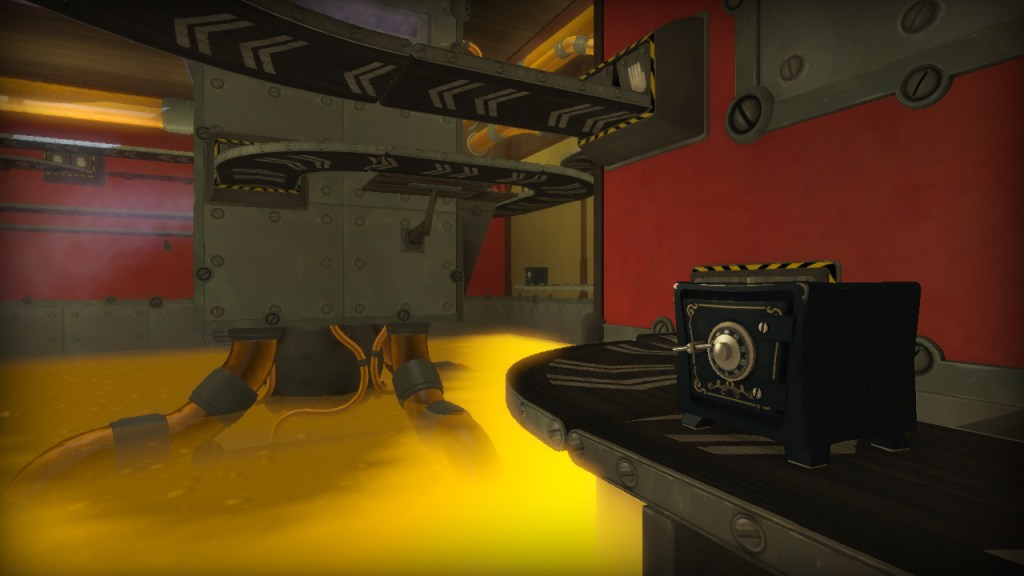 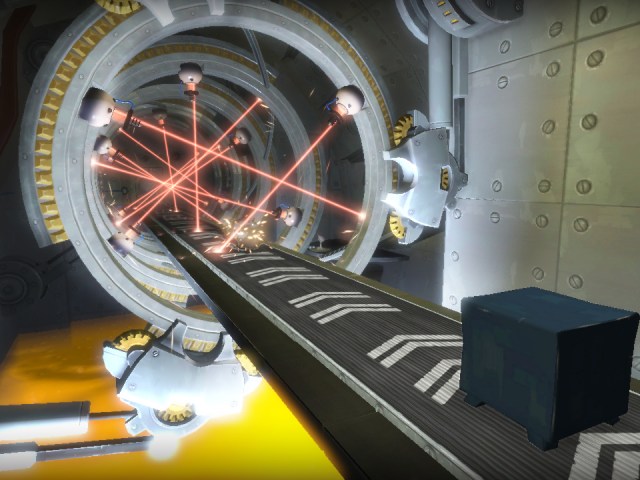 The ending
No spoilers here, honest, but the ending is a rather flat affair. The number of hours I spent figuring out the puzzles and listening to the tantalizing hints of what actually went wrong with the dimensions and Qwadrangle Manor ended abruptly and with an odd lack of finesse in the final hour. It’s a backhanded complement to say so, however, as the rest of the game’s story, environment, and level design led me to expect big things from the end game. Sadly, big things do not materialize.

Touchy, floaty, and frustrating platforming
While Quantum Conundrum exhibits strong level design, the extremely touchy controls and overly floaty jumping mechanic makes the platforming needed to execute the solutions all the more difficult when maneuvering the main character around the levels.

It feels odd to say this about a game in which players are manipulating the very forces of gravity, but the physics of guiding an object through a complex series of hazards and obstacles never felt very predictable. It’s hard enough to remember what specific dimension I am shifting to or from without the added overly long jump or underperforming safe-toss to keep mein a holding pattern long after I’ve solved the conundrum of each area. 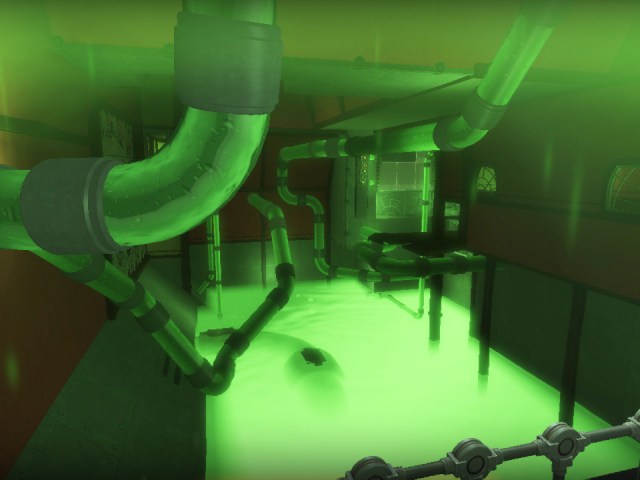 Hub transitions are hard
What gave me the most trouble wasn’t the difficult controls or unpredictable physics but the two odd areas that I ened up in after the first and third wings of the mansion.

After each large level, players return to the great hall, a hub of sorts, where they can access the next wing or go back to previously completed sections to engage in masochistic speed runs if they so desire. What whacked me out, however, was an area just off this hub room that I later found out to be a playroom of sorts. It felt just enough like a puzzle level that I wasted a good hour or so in there just trying to figure out the solution. I would have welcomed adding a simple sign or even a sarcastic voice-over prompt here.

The final wing of the mansion is in an out of the way area that is not readily found. The visual cues that took place after I activated the third and final generator all had me trying to jump on a big, revolving, planetarium-like structure in the center of the hub room with no success for quite some time until I had to beg the developers for a hint. When I found out I wasn’t even in the final wing and was basically jumping around in an area that had nothing to do with finishing the game, I face-palmed and continued. This is no way to make a game that has such elegantly intuitive puzzle design.

Quantum Conundrum is similar enough to Portal to give us all a thrill when playing it. It’s not, however, a simple iteration of the Portal formula — that was Portal 2, an experience that left much to be desired in it’s recapitulation of the earlier hit title.

I found plenty to engage my brain and my senses in Quantum Conundrum; although, I could have done without the irrelevant “cute” mascot, Ike, as well as the overly sensitive controls and inconsistent character mobility physics. The humor and emergent storyline — while not as utterly sparkling as it could be — serves its purpose well, encouraging and rewarding me for moving through even the more conniption-inducing moments of brutal twitch-platforming or clueless pathfinding I found myself in.

Bottom line, this game is a fine way to spend several hours for a fine price as well. The challenges will please more core gamers while the comprehensible level design will likely attract new players attracted to the art style and refreshingly different gameplay mechanics. I recommend it heartily to fans of Portal (either version) as well as gamers who may be suffering from shooter fatigue. The more quirky little games like this that we can support with our dollars, the better the ecosystem will become.