Ubisoft is taking the wraps off of its Tom Clancy’s Rainbow Six Siege expansion, dubbed Operation Chimera. That could very well get the game’s 25 million fans re-engaged with the five-versus-five tactical shooter multiplayer game.

I got a good look at Operation Chimera this week at a preview event, and Ubisoft is showing it off at the global tournament Rainbow Six Siege Invitational in Montreal this weekend. Chimera will be available on March 6, and it is the latest thing to keep Siege growing in popularity in its third year.

In the game, a team of five operators attacks a stronghold, such as a home or a building, while the other defends by putting up traps and obstacles. The attacking team has to find a way in and defuse a bomb, kill all the defenders, or perform some other task. The combat isn’t at all like Call of Duty, as it is realistic. One bullet can take you out, and it pays to use stealth and caution, rather than running and gunning.

Chimera includes two new attack operators — or playable soldiers — with biohazard skills. The operator Lion from France has a drone dubbed the EE-One-D, which surveys hot zones and maintains quarantine protocols. Lion has a V308 submachine gun with .308 rounds. He has a claymore and stun grenades.

The other new operator is Finka, a Russian operator who has a nanobot shot that boosts health, speed, and recoil control. Both operators are part of the Chemical, Biological, Radiological, Nuclear (CBRN) Threat Unit. In 2018, Ubisoft plans to release eight new operators over four seasons. 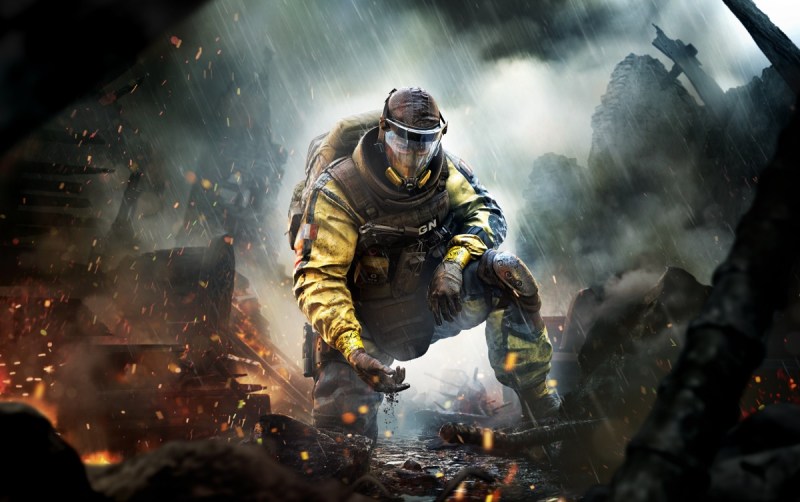 Above: Lion in Operation Chimera.

Finka can buff the health of teammates. She can do that by delivering a nanobot shot to fellow operators before a round starts. During the round, she can activate the nanobots to revive or otherwise assist the teammates who get into trouble. If you’re shot and bleeding on the ground, Finka can revive you.

She has a Spear .308 rifle, SASG-12 shotgun, and a 6P41 light machine gun. And she has breaching charges and stun grenades. Each character has a backstory. Finka was affected by radiation in Chernobyl, and she had a degenerative muscle disease. She became a scientist, developed a cure, and joined the army. 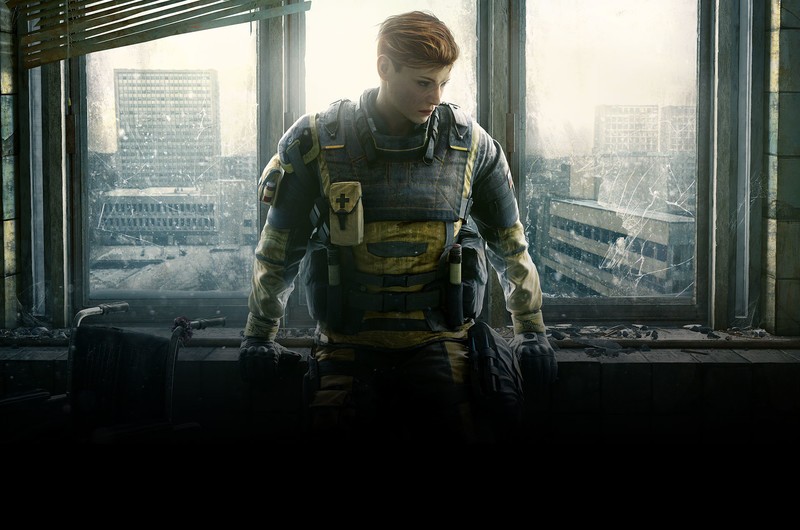 Above: Finka is a new operator in Rainbow Six Siege Operation Chimera.

Ubisoft has a free weekend event for Rainbow Six Siege, allowing players on PS4, Xbox One, and PC to play the full game for free.

This title is clearly not my game, as I am a noob at it. I got shot all of the time from all sorts of directions. I didn’t realize I had to set my phone to silent when the enemies buzzed my phones to find my location. I shot my friendly players a couple of times. And I accidentally sealed my teammates inside rooms a couple of times. But I enjoyed my time playing alongside some skillful players.

In each round, there’s a prep phase when the defenders can set up obstacles, such as metal door barriers, wall reinforcements, and barbed wire. Meanwhile, the attackers send their radio-controlled cars into the building to try to locate the objective, such as a biohazard box.

In the video, we played on maps, such as Theme Park, where you assault a big two-story building from a variety of entry points. When we defended, we had to be careful about Lion’s drone. When he launches it, he can see all of the players and entities in the map. When the drone sends out a pulse, everyone hears it. If you’re moving, you’ll be tracked. If you stay still, the drone won’t find you.

We played a few rounds before we figured this out, and we were wondering why we were being picked off so easily. In another map called Favela, we were preparing to assault a three-story building. I took a wrong turn and fell off the building, severely injuring myself, so I could only crawl around. Finka activated her nanobot, and I was back on my feet. It was great for bad players like me.

On defense, I liked playing an operator named Kapkan. In addition to being able to build barricades, he could also put up booby traps alongside doors. I put those up to try to be more useful to my team. And I learned to stay back and watch my better-experienced colleagues take the point in the attacks or in pushing back the attackers. It was fascinating to see some of the good players through their cameras, as they were able to shoot players behind doors with the narrowest sight lines.

Playing Operation Chimera for a few hours gave me a good idea of the skill involved in being an operator, and I’m not surprised that the game keeps growing and holds the attention of 25 million people.