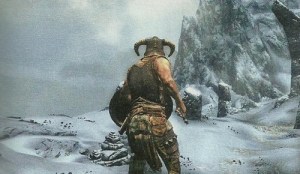 Game tracking and social network service Raptr has crunched data from over 10 million users to name Bethesda Softworks’ The Elder Scrolls V: Skyrim as the “most played” game of 2011.

It should be noted that Raptr’s data comes from a self-selected group of members who sign up for a free Raptr account, which tracks and shares their gameplay usage with friends. The service does not track PS3 and Wii game usage, meaning console exclusives like Uncharted 3 and The Legend of Zelda: Skyward Sword were not included in the data.

Other heavily played games, as grouped by genre and ranked in descending order of total first month playtime, include:

Raptr’s report also shows heavily increased usage for a number of pay-to-play massively multiplayer online games that transitioned to a free-to-play model this year. The service recorded an astounding 1,000 percent increase in players for Warner Bros.’ DC Universe Online in the month after it discarded a paid subscription model, as well as a 2,500 percent increase in total play time. Champions Online, All Points Bulletin and City of Heroes also saw heavy increases in average daily playtime after their free-to-play transitions.