Dennis Fong wishes he were an esports player again, with the huge crowds and big prizes that professional gamers are getting these days. But the chief executive of Raptr is doing the next best thing. Raptr is announcing today that its Plays.tv gameplay-recording service is adding two major features: the ability to identify the great moments from a game match and the ability to stitch those moments together in a ready-to-share highlights video. 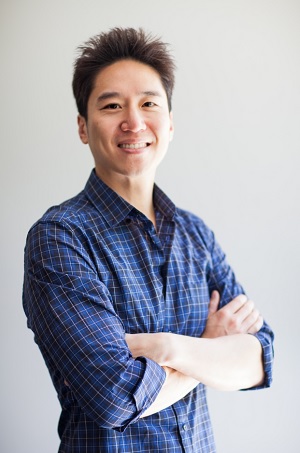 Above: Dennis Fong, CEO of Raptr.

The service will enable pro gamers and amateurs alike to instantly create highlight videos that tell a great story. That should help stoke interest by enabling the near-automatic creation of higher-quality videos, which in turn should get more people excited about the gamer and the game itself. It’s a necessary labor-saving step in the maturing of the esports ecosystem, Fong told GamesBeat. (Fong will be a speaker at our upcoming GamesBeat 2015 event in October.)

Fong, who was a champion player of Doom and Quake in years past, said that Plays.tv — which now has 1.5 million monthly active users — can analyze the game data from a match of League of Legends and identify the best moments in the game, such as a point where you got a kill or got killed in a match. The Highlights and Stitch features are available as an update to Plays.tv, which launched in late March this year as a way to record gameplay and share it with your friends.

“As I’m playing the game, it records the entire session,” Fong said. “You get a timeline of your entire match. We enable you to create a highlight reel as easy as can be. It’s not a super complex, multi-mode suite of editing features. We’re trying to make it so anyone can do it.”

Later on, Plays.tv will add the Highlights and Stitch features for Counter-Strike: Global Offensive and Dota 2.

You can then see the “pin” moments in the reel where something big happens. Fong showed me a video timeline with a notch that marked the point in the game where he got a triple kill in a match. He marked that as a moment and marked other pins where he got kills. Then he “stitched” them together by hitting the CTRL key. The Plays.tv client uploads those clips as a single video, and it becomes available as a post on Plays.tv, where your friends can watch it.

One of the conveniences built into the system is that all of the players who are in the match are automatically tagged. In other words, the entire video is pre-edited. All you have to do is add your comments and post them.

The video is recorded on your hard drive, taking up about 10GB of space. As you play recorded sessions, it saves the video of the entire match. As you record new sessions, the older ones expire. You can hear the voices recording during a match. But you can’t yet add your own voice-over to a video. 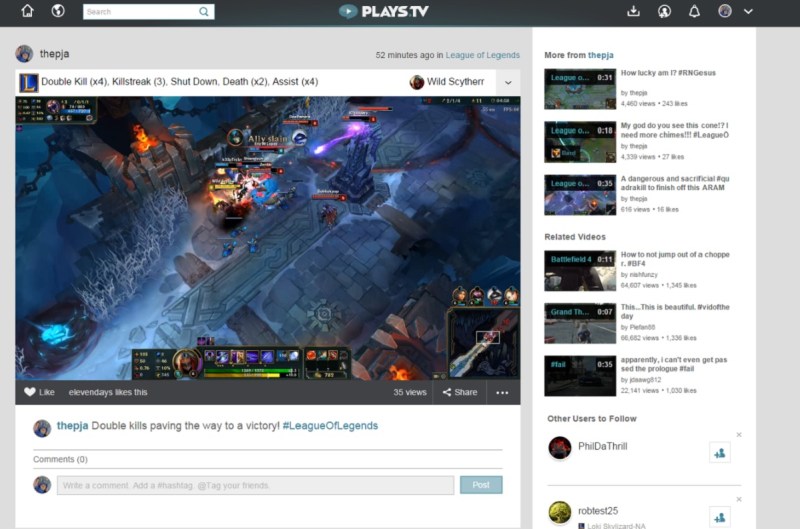 Most pro players and amateurs just don’t have the time to go through a two-hour match to find the minute or so of awesome moments.

“It’s trivial for us to create a highlight reel of all of your kills, deaths, or assists,” Fong said.

League of Legends was a no-brainer for Plays.tv to focus on first since it is the most popular game on the platform. But it takes work to make the highlights and stitching work with different games.

“With the length of the average League game stretching over 30 minutes, it’s always been a pain to track down the breakout plays,” said SØren “Bjergsen” Bjerg, a professional gamer with Team SoloMid. “I love the fact that Plays.tv lets me find and share all the best stuff without even having to think about it.”

Pro teams using Plays.tv include Team SoloMid, Team Liquid, Team Dignitas, and others. So far, users from more than 200 countries have posted videos from 1,600 games on Plays.tv. Fong said he is excited to see pro teams using it and to see Plays.tv used to show the professional player’s point of view in matches in ESL esports tournaments.

“This is obviously near and dear to my heart,” Fong said. 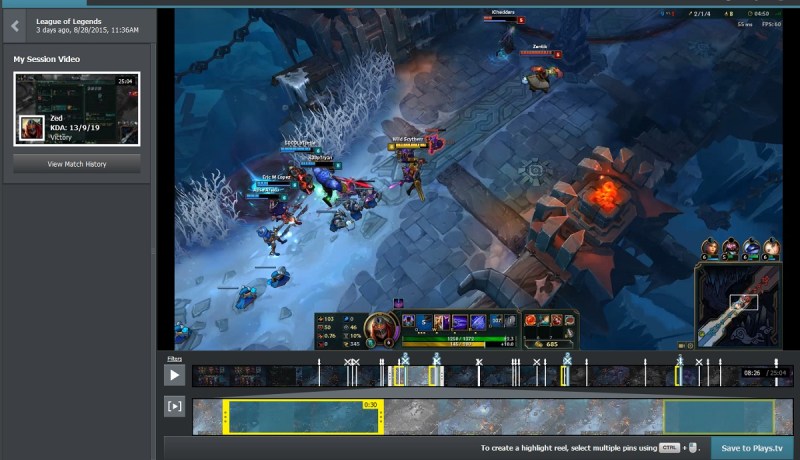 Above: With Plays.tv, users can select multiple “pinned” moments and use the new Stitch feature to instantly combine them into a single highlight reel.