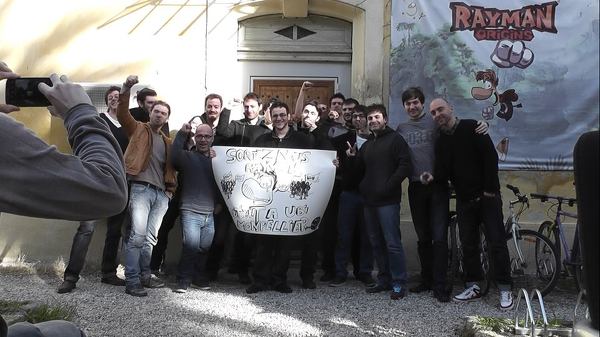 The French have taken to the streets with crudely drawn signs to protest Ubisoft’s decision to delay Rayman Legends for the Wii U.

The developers at Ubisoft Montpelier posed with protesting fans, who gathered around a hand-drawn poster with Rayman’s face on it, which reads in French (thanks to Eurogamer and Stephanie Bergh for the translation): “Free our Rayman. Support Ubisoft Montpellier.” Rayman is also crying and saying “please.”

Beloved game designer Michel Ancel, who oversees the Rayman franchise, is visible in the picture below: 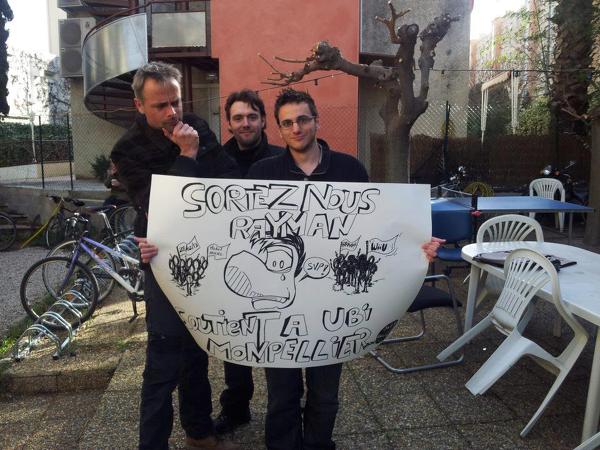 For the unaware, Ubisoft announced a new Rayman platformer for the Wii U around the time of the console’s debut. The publisher originally intended the game to release solely on Nintendo’s new platform. Developer Ubisoft Montpellier devised many of the core mechanics around the specific functionality of the Wii U GamePad controller.

Rayman Legends was due out on Feb. 26, but last week, Ubisoft stunned fans by delaying the Wii U version so that the publisher could simultaneously release newly developed Xbox 360 and PlayStation 3 ports.

Wii U owners weren’t happy about this news, especially since it’s clear that Ubisoft Montpellier had already finished development. Now it’s equally apparent that the developers are also upset.

Ubisoft hasn’t responded to our request for comment on the situation. We will update if that changes.

The publisher probably didn’t make the decision to delay Rayman Legends lightly. It is clearly concerned about making a return on its investment, but I wonder if that’s worth upsetting fans and the company’s own internal studios.