It might not make a lot of sense for a gaming company like Razer to build a device that isn’t great for playing games, but I’m sure glad it did with the Razer Blade Stealth.

Razer has jumped into the ultrabook race, and the result is a powerful, handsome machine. The Blade Stealth is light and inexpensive. It starts at $1,000 (with variations that go as high as $1,600), and that puts it in a great spot for a significant portion of consumers looking to buy a new PC. You won’t do much gaming on this device — at least not without a little help from a separate Razer peripheral — since it only has the integrated Intel HD 520 for graphics. But you may end up doing most of your work on it.

After a month with the $1,200 version of the Razer Blade Stealth that has the lower-resolution QHD+ (2560-by-1440) screen and a 256GB solid-state storage drive, I’ve come away thrilled with its performance as my daily workhorse. I’m going to have a hard time dealing with any laptop that is slower, heavier, or uglier.

It’s great for traveling and for daily use

For most of the last year, I’ve used a desktop as my primary PC. I also had a Gigabyte gaming laptop, and I used a Razer Blade (2015 15-inch) for a while. When Razer sent GamesBeat the Blade Stealth, I was not considering the $1,000 ultrabook category at all. If anything, I was thinking about getting a Chromebook to supplement my computing needs with something ultra-lightweight and with great battery.

The Blade Stealth has won me over.

Razer has made a system that’s easy to use thanks to a competent keyboard, a great touchpad and a crisp display. I’ve found myself avoiding my desktop for much of the day and sticking to the Stealth even when I’m in my office.

With a powerful i7 and speedy storage, I’ve never even once noticed the Stealth lagging or failing to keep up with the work I throw at it. I never use it for editing video or playing games, but I throw dozens of Chrome tabs at it while having an array of other daily tasks running in the background.

The best thing I can say about the Stealth is that I never had to shut down programs or hold back on my typical, heavy Internet use to spare the device’s processors. It let me work how I like to without holding me back. That’s incredible for a device this size.

The Stealth is also the best laptop I’ve ever traveled with. To clarify, I’ve never used a Macbook Air for any extended period of time, but my wife uses one, and I think that Apple notebook still has the advantage here due to a slight edge when it comes to weight and a much better battery. 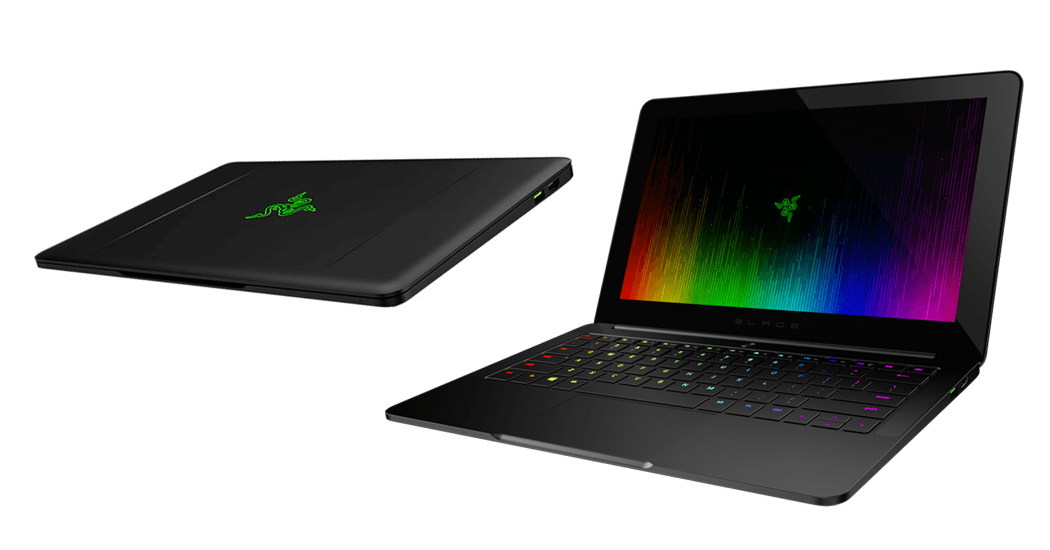 Above: I love the look of the CNC-milled aluminum.

But, again, the Stealth did everything I asked of it — as long as I kept it in power-saving mode and didn’t keep the screen when I didn’t need it. I used it at two conferences, and it didn’t overburden my bag, and its battery survived through the various presentations and fireside chats.

In a cramped space like a plane, I also found myself grateful that the Stealth has a full Windows 10-compliant touchscreen. Sometimes it’s more comfortable to navigate using the screen than trying to get my arm to bend in a way that enables my fingers to reach the trackpad.

I wish the battery did last a little longer. It needs to charge after the work day, so evening writing is often done next the power outlet. But the Stealth is up to every other challenge.

If I needed to make a video call, I never had to run and get headphones and microphone because the Razer’s built-in mic and camera just work. If I had to watch a video, I could count on the Stealth to deliver a great image and sound thanks to its excellent screen and speakers. If I needed to get to work on the go, I could rip the Stealth out of my bag and start it up in a second and even hold it comfortably in one hand if I couldn’t find a place to sit.

As a gaming company, Razer could’ve easily fell into the trap of loading up the Stealth with great specs while forgetting about everything else. Instead, the company obviously put effort into ensuring the laptop provided a great user experience in concert with its impressive processors, screen, and design.

It has a high-quality look and feel

Razer settled on a design ethos long ago. It makes black products with flashes of color. While the company has stuck with this aesthetic for years, it continues to refine this style.

A part of me — a vain, shameless part — loves getting the Stealth out because it looks so different than the sea of Macbook Airs you’ll find at a conference or coffee shop. It has a sleek black shell without the ugly protrusions and utilitarian design choices you’ll find on a lot of other Windows-based notebooks. It is a complete visual package, and that’s before you even turn it on and start making use of Razer’s Chroma lighting.

The Stealth features the full RGB color spectrum under its keyboard, and that means it works with Chroma apps and is reactive to your actions. For example, you can set it up in a gaming mode where they keyboard is all blue except for active buttons like WASD that turn red. Alternatively, you can have it cycle through the spectrum colors to give the Stealth a standout look, or do something more subtle like keeping the keyboard a static green where only pressing a key turns it to something like hot pink.

I think it’s easy to scoff at the Chroma lighting, but I still get excited about these kinds of things. Maybe, once everyone is using something like this, I will get over it. For now, however, I enjoy the idea of turning a $1,000 purchase into something that is fun to look at on its own.

The quality of the Stealth continues once you get your hands on it. The body is a nice, light aluminum that stays cool. The fan almost never kicks on, which is a sign that a lot of engineering went into dissipating the heat of that i7. And the keyboard has decent travel for something so thin.

The screen is amazing

The Stealth has two potential screens. Most other reviews have used the more expensive UHD screen that is full 4K. I’ve had the QHD, which is 2,560 horizontal pixels and 1,440 vertical pixels. That’s comparable to the MacBook Air.

It’s a gorgeous indium gallium zinc oxide (IGZO) display that is great at reproducing colors (although Razer points out that the UHD version is even better with colors). The benefits of an IGZO are that it tends to draw less power than something like an IPS, which is probably the reason Razer was able to use the power-thirsty i7 in place of the Celeron, i3, or Core M you find in the competition.

All of this means that video and images look great on the Stealth, and you have a wide viewing angle so two people can easily cram in front of it on a flight to watch a movie.

The trackpad’s buttons are hard to distinguish

I love the design of the Stealth, but Razer didn’t nail the trackpad. It’s better than a lot of Windows devices (although I did have to do some fiddling with it when I first got it), but its major sin is that it’s too easy to hit the wrong button when you go to click.

If I don’t look down at the trackpad, I have about a 1-in-5 chance of hitting a right-click when I mean to left-click or vice versa. It’s frustrating, and I’ve found now easy way to know where the division between the right and left click is or a way to center my hand without taking a peek.

Battery is decent but also the biggest drawback

The Stealth’s biggest trouble is that it’s battery doesn’t last as long as other laptops in its category.

I’ve gotten six to seven hours, which I think is decent for a Windows machine. But I know the XPS 13 can often squeeze out nearly twice that. Part of me thinks this is the price you have to pay for a powerful i7, but it doesn’t make the comparison to the Dell or Macbook any easier to take. If battery life is your primary concern, I don’t think the Stealth is for you.

One thing that I didn’t get to test is the Razer Core, which is the company’s external graphics-card holster. You can connect the Blade Stealth to the Core to have both a portable laptop and a powerful gaming machine. Here’s Razer’s hype video:

This seems like an interesting solution for someone who doesn’t want to invest in a desktop. The Core is $500 on its own without an included graphics card, which could easily sell for another $350. It’s cool that you’ll have this option, but I’m not going to factor it into my recommendation because I haven’t used it.

Razer is entering a competitive space, and it’s probably not going to unseat Apple at the top of it. But I’ve loved using the Razer Blade Stealth, and I think this market is going to benefit from the competition.

When it comes to recommending it, I would only hesitate if battery is the most important feature for you. If you’re considering this ultrabook space because you want something you can count on to last you all day and all night, you should look elsewhere. In my use, where I’m typically not far from an outlet, I’ve never really encounter issues with the battery, but I could see how road warriors might want something a little less powerful in exchange for an extra two-to-four hours of life.

If you’re in the market for a lightweight laptop that you’ll use around the house and while traveling (but not while you’re away from an outlet for 10 hours at a time), I can easily recommend the Razer Blade Stealth.

Razer loaned GamesBeat the Blade Stealth for the purpose of this review.