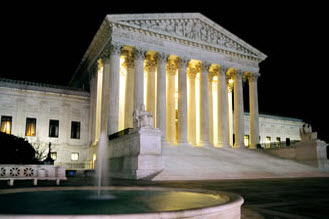 The video game industry is breathing a sigh of relief today with the Supreme Court’s ruling that struck down California’s law banning the sale of violent video games to minors.

Here are some reactions to the decision so far.

Mike Gallagher, president of the Entertainment Software Association, the game industry’s trade group, said in a conference call that it is a “very very historic day for the video game industry.” He said the decision benefits parents, who retain the right to decide what their children can play in the home, and for consumers, who can “enjoy the full range of content that our industry can provide.”

He noted that there were 180 signatories to 27 amicus (friend of the court) briefs on the video game industry’s side. That included the support of 82 social scientists and medical professionals and 10 attorneys general for different states. Gallagher said this was the 13th favorable decision — and most important — in legal proceedings related to violent video games.

“This decision affirms the rights that we believe we have always had,” Gallagher said. Gallagher said the industry will continue to improve its parental controls systems for consoles and the ratings that it applies to games.

The principal author of the California law, state senator Leland Yee, noted that as many as four justices (two dissenters and two with a separate concurring opinion) thought that a law could be narrowly tailored and still be constitutional.

“Unfortunately, the majority of the Supreme Court once again put the interests of corporate America before the interests of our children,” said Yee (D-San Francisco). “As a result of their decision, Wal-Mart and the video game industry will continue to make billions of dollars at the expense of our kids’ mental health and the safety of our community. It is simply wrong that the video game industry can be allowed to put their profit margins over the rights of parents and the well-being of children.”

Yee also praised Justice Stephen Breyer, one of the more liberal justices on the Court and a San Francisco resident, who wrote the dissenting opinion.

“Justice Breyer, in his dissenting opinion, clearly understood the need to protect our children from the harmful effects of excessively violent video games and to give parents a tool in raising healthy kids,” said Yee.

Patricia Vance, president of the Entertainment Software Rating Board (ESRB), heads the industry group, which rates video games. She said in a statement,  “ESRB welcomes the Supreme Court’s decision in this case, especially given its validation of the ESRB rating system as an effective and reliable tool that parents use to decide which video games are appropriate for their children and family. Today’s decision acknowledges the value and effectiveness of the ESRB rating system, the Federal Trade Commission’s positive assessment of our self-regulatory regime, and the latest research showing that game retailers overwhelmingly enforce their voluntary store policies regarding the sale of Mature-rated games. In striking this law the Court has made clear that the video game industry effectively empowers parents to be the ones to decide which games are right for their children.”

Vance added, “The most constructive means of ensuring that children play age-appropriate video games is to educate parents about the tools at their disposal, including ESRB’s two-part rating system (age categories and content descriptors) and rating summaries available at ESRB.org and via a free mobile app. We remain eager to work with government officials, legislators, parents groups and any others who wish to participate in or otherwise support these constructive efforts, which achieve the intended goal without infringing Constitutional rights.”

The Center for Democracy and Technology, a tech lobbying group that supported the video game industry, applauded the decision and what it means for online content as well.

“We are very pleased that the Supreme Court has embraced the idea that voluntary ratings systems are one of the best ways to assist parents in determining what kinds of content their children can view,” said John Morris, CDT General Counsel.  “The video game industry continues to develop user empowerment tools that will help parents achieve this goal in a much more effective — and constitutional — way than the California law.”

Common Sense Media’s chief executive James Steyer, said in a statement, “Today’s decision is a disappointing one for parents, educators, and all who care about kids. But the fight is far from over. Advocates for kids and families can work within the scope of this ruling to protect the best interests of kids. An overwhelmingly high percentage of parents would support a bill that would prevent their kids from walking into a store and buying the most ultra-violent and sexually violent of video games. That decision should be in the hands of parents, not kids or video game vendors, and certainly not the video game ratings board, which recently approved the Dead Space 2 ad campaign that clearly markets a Mature-rated game to kids. We respectfully disagree with the Court when it comes to their analysis of the First Amendment rights of children and families — this is a sanity issue, not a censorship issue. If parents decide a violent game is okay for their kid, that’s one thing, but millions of kids are not able to judge the impact of ultra-violence on their own. Today, the multi-billion dollar video game industry is celebrating the fact that their profits have been protected, but we will continue to fight for the best interests of kids and families. Moreover, we look forward to working with national and state policy makers on another common sense solution in the very near future.”

Ahsan Shaikh,  a video game patent attorney at McDermott Will & Emery, said, “With more spotlight on video game violence, the time is ripe for developers in the industry, both hardware and software, to respond to the increasing attention on video game violence.  Whether it’s an innovation in content restriction or an alternative to displays of violence, the developer that addresses these concerns and patents their innovation will gain a controlling position in the industry now that parents are more acutely aware of the violence prevalent in video games their children have access to.”