This article may contain spoilers for The Last of Us.

You spent years waiting for developers to hurry up and release a big game. You bought it, took it home, and played through it in a couple of days. It was awesome.

Read+Watch+Listen is about other material you might want to check out if you’re just not ready to move on. We’ll suggest media that share something in common with a particular game and tell you why it might be of interest.

In this installment, we’re looking to supplement your experience with developer Naughty Dog’s PlayStation 3-exclusive stealth/action/horror game The Last of Us, which came out a couple weeks ago.

If you couldn’t get enough of: Jaded guys reluctantly transporting the most important girl on the planet for a rebel group.

This ultrableak 2006 film from Alfonso Cuarón (director of Prisoner of Azkaban, the first legitimately good Harry Potter movie) stars Clive Owen and depicts a world where women have been unable to conceive children for almost 20 years. Owen’s character, Theo Faron, must escort a pregnant woman through the United Kingdom, which has become a police state. 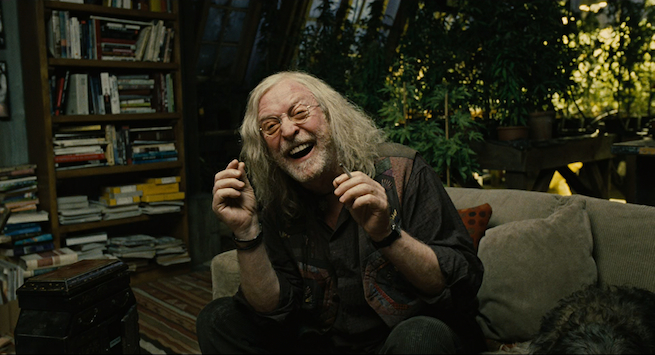 Above: Just look what they did to Michael Caine.

Children of Men’s world is certainly more populated than the one in The Last of Us; overcrowding is actually a source of conflict as the U.K. government tries to manage the flood of immigrants seeking asylum due to the country’s relative stability. Opposing the establishment is a band of rebels called The Fishes (called The Five Fishes in the original novel — compare this to the Fireflies in The Last of Us) who employ the hero to transport the woman and her precious cargo.

While the interactions between Faron and Kee, the pregnant refugee, don’t really match those between Joel and Ellie, the hope that the two girls represent — fertility in the film and immunity to the cordyceps fungus in the game — gives them comparable roles in both stories. Throw in the conflict between the government and the rebels, with our ambivalent travelers just trying to survive in the middle, and Children of Men has plenty to call back your game experience and bring you down all over again.

If you couldn’t get enough of: Postapocalyptic parenting, scrounging for supplies, and cannibals. 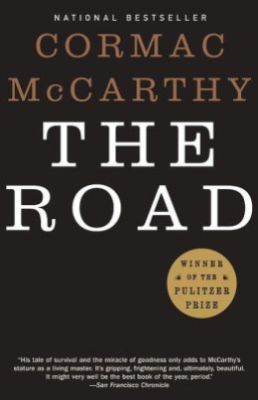 Above: It’s the feel-good book of no year, ever.

Cormac McCarthy’s hyper-grim novel also came out in 2006 (what was up with 2006? Nobody was optimistic then) and tells the story of a man and his son making their way through the wasteland toward the sea after a global disaster that is never made specific but which apparently also destroyed most of the world’s apostrophes.

You’ll see what I mean when you read it.

Unlike Children of Men‘s Britain, the world in The Road is sparse. Encountering other people is rare but always tense because the duo must protect their valuable supplies from gangs of bandits, random thieves, and cannibals.

The section of the book dealing with cannibalism is particularly depraved; it makes the comparable sequence in The Last of Us  almost boring by comparison. While David and his followers are certainly immoral, violent, and demented in the game, The Road introduces its readers to the actual mechanics of human ranching in a single grotesque scene.

More poignantly, however, both The Road and The Last of Us depict interactions between characters with different perspectives on the world. Both Joel and the man in the book know what life was like before the cataclysm; their wards do not. Look out for the scene in The Road in which the two discover an intact can of soda. Somehow, soda is this book’s giraffes.

If you couldn’t get enough of: The Last of Us’s dilapidated, ruined settings.

The Kingston Lounge is a blog by Richard Nickel, Jr., devoted to “Guerrilla preservation and urban archaeology.” Each post contains photos and descriptions of a particular abandoned building, some of which have not seen use in decades.

If you spent a lot of time admiring The Last of Us’s run-down renditions of familiar locations like hotels, schools, and restaurants, you might enjoy looking at some real-life wrecks like Ellis Island’s Baggage and Dormitory building or The Waldo Hotel in Clarksburg, W.Va. Or, what the hell, how about an insane asylum or two? 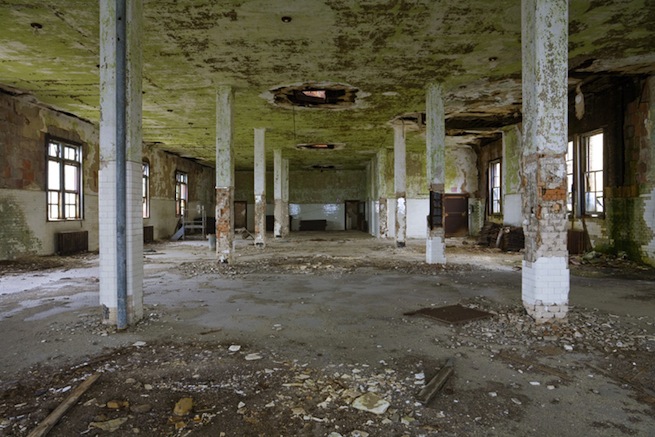 Above: Just imagine it pitch-black and full of Clickers.

If you couldn’t get enough of: Bill, the haunted survivor in Lincoln. 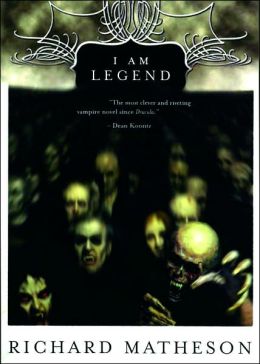 Above: Seriously, I’m going to read it again, right now.

Don’t worry — this entry isn’t about any of the movies, but 1964’s The Last Man on Earth will always have a special place in my heart.

The recently deceased author Richard Matheson’s 1954 novel is still one of the must-read horror books. It tells the story of Robert Neville, the only remaining human on the planet; everyone else is a vampire. By day, Neville scavenges the desiccated husk of Los Angeles for supplies and food, stopping occasionally to dispatch any nests of undead he finds. At night, he huddles inside his fortified house while his former friends and neighbors stand outside and taunt him to come out.

It’s an engrossing character study that deals with survival, guilt, and the isolation that accompanies both. Neville’s ordeal closely mirror’s Bill’s in The Last of Us — the only human in a city full of infected — but is actually more harrowing because unlike Bill, Neville has no human contact whatsoever.

This book influenced George Romero’s zombie classic Night of the Living Dead, which means that if you are at all tired of zombies at this point, you can blame Matheson. But don’t really blame Matheson because this book is amazing.

Orson Welles’ ‘The War of the Worlds’

If you couldn’t get enough of: What the start of the end of the world looks like.

The opening sequence of The Last of Us shows us a quiet moment in Joel and his daughter Sarah’s lives moments before the cordyceps outbreak begins. Once that begins, however, the streets erupt into chaos. Everyone’s running, and nobody’s entirely clear on what is going on.

If those opening moments of panic are your thing, you might want to check out Orson Welles’ radio drama based on H.G. Wells’ 1898 novel about invaders from Mars. Broadcast as a Halloween special in 1938, Welles’ show is said to have caused widespread panic when late-arriving listeners mistook the dramatized “reports” from the Martian landing sites as real. That’s what some newspapers reported, anyway.

If you’re interested in the complete story — along with other tales of puckish radio types driving entire cities into a tizzy — check out this episode of public radio station WNYC’s Radiolab. And if you’d like to hear what all the fuss was about, here’s the entire original broadcast:

I haven’t read, watched, and listened to everything, obviously. Do you have another piece of media that goes with The Last of Us? Feel free to share in the comments. And be sure to check out the other entries in this series here.