This article may contain spoilers for Batman: Arkham Knight.

Read+Watch+Listen is about other material you might want to check out if you’re just not ready to move on. We’ll suggest media that share something in common with a particular game and tell you why it might be of interest. This time, we’re seeing what’s on the other side of the Knightfall Protocol with Batman: Arkham Knight, which is out now for PlayStation 4, Xbox One, PC, Mac, and Linux. 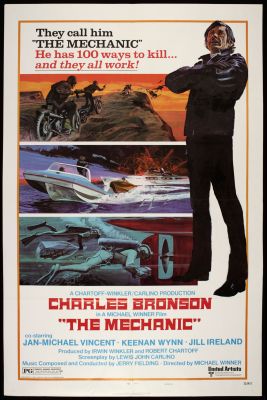 Above: I can not impress upon you enough how much I love that tagline.

If you couldn’t get enough of: Apprentices turning against their mentors.

I have to spoil 1972’s The Mechanic a little to tell you how great it is, but once you’re watching this, it isn’t hard to predict where it’s headed. It’s just like how it was incredibly obvious who was under the red hood the Arkham Knight was wearing.

Charles Bronson plays Arthur Bishop, a world-class assassin who takes on a narcissistic ward (Jan Michael Vincent) after murdering his father. He begins to teach him the art of murder, complications arise, and then things go terribly wrong.

The leads in this film don’t quite follow the same trajectory as Bruce Wayne and Jason Todd in Arkham Knight, but they have a similarly weird and disturbing father-son resentment thing going on.

And, you know, they also have that whole thing where Bronson is teaching Vincent how to kill people, but Batman’s more about stalking rooftops in search of criminals to introduce to his Batfists. So that’s a little different, too.

If you couldn’t get enough of: Madmen forcing people through a series of deadly tasks. 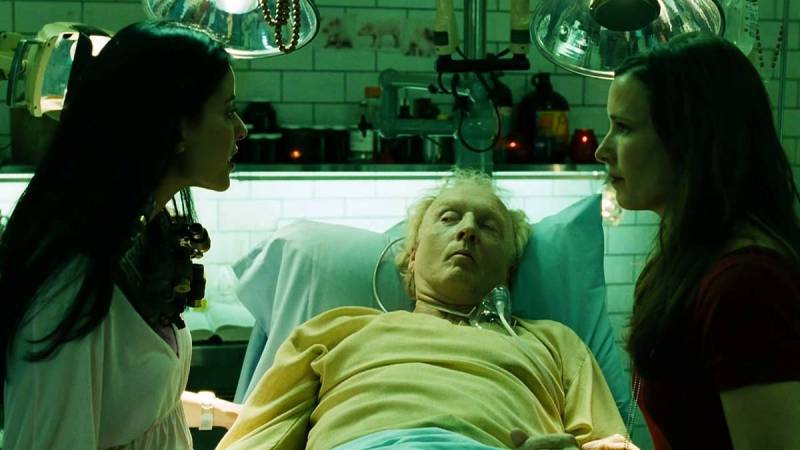 Above: Man, it’s hard to find shots from Saw III that are safe for work.

The sixth film in the Saw series is a closer analog to the Riddler sections of Arkham Knight, in which Batman has to solve dangerous puzzles to save Catwoman from an exploding collar. That entry has the lead completing a series of “tests” to disarm bombs attached to his own body. But Saw III is just a better movie, and it also has an exploding collar.

Angus Macfadyen (Braveheart) plays Jeff, a man overcome with grief and rage at the death of his young son. Series villain Jigsaw gives him a chance to confront the people he blames for the tragedy and opportunities to either doom or forgive them. It all plays out like a really intense form of exposure therapy, except that instead of Jeff going to a crowded grocery store to learn to cope with social anxiety, he has to decide whether or not to risk a shotgun blast to get the key to a machine that’s slowly and gruesomely killing someone.

Riddler never gets that graphic, but his love of bizarre and elaborate traps in both this game and its predecessor, Arkham City, evoke the Rube Goldberg-style death machines the Saw series is famous for.

‘Her Smoke Rose Up Forever’ 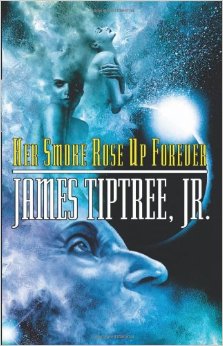 Above: I don’t know what the title means, either.

If you couldn’t get enough of: People stuck in their worst nightmares.

You really should check out the entire collection that takes its name from this short story, but this tale in particular has some small connection to Arkham Knight. It’s by James Tiptree, Jr., and it’s a series of mostly unrelated scenes with one thing in common: They’re all of the worst moments of the main character’s life.

I won’t spoil the incredibly weird ending, but transporting a person into an inescapable realm of personal suffering is what Scarecrow’s signature fear toxin is about.

And I don’t have much to add about the story because it’s like 20 pages long, but when you’re done with that, you can flip to the beginning of the book and read The Last Flight of Doctor Ain, which is about a mad doctor with a decidedly Jonathan Crane-style solution for the world’s problems.

And then read The Man Who Walked Home, because it’s completely brilliant.

If you couldn’t get enough of: People arguing with their darker halves.

A big part of Batman’s arc in Arkham Knight concerns his hallucinations of Joker, who encourages him to kill and give himself over to his darker impulses. The two characters are, themselves, opposites, with the Dark Knight’s stoic, iron-willed pursuit of order playing against the Clown Prince of Crime’s gleeful sowing of chaos, mayhem, and insanity.

And if you dug the scenes in which Batman struggles against his urges — or even gives in and lets Joker take over — you might want to check out this musical based on Robert Louis Stevenson’s tale of well-meaning science gone tragically wrong.

Or you could just check out this track, which has Jekyll and Hyde doing a one-man duet. It’s pretty amazing.

I haven’t read, watched, and listened to everything, obviously. Do you have another piece of media that goes with Arkham Knight? Feel free to share in the comments. And be sure to check out the other entries in this series here.