This article may contain spoilers for Assassin’s Creed: Syndicate.

Read+Watch+Listen is about other material you might want to check out if you’re just not ready to move on. We’ll suggest media that share something in common with a particular game and tell you why it might be of interest. This time, we’re steaming right along with Assassin’s Creed: Syndicate, which is out now for PlayStation 4, Xbox One, and PC. 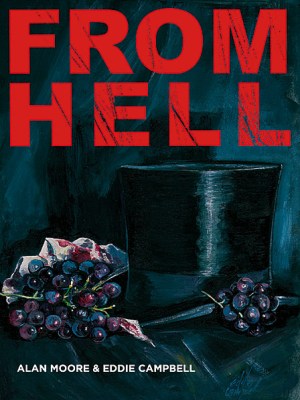 If you couldn’t get enough of: shadowy conspiracies and revisionist history.

This impressive graphic novel (in every sense of the term) comes from writer Alan Moore and artist Eddie Campbell, and it dramatizes writer Stephen Knight’s version of the Jack the Ripper murders as he describes it in his largely discredited book Jack the Ripper: The Final Solution. Knight — and, subsequently, Moore — blamed the crimes on a massive attempt to cover up and remove a threat to the monarchy, but it’s also a vehicle to depict the murders in slow and often excruciating detail; one takes over 30 pages to finish.

We know that Syndicate takes place in 1868, 20 years before the Ripper murders, but it does share a location in Whitechapel and a character in real-life inspector Frederick Abberline, who appears in both the game and From Hell. Assassin’s Creed fans will also enjoy the book’s far-reaching, Templar-style conspiracy involving the Freemasons. It also includes a “hidden history” like the one we’ve been participating in throughout the series, and one character describes — at great length — the signs of an invisible hand guiding the building and administration of all of London since its creation.

Spoiler: The Freemasons did everything. That’s why London has obelisks all over the place, apparently.

If you couldn’t get enough of: brutal, full-on street rumbling. 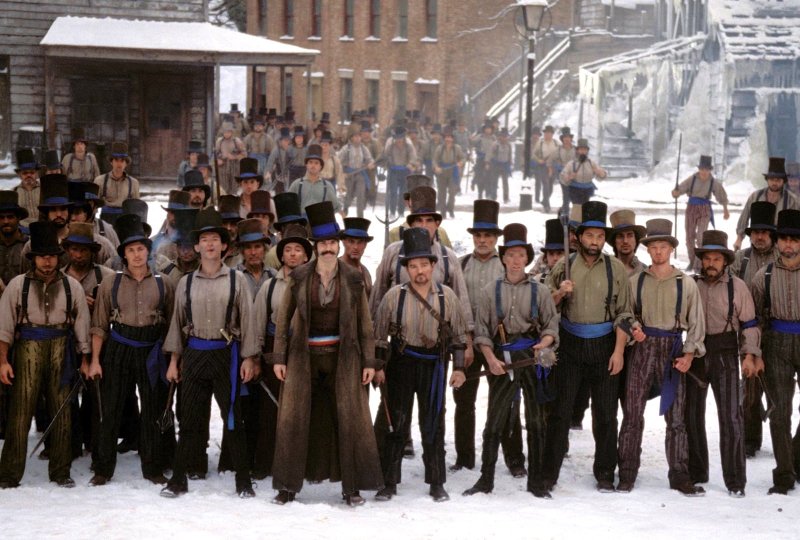 Above: Bill the Butcher has a better sense of color than Jacob Frye. And he’s way more adept at gang names.

Director Martin Scorsese’s 2002 epic takes place a mere five years before the events of Syndicate, but its events occur about 3,500 miles away. But if this movie is any indication, both the U.S. and England had pretty much the same idea about how rival gangs settle their differences: by meeting en masse in a wide-open area and beating the hell out of each other.

Leonardo DiCaprio headlines Gangs, but its real star is Daniel Day-Lewis, who plays villain Bill “The Butcher” Cuttings. Bill heads up the xenophobic Natives, which came to power after deposing the rival, Irish-immigrant Dead Rabbits. And both of these names are better than “The Rooks.”

Much of the film concerns late-19th century political corruption and accents of varying quality, but it begins and ends with huge, hand-to-hand rumbles that the Syndicate developers almost certainly watched on a loop while they made the Gang Wars that allow Jacob and Evie to take over neighborhoods.

The art of Atkinson Grimshaw

If you couldn’t get enough of: scenes of Victorian England. 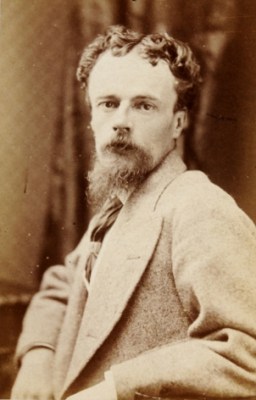 John Atkinson Grimshaw (1836-1893) had two major things going for him: He was an immensely talented painter of landscapes, and he possessed one of the single most amazing names we’ve ever heard.

Plus, he looked more than a little like public-television art god Bob Ross. I think it’s the beard.

But Grimshaw’s work is the relevant part here, and it wouldn’t be hard to imagine that the art department of Ubisoft Quebec just kept a book of his collected works around to use as concepts and references.

Check out Ubisoft’s and Grimshaw’s work side by side below; we aren’t saying they’re identical, but it’s cool to see two interpretations of similar scenes next to each other. Click on the images to see them full-size.

If you’re looking for more paintings by Atkinson Grimshaw, check out his page at Art.com.

If you’re tired of: turning on the subtitles.

If you haven’t seen every (good) film Guy Ritchie has ever made, Syndicate co-hero Jacob Frye’s repeated  use of Cockney rhyming slang might have sent your head spinning until you turned on the in-game subtitles, which helpfully translate the dialogue from its original English.

But learning new languages can be fun; just ask YouTube user iswearenglish, an English Language Learner teacher whose channel contains hundreds of quick lessons in pronunciation and usage of (British) English words and phrases. Mixed in with his videos promoting proper English, he includes a handful of tutorials on the mysterious language and customs of the Cockneys. And he delivers them in such an earnest and helpful tone that you almost don’t notice when he starts teaching you less savory terms like “Donald Duck” and “Anthony Blunt.”

Have a butcher’s below.

I haven’t read, watched, and listened to everything, obviously. Do you have another piece of media that goes with Assassin’s Creed: Syndicate? Feel free to share in the comments. And be sure to check out the other entries in this series here.