This article may contain spoilers for Call of Duty: Advanced Warfare.

Read+Watch+Listen is about other material you might want to check out if you’re just not ready to move on. We’ll suggest media that shares something in common with a particular game and tell you why it might be of interest. This time, we’re building onto your time with Call of Duty: Advanced Warfare, which is out now for PlayStation 4, Xbox One, PlayStation 3, Xbox 360, and PC.

If you couldn’t get enough of: Badass soldiers in exosuits.

Director Doug Liman’s sci-fi action film has Tom Cruise Groundhog Day-ing his way through an alien invasion. It’s a little more involved than that, but the main thing here is that he and his fellow soldiers commit their acts of xenocide in performance-enhancing suits called “Jackets.”

The movie’s exos are a little more elaborate than Advanced Warfare’s; they include shoulder-mounted weapons like the ones the Predator has, and they cover more of the wearers’ bodies. But it still amounts to people doing crazy acrobatic moves while firing giant guns, and it’s also just a really cool movie. 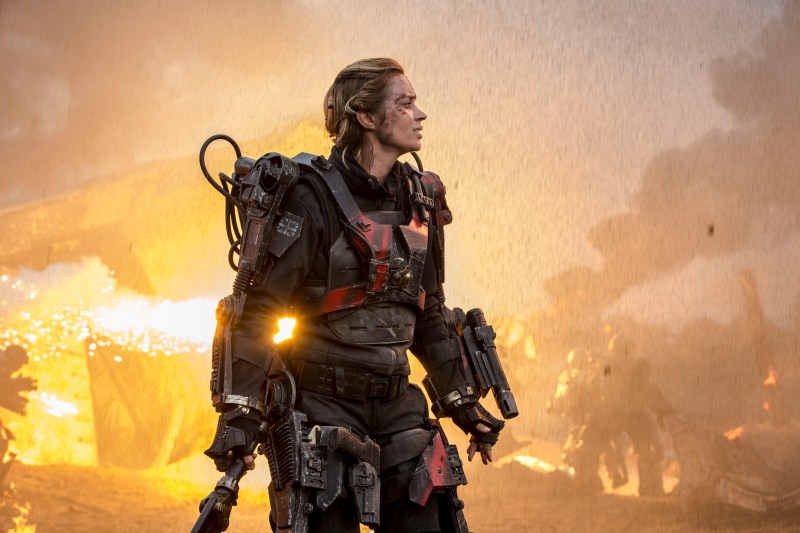 Above: Plus, Emily Blunt is awesome in it, and her armor looks like something out of Mass Effect.

If you couldn’t get enough of: Amazing artificial limbs.

Advanced Warfare hero Jack Mitchell sports a cutting-edge fake arm that functions exactly like the one he loses so poignantly at the end of the first mission. We aren’t quite there yet, but inventors like Dean Kamen (inventor of the Segway) are working on it. Here he is at the 2007 TED technology and design convention talking about his plans for impressive and almost fully functional prosthetics for soldiers.

If you still couldn’t get enough of: Amazing artificial limbs.

If you’d like to see some high-tech prosthetics that people are wearing right now, check out the bebionic 3 by RSLSteeper, a cyberhand so versatile that you can operate a computer mouse with it:

Wearers who don’t want to draw too much attention to the miracles of technology and engineering they’re using to tie their shoes can blend in with a silicone glove that comes in a variety of skin tones or “a jet black shade for a more futuristic appearance.”

If you couldn’t get enough of: The KVA’s technophobia.

Hades, the (first) villain of Advanced Warfare, thinks technology has gotten out of hand and dedicates himself to returning the world to its natural state. In order to further explore that idea, I went onto the devil Internet and compiled this playlist of songs about our relationships with our electronic friends.

I haven’t read, watched, and listened to everything, obviously. Do you have another piece of media that goes with Call of Duty: Advance Warfare? Feel free to share in the comments. And be sure to check out the other entries in this series here.