This article may contain spoilers for Far Cry 4.

Read+Watch+Listen is about other material you might want to check out if you’re just not ready to move on. We’ll suggest media that shares something in common with a particular game and tell you why it might be of interest. This time, we’re expanding on your time with Far Cry 4, which is out now on PlayStation 4, Xbox One, and PC.

If you couldn’t get enough of: Exotic locales, extreme violence, and charismatic villains.

Director Martin Campbell (Casino Royale) helmed this 1994 action film that could only be more like Far Cry if it were called “Far Cry: The Movie” (not to be confused with the actual, crappy Far Cry movie from German anti-director Uwe Boll).

It depicts a future in which corporations run the prison system, and they decide that it’s not very cost-effective to house, clothe, and feed the most dangerous convicts. So instead, they just drop them onto a tropical island and let them fend for themselves.

Ray Liotta stars as the most recent arrival, who discovers that the island contains two outposts. One is peaceful and cooperative, and the other is made up of people who seem like they were kicked out of the enemy gang in The Road Warrior for being too crazy. And then everyone fights. 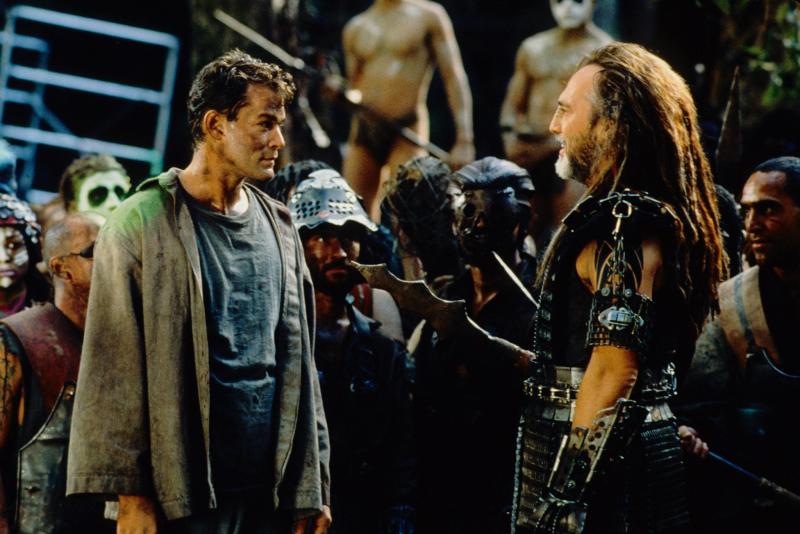 Above: I’m actually going to go watch it right now.

The real highlight of the movie, though, is Stuart Wilson’s performance as baddie Walter Marek (right, above). Marek’s simple goal is to run everything while killing everyone who opposes him, and he somehow manages to be completely charming despite the fact that he cuts a lot of people’s heads off.

Seriously, this movie has more decapitations than Assassin’s Creed: Unity.

If you couldn’t get enough of: Fighting animals.

Whether you intentionally go hunting or not during your time with Far Cry 4, you’re certain to run into some animals that would love to murder you. You’ll just be wandering around, going about your business of liberating Kyrat or gathering herbs, and then you’ll hear a growl or screech and only have an instant to react before something swoops or pounces on your face. And if you want to see more of that, here are some quick film recommendations.

If you couldn’t get enough of: Exploring the Himalayas.

Far Cry 4 hero Ajay Ghale spends a little bit of time up in the mountains, and they’re always just kinda hanging out in the background as he makes his way across Kyrat. And if you’d like to know what it’s like to actually attempt to climb them, here’s a book that will tell you all about the worst-case scenario. 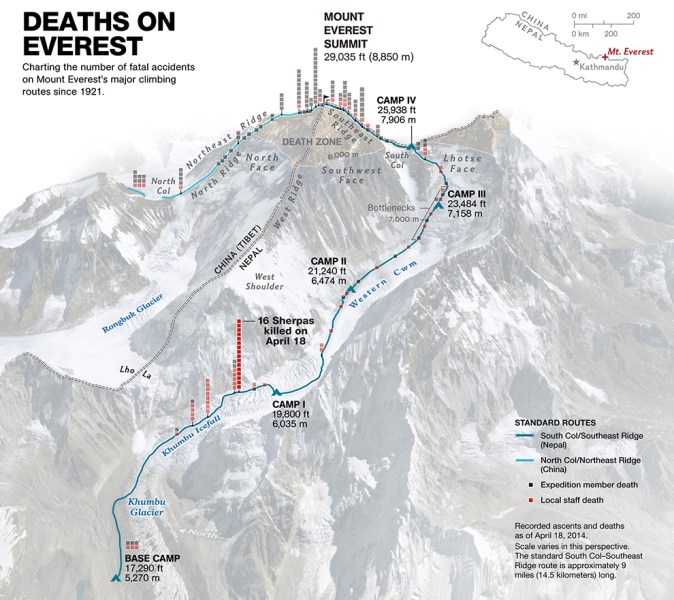 Above: Just putting this here in case anyone is interested.

The Climb is about a rogue storm on Mt. Everest that killed eight climbers. It’s by late Russian mountaineer Anatoli Boukreev, who was on the mountain during the storm and saved several lives. This is a response of sorts to the much more famous book Into Thin Air by Jon Krakauer.

The author of that book questioned some of Boukreev’s actions during the crisis, and The Climb serves as the mountaineer’s rebuttal. It also includes accounts from other climbers who were there, so it’s basically a comprehensive report on why mountain climbing is so damned dangerous.

If you couldn’t get enough of: Radio Free Kyrat.

You know you’re making progress in Far Cry 4 when you can get into a car and hear Radio Free Kyrat instead of propaganda messages from Pagan Min’s Ministry of Telling You What to Do (not its real name).

And if you’re interested in hearing more subversive, unauthorized, occasionally insane radio, you can listen to all you want at this Internet archive. It’s a collection of content from the ’90s up to September 2011, and it includes such shows as “Barnyard Radio,” “Eccentric Shortwave,” and “Orbital Mind Control Satellite.”

Look, I said it was occasionally insane. But it’s also incredibly entertaining.

I haven’t read, watched, and listened to everything, obviously. Do you have another piece of media that goes with Far Cry 4? Feel free to share in the comments. And be sure to check out the other entries in this series here.