This article may contain spoilers for Middle-earth: Shadow of Mordor.

Read+Watch+Listen is about other material you might want to check out if you’re just not ready to move on. We’ll suggest media that shares something in common with a particular game and tell you why it might be of interest. This time, we’re throwing down some stuff that’s kinda like Middle-earth: Shadow of Mordor, which is out now for PC, PlayStation 4, Xbox One, PlayStation 3, and Xbox 360 (check out our review here).

‘Yojimbo’ and/or ‘A Fistful of Dollars’

If you couldn’t get enough of: Mysterious loners destroying hostile factions from the inside. 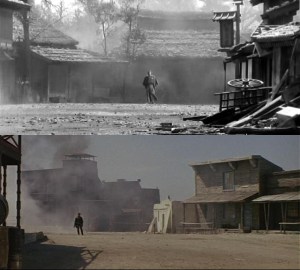 Above: They’re actually not similar at all.

Whether you prefer director Akira Kurosawa’s samurai version or Sergio Leone’s western, the story is the same: A drifter enters a town in which two gangs are fighting each other for total control, and he infiltrates both to play them off of each other. Whether he’s doing so to liberate the town or just because he sees an opportunity to make some money is up to you, but the point is that he plays both sides so effectively that he’s the last man standing at the end.

Speaking of which, Last Man Standing is a Prohibition-era adaptation of the same story starring Bruce Willis, but it’s not very good.

In Shadow of Mordor, you engage in some similar shenanigans by interceding in Uruk power struggles and even creating some yourself. Sure, neither Toshiro Mifune nor Clint Eastwood could bend others to their will just by slapping them really hard in the face (I’ve heard rumors about Bruce Willis, but nobody’s talking), but that’s just something extra for you to play with in Mordor. It’s a more involved version of the movies’ plots that also allows you to control Sauron’s high-ranking Warchiefs or replace them with Uruks that you command.

If you couldn’t get enough of: Obsession with seemingly undying foes (and creepy eyes).

If you’re talking about obsession literature, a pretty obvious choice is Herman Melville’s Moby-Dick. And when you put it up against Shadow of Mordor, it actually puts the player in the position of the evil and relentless whale who goes around maiming and disfiguring Uruks and leaving them thirsting for revenge.

But I already used this book in an earlier article, so to avoid repeating myself, I’ll go with Edgar Allan Poe’s classic short story The Tell-Tale Heart. If you haven’t read it, it’s about a man who becomes so obsessed with his elderly roommate’s “vulture-eye” that he sneaks into the guy’s room every night to stare at it. Because he can’t stand it. Don’t get him wrong; he’s totally fine with the old man himself, but he just hates that creepy eye.

Things escalate from there, and without just describing the entire story, just know that the title comes to play near the end, and it’s a pretty great payoff. You can read it here. 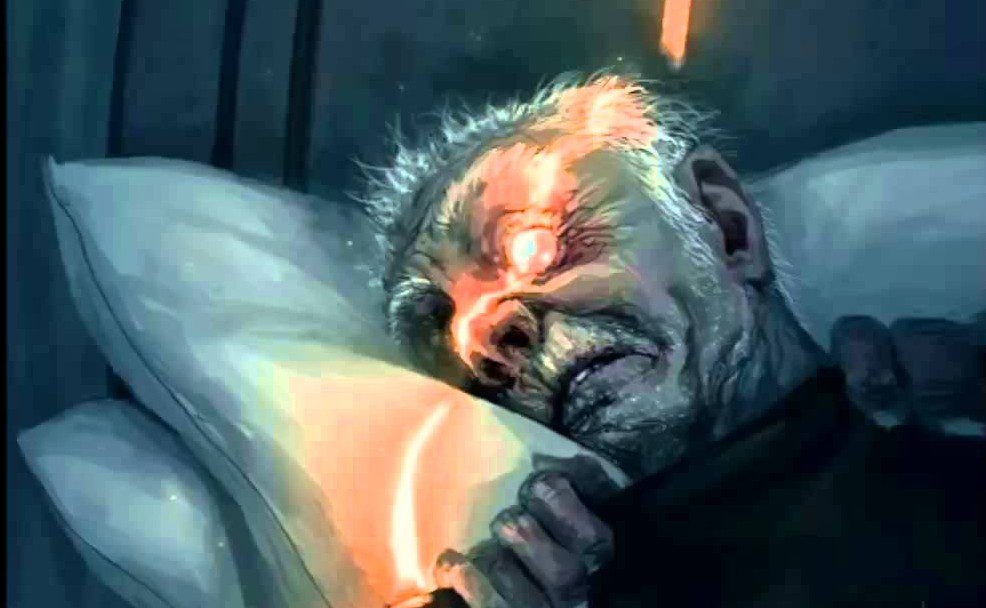 Above: At the end, the narrator discovers that the Tell-Tale Heart was within him the whole time, and also it represented love. Except the opposite of that because this story is creepy as fuck.

In Mordor, you will meet hundreds of interesting and stimulating Uruks of an ancient culture and kill them. And in doing so, you will make some “friends,” by which I mean “mortal enemies who will chase you ’round perdition’s flames before they give you up.”

You’ll run into Uruks that you thought you’d killed, and they’ll be mad at you and swear vengeance, and then you kill them again, but they just keep coming back. The current thinking is that you have to decapitate an enemy to kill him permanently, but I swear that one time I lopped off Grishnak Ass-Painer’s head and launched it halfway to Minas Tirith, and he showed up again an hour later wearing an eyepatch.

The other option is that an Uruk kills you, and it’s especially grating when it’s just some random guy who’s now making his career over your dead body. Then it is you who will track him to no end and show up like, “Guess who’s not dead?”

But you’ll have to provide your own eyepatch in that case, and the Uruks will never see it because they live in a fantasy world inside your television.

If you couldn’t get enough of: The forging of powerful rings (and mythical beings bickering over them).

Composer Richard Wagner’s first opera in his four-part Der Ring des Nibelungen tells the origin of a ring that is capable of ruling the world. But while the forger of Middle-earth’s One Ring is a kidnapped Elf working under the influence of the Dark Lord, the golden band in Wagner’s opera comes courtesy of an ugly dwarf who makes it to spite three river nymphs for not having sex with him.

Nibelungen was, in fact, a heavy influence on The Lord of the Rings author J.R.R. Tolkien, including the curse that keeps the Omega Bling passing from owner to owner. And both Rheingold and Shadow of Mordor serve the same functions to the larger stories that follow by providing backstory and foreshadowing the conflicts that will change everything.

It’s all epic stuff, and if you have two and a half hours free to listen to the opera, it’s worth the time.

For the shorter version, however, you can also check out this episode of public-radio station WNYC’s Radiolab that also throws in some history and an interesting discussion of the entire four-part cycle:

I haven’t read, watched, and listened to everything, obviously. Do you have another piece of media that goes with Middle-earth: Shadow of Mordor? Feel free to share in the comments. And be sure to check out the other entries in this series here.